We’re preparing an upcoming product that analyzes sustainability and financial risk in the supply chains of Kuala Lumpur Kepong (KLK:MK), a Malaysian multinational company and one of the largest palm oil plantation companies in the world.

In advance of this release, here we present our initial analysis and recent news on KLK in Papua New Guinea.

On May 20th, communities in Papua New Guinea won a court case against KLK. KLK had previously heralded its acquisition of a majority stake in a 44,000-hectare deal as a milestone in the company’s history. KLK planned to develop this area into a palm oil plantation. Most of the area in question, the Collingwood Bay region, is pristine tropical forest containing extremely high levels of biodiversity. KLK claimed it had legitimate land titles through local companies. Community representatives had already voted against palm oil plantations, and went to court. Unlike many countries, Papua New Guinea recognizes the authority of communities to make decisions over their ancestral lands. The May 20th decision by the National Court of Papua New Guinea ruled that KLK’s claims were null and void. The company announced its court defeat before the Malaysian stock exchange. 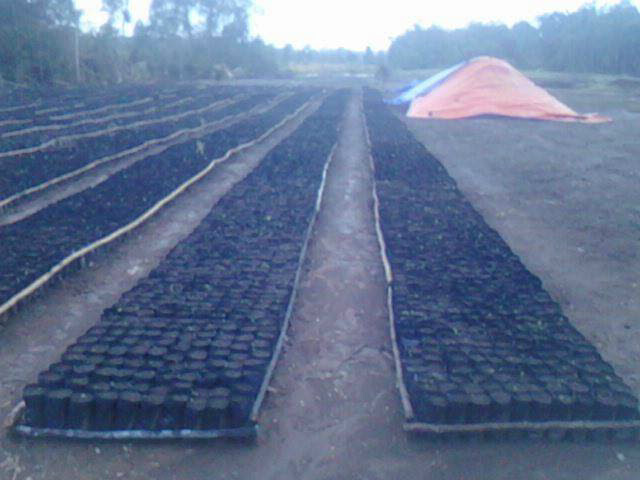 A KLK nursery in Collingwood Bay

KLK is also under scrutiny for other sustainability issues, as documented in a recent report by the NGO Rainforest Action Network. Issues range from the use of child and forced labor in Indonesia, to land grabbing and assault in Liberia, and destroying orangutan habitat in Indonesia. Managers of a KLK subsidiary are facing a court in Indonesia for allegedly contributing to fires in Sumatra, causing the mid-2013 haze episode in Singapore.

We have provided previous analysis on palm oil production in Papua New Guinea, specifically IRIS Corporation. In April, IRIS announced it had entered into an agreement for clearing, logging, planting, and setting up of factories for various agricultural commodities in a 100,000-hectare parcel of land in Oro province, Papua New Guinea. The largest palm oil plantation company in the world, FELDA, owns 26.7 per cent of IRIS. Oro Governor Garry Juffa has already warned IRIS that it is embarking on a project without permission from the provincial government and its people, an action that has clear legal repercussions in Papua New Guinea.

In Papua New Guinea, plantation companies like KLK or IRIS may not be able to fully develop their claimed land bank due to legal issues. Our upcoming report will more fully explore the financial and sustainability risk associated with KLK’s operations in Papua New Guinea and other countries.