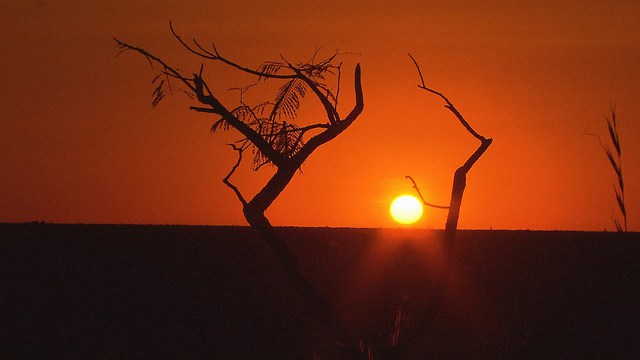 Following the financial crisis of 2007-2008, there has been a growing investor interest in farmland around the world. In Brazil, this interest has been most pronounced in the Cerrado, a large tropical savanna biome that covers more than 20 percent of the country. Here, institutional investors such as pension funds and private equity, real estate firms and agribusinesses have adopted business models that aim to produce value from land appreciation by acquiring land, clearing it from its native vegetation and transforming it into farmland. While land prices in the Cerrado have increased nearly fivefold between 2003 and 2016, there are signs that the farmland real estate market is currently overheated.

These large-scale farmland acquisitions have resulted in significant environmental and social impacts. Between 2013 and 2015, 1.9 million hectares (ha) of the Cerrado was cleared of its native vegetation. Cerrado deforestation contributed to 29 percent of Brazil’s carbon emissions. Moreover, land acquisition in Brazil is linked to a process of grilagem, whereby land deeds are falsified and later sold. Traditional communities have been impacted through forced removals, loss of hunting grounds and other livelihood impacts.

The Brazilian Cerrado is the biologically richest savanna in the world, home to hundreds of endangered species.  It covers more than 20 percent of Brazil’s territory. The savanna’s native habitat and rich biodiversity are being destroyed faster than the neighboring Amazon. As the source of rivers and waterways, the Cerrado functions as a vital source of water for the region as well as many of Brazil’s largest cities. It is also home to many traditional communities that have inhabited the area prior to the agricultural expansion.

While direct equity or debt financing of agribusinesses is the most common type of investment in the agricultural sector, investors have increasingly turned to a strategy of direct farmland purchases. As explained by the agricultural analyst group Gro Intelligence, “an investment in agriculture and forestry is a claim on two streams of returns: the financial return from crop and harvest income and the capital appreciation of land or timber.” In 2015, TIAA-CREF, a leading US-based retirement and investment services provider, closed its USD 3 billion Global Agriculture II LLC fund, the largest farmland investment fund to date. This fund invests in farmland assets across North America, South America and Australia.

Brazil is one of the five countries with the most international acquisition of agricultural land. International investment and pension funds, as well as domestic agribusinesses and real estate firms have been buying large tracts of land. Consequently, Brazilian farmland prices have increased exponentially in recent years.

The Cerrado, one of the most environmentally sensitive biomes in the world, is at the heart of this farmland investment growth. According to 2017 data by Informa Economics FNP, a consultancy company specialized in the land market in Brazil, land prices in Brazil’s Cerrado increased nearly fivefold between 2003 and 2016 (corrected for inflation). Land holdings are highly concentrated in Matopiba; ten agribusiness and real estate firms control a total area of 1 million ha of farmland. These firms include SLC Agrícola, Agrifirma, BrasilAgro, YBY Agro, Radar, AgriInvest and Terra Santa Agro.

Institutional investors that are active in the Brazilian land market point to macroeconomic fundamentals as the basis for their investment strategy. The expected growth in global population, paired with a growing demand for protein from meat, dairy and nuts drives interest in farmland in countries such as Brazil. However, several recent trends point to the possibility that the Brazilian farmland real estate market might be ‘overheated’ and prices might be inflated. These indicators suggest potential financial risks for investors with exposure to the Brazilian farmland market, especially in the Matopiba region. The Matopiba region is shown in Figure 1 (below). 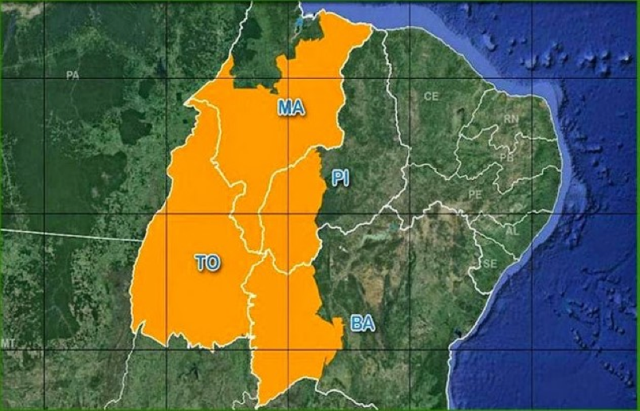 Farmland Financialized; Value Appreciation of Land instead of Revenue from Production

A possible explanation for the disconnect between soy prices and farmland prices is that the drop in global soy prices has been accompanied by financialization of farmland and the entry of institutional investors in the Brazilian land market. Financialization is defined by Krippner as “a pattern of accumulation in which profit-making occurs increasingly through financial channels rather than through trade and commodity production.” In recent years, several rural real estate companies and investment vehicles were created. Their business models focus on value appreciation of farmland rather than – or in addition to – revenues from commodity production.

Researchers and analysts have pointed to the financialization and entry of institutional investors as having an inflationary effect on farmland prices. They conclude that land as an asset has become the main target of financial investors, with a business model that is not necessarily geared towards agricultural production, but rather towards land speculation.

Farmland investors have increasingly acquired land in Matopiba. Between 2000-2014, soy production in this region grew by 253 percent. Reportedly, the plateaus in this area are preferred as they are more conducive to the development of mechanized agriculture. 2017 data from Informa Economics FNP illustrate that prices of farmland on the plateaus of southern Piauí, such as Uruçuí and Bom Jesus, displayed great appreciation between 2003 and 2016.

However, a 2016 study by the Input Project showed that most of the Cerrado’s already converted land with optimal agronomic conditions for soy can be found outside of Matopiba. Whereas the Input Project identified 25.4 million ha of suitable converted land in total, only 2.8 million ha is located in Matopiba.  A total of 6.4 million ha in Matopiba has lower agricultural suitability, have restrictions or are unsuitable for agriculture. The region is known for year-round high temperatures and variability of rainfall.

In recent years, soy producers in Matopiba have suffered from unfavorable climatic conditions, such as droughts and erratic rainfall. In eastern Bahia, soy producers have been faced with four consecutive years of harvest losses caused by periods of droughts from the 2011/2012 to the 2015/2016 season.

The 2016/2017 season has seen a record harvest, with good weather conditions in Matopiba as a contributing factor. However, soy producers are reducing their exposure to the region because of the high climatic volatility. Companies such as Agrifirma Brasil Agropecuaria, SLC Agricola and Terra Santa Agro all took steps to reduce soy production in Matopiba in 2016. In August 2017, SLC Agrícola, which holds several large farms in Piauí and Bahia, cut its exposure to these states to 23 percent down from 34 percent four years ago. This signals that the region that was once touted as the new agricultural frontier, and the area of interest for many farmland investors, has failed to live up to its productivity promise.

A growing number of companies active in agricultural commodity value chains have made public zero-deforestation commitments and stated time-bound ambitions to exclude deforestation from their supply chains. These include large soy traders such as Cargill and Bunge, who are taking active steps to increase traceability, monitor their suppliers and identify deforestation risks. The most recent report by Supply Change shows that 447 companies have made 760 commitments to curb forest destruction in agricultural commodity supply chains. Progress on these commitments is most noticeable in the palm oil and timber supply chains, but the soy supply chain also saw an increase in corporate commitments.

Market actors as well as various other stakeholders also turn to deforestation driven by soy in the Cerrado:

As witnessed in the palm oil sector, the scope, definitions used and implementation of zero-deforestation commitments can rapidly evolve to the point where any deforestation poses a risk of being excluded from certain supply chains. As such, any deforestation event should be regarded as inherently containing the business risk of losing customers.

A consequence of the reduced appetite and growing business risk of deforestation is that undeveloped farms and concessions can become stranded. Such land cannot be developed without violating the sourcing policies of the traders and refiners of agricultural commodities. The farmland investments made in Matopiba and other regions of the Cerrado often contain native forest and savanna vegetation. The deforestation required for soy production on these farms could affect a firm’s market access. As such, the risk of overvaluation of farmland is particularly pronounced for those assets that contain native Cerrado vegetation. For some firms, the financial impacts of the stranded land risk could amount to a 20 percent loss in equity value. Nonetheless, none of the major investors in farmland in Matopiba appears to have a zero-deforestation commitment, nor do they communicate detailed information about the native vegetation of the land in their portfolios.

Through the process of transforming native vegetation to cropland, the farmland investment model inherently places environmental pressure on the Cerrado biome.

Soy cultivation is one of the major drivers of increased deforestation in the Cerrado. While global soybean prices have dropped significantly since 2013, the area planted with soybean in Brazil has steadily grown. The Cerrado is known as the last agricultural frontier in Brazil. Between 2000 and 2014, agricultural land in the Cerrado expanded by 87 percent, dominated by soybean production. In the 2013/2014 harvest, more than half (52 percent) of the soybeans produced in Brazil came from the Cerrado. The areas of land that are under production for monoculture, tend to be very large. In the Cerrado the median farm size is 1,000 ha and many companies operate more than 100,000 ha of cropland.

There are multiple environmental impacts of deforestation in the Cerrado.

Land is Purchased Through the ‘grilagem’ System

The purchase of farmland in Matopiba has involved illegal land grabs. Through a process known as “grilagem”, lands are acquired and farms established by local businessmen. According to the NGO GRAIN, “grilagem” involves using political connections and false documents to claim title over public lands and forests. Reports describe how land grabbers fence off public lands, evict local people, hire security firms and subsequently acquire property titles through the connivance of local notaries and government officials.

Properties are subsequently sold to large agribusinesses and financial investors. Although the interpretation of the Brazilian Law 5,709 in 2010 imposed strict limits on how much land foreign investors can control, it did not stop them from buying land.

In 2016, in the area of Santa Filomena, the Agrarian Court of the state of Piauí  filed a court case against Colonizadora De Carli (CODECA) for alleged illegal land grabbing. CODECA, reportedly connected to grilagem practices, had sold land to large agriculture and real estate firms, including SLC Agrícola and Radar. In this case, the Agrarian Prosecutor for the Court ordered the cancellation of land claims of 124,400 ha by CODECA, on the allegations of illegal land acquisition.

The process of illegal land titling by ‘grileiros’ and the subsequent acquisition by farmland investors takes place on land that is in use by traditional communities. The Cerrado is home to a large variety of communities, including 80 different indigenous groups. These communities historically use the plateaus of the Cerrado for hunting, gathering and pastoralist activities. This has led to expropriation of land from communities living on these plateaus, and migration to (peri-) urban regions (REDE 2017, unpublished).

Adverse social issues with soy expansion in Matopiba is receiving increasing attention, as illustrated by a recent fact finding mission to the region by over 30 civil society organisations and researchers.

The social and environmental impacts linked to farmland investments could in themselves be enough for investors with ESG criteria to refrain from further investments in farmland in Matopiba. The financial risks that come with these impacts might also be considered by mainstream investors.