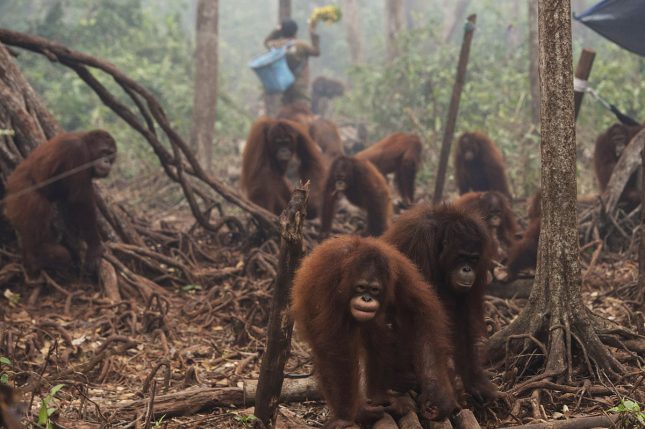 After 25 years of aggressive palm oil development, which saw concession areas grow from 1 million ha to 21 million ha, the Government of Indonesia is now taking steps to limit further landbank expansion. These measures come at the same time that compliance with No Deforestation, No Peat, No Exploitation (NDPE) is increasingly becoming a condition for market access and that public monitoring capacities are rapidly improving. These trends increase pressures within the Indonesian palm oil industry to seek other growth strategies.

On April 14, 2016, Indonesian President Joko Widodo declared his intention to impose a moratorium on new palm oil concessions. This moratorium follows a series of measures taken since 2009 to curb the environmental impacts of the sector. This includes a 2-year forest moratorium last extended in 2015. Recently, the Government of Indonesia also amended the peatland moratorium and the Indonesian Sustainable Palm Oil (ISPO) certification system. The final text of the palm oil moratorium remains under development. A draft version has been circulated.

Buyers’ NDPE palm oil demands have led to material stranded land. Stranded forest and peat lands exist within concessions that cannot be developed without violating NDPE policies and Government of Indonesia regulations. The proposed palm oil moratorium further limits landbank growth outside land for which concessions have already been granted.

President Jokowi’s announcements should be seen in the context of Indonesia’s efforts to address their multi-decade fire and haze crises and to implement the objectives of the Paris Agreement, which it ratified in October 2016.

President Jokowi aims to increase productivity on existing plantations through replanting and through smallholder capacity building. He wants to simultaneously reduce further geographical expansion of the palm oil industry.

“Current plantations are enough, as long as the seeds are proper, it is possible to double productivity“.

These policies are expected to prompt companies to boost their refining capacity within Indonesia.

After the presidential moratorium is issued, it will go into effect for a period of five years. Because the moratorium is an Inpres – Presidential Decree, moratorium violations are subject to administrative sanctions as opposed to criminal penalties.

On May 1, 2016, shortly after the moratorium was announced, the Minister of Environment and Forestry Siti Nurbaya indicated she had already ceased the entire process for the issuance of new palm oil licenses. Reportedly, these applications covered a total of 851,000 ha. Permits that had already been approved in principle were also revoked. This covered an additional 600,000 ha.

A major limitation to this moratorium is that it excludes Convertible Production Forests (HPK). This concerns forested land designated for non-forestry purposes. The exception might create a material loophole as licenses could still be legally issued for these areas once the moratorium comes into effect.

Furthermore, the 5-year palm oil moratorium might create an incentive not to extend the current forest and peatland moratorium once they expire in 2017. This could not only open up forests to commodities other than palm oil, but could also put the peatland within concessions at risk as the palm oil moratorium only evaluates the forest release permits within the concession areas.

As discussed in the Chain Reaction Research briefing on stranded land in Indonesia posted on Seeking Alpha, Indonesian palm oil concessions contain 6.1 million ha of forests and peatland. This land has become stranded as a result of buyers’ NDPE policies. A large majority of clients will refuse to purchase palm oil from growers that continue to develop forest or peatland.

The proposed palm oil moratorium will have impacts on availability of land that are additional to the impacts of NPDE policies. The moratorium is a land use policy by the Government of Indonesia to address the palm oil industry’s negative environmental and social impacts. Changes in land use policy are shown to create stranded land risks for palm oil companies’ concessions. For palm oil growers, these policy-related risks add to the stranded land risk created by their buyers’ and financiers’ NDPE policies. The proposed palm oil moratorium includes evaluations of existing licenses and might result in the revoking of forest release permits. As a result, development of any of the 6.1 million forested or peatland can put a concession holder’s license at risk. Such risks come on top of market risks created by buyers’ NDPE policies.

Detailed analysis of the classification of West Kalimantan’s land cover illustrates the scope of these impacts. Taking into account NDPE and legal licensing requirements, a maximum of 58,000 ha would remain in West Kalimantan that is viable for oil palm concessions. This equals 2.6 percent of suitable land outside of current concessions.

West Kalimantan’s total land area is 15 million ha. 4.2 million ha within this province has been allocated for palm oil concessions. Until the moratorium comes into effect, licenses can legally be granted on land classified as Other Land Use and Convertible Production Forest (HPK). Land classified as APL or HPK totals 2.6 million ha, of which 2.2 million ha is suitable for palm oil concessions (this excludes water bodies and other undevelopable land). As shown in Figure 1 below, the moratorium’s restrictions reduce available land to 142,000 ha.

Figure 2 below shows the APL and HPK classified land outside of granted concessions. All APL land (presented in green) would be off-limits under the moratorium. The HPK land (in red) could still be licensed out under the above-mentioned loophole.

The Indonesian Palm Oil Association (GAPKI) suggested, after the moratorium was announced, that it threatened palm oil output growth and industry investment. But the Ministry of Economy has calculated that existing plantations are sufficient to produce 40 million metric tons CPO by 2020, up from 31 million metric tons in 2015. Several of the larger palm oil companies as well as the Indonesian smallholder union furthermore voiced their support to this proposed palm oil moratorium.

Projecting the impacts of these combined developments on the palm oil industry over the five-year time period after the moratorium is enacted, five growth strategies are possible as alternative to geographic expansion.

The moratorium might spur both government and plantation company investments in smallholder schemes. With expansion through new concessions challenging, business models in which mills rely on supplies from smallholders and outgrowers might proliferate. Investments may be made to increase smallholders’ productivity. Companies may transfer existing land or new land to these outgrower schemes.

Mergers and acquisitions may increase industry consolidation. Smaller plantation companies are likely to become takeover targets as larger firms look to increase their market share. As organic growth becomes more difficult because of stranded land and limits to landbank expansion outside of existing concessions, the industry growth may occur through mergers and acquisitions. There are signs of consolidation already taking place. For example, Genting Plantations recently purchased the rights to develop a 21,995 ha plantation in West Kalimantan. On the other end, Provident Agro is selling its shares in four subsidiaries in response to the moratorium announcement.

Plantation companies might also explore options for downstream investment and vertical integration by partnering with processing and trading companies to develop refineries, storage terminals and ports. While it is unlikely that plantation firms possess the knowledge and expertise to be able to compete in this market alone, it might be attractive to form joint ventures with more experienced players. For example, Kencana and Louis Dreyfus Company have a joint venture and Astro Agri Lestari and KLK have a joint venture.

President Jokowi’s stated objectives include increasing the productivity of existing oil palm plantations. Several companies and industry players have echoed this objective. For example, Golden Agri-Resources is actively replanting some of its older plantations. Sime Darby’s subsidiary PT Minamas Plantation stated its palm oil yield might increase 67 percent from replanting. Replanting might not be an attractive option for firms with less access to finance for operational expenses, smaller firms or firms with younger plantations.

As reported by Chain Reaction Research and published on Seeking Alpha, in Liberia, Sime Darby signed a 63-year concession agreement in 2009 for 220,000 ha of land to be developed into oil palm and rubber plantations in Liberia. An additional 44,000 ha are to be developed under an outgrower scheme. To date, Sime Darby has planted 10,411 ha palm oil and 107 ha rubber.

The limited expansion opportunities in Indonesia might drive overseas investments to countries such as Papua New Guinea and regions such as mainland Asia, Africa and Latin America. International expansion can come with significant operational, financial and reputational risks. For example, many palm oil investments in Africa are slow to materialize and face material environmental and social risks. For example, Chain Reaction Research’s profile on Sime Darby demonstrates the challenges facing large-scale concession models. These lessons learned from the Liberian experience may reflect the possible challenges facing other global investment opportunities.