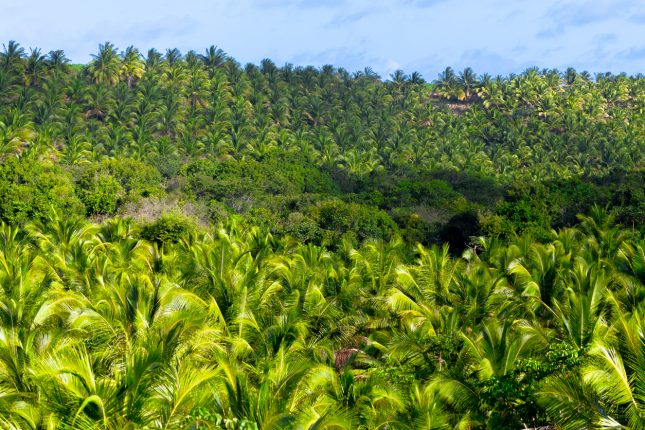 On 15 November 2018, the Roundtable for Responsible Palm Oil (RSPO) adopted a resolution that requires its members involved in primary procurement to publish their third-party supplying mill lists. The resolution was submitted by Chain Reaction Research partner Aidenvironment and supported by Sime Darby, Wilmar, Musim Mas, Orangutan Land Trust and The Zoological Society of London. The resolution makes it mandatory for any RSPO member that purchases Crude Palm Oil (CPO) or Palm Kernel (PK) directly from a mill to “make public their entire third-party supplying mill list, including the supply from its own mills.” Such supplier lists will include details about the name of the mill, the name of its parent company, and GPS coordinates. Lists are to be updated every quarter and verified by a third-party auditor within 18 months.

The resolution additionally commits the RSPO Secretariat to “review and determine within one year from the date of this Resolution how a similar level of supply chain transparency can be promoted to incorporate RSPO members who are not involved in primary procurement.” This refers typically to consumer goods companies, manufacturers or traders who procure their CPO or PK from intermediary traders. This additional requirement is intended to create a level playing field and avoid a two-tiered system where greater transparency demands are placed on one section of the industry than another. A large number of midstream and downstream companies have already published such supplier lists, and further transparency throughout the supplier base of RSPO refineries could contribute to addressing leakage of unsustainable palm oil.

RSPO members that have refining capacity and engage in primary procurement but do not yet publish their list of suppliers include a number of companies featured in prior CRR publications. The Hayel Saeed Anam (HSA) Group, Nisshin OilliO Group and Tunas Baru Lampung were identified as some of the largest ‘leakage’ refiners in Indonesia and Malaysia. The HSA Group is the world’s largest leakage actor, with an installed refining capacity of 2.4 million MT/year. Tunas Baru Lampung’s refineries could be a source of leakage from third-party suppliers because their capacity exceeds that of the company’s three CPO mills, and the company does not have a NDPE sourcing policy in place. CRR also previously revealed that IFFCO’s PT Synergy Oil Nusantara continued to buy oil from Austindo Nusantara Jaya and Sawit Sumbermas Sarana when other traders had suspended these growers. The adoption of this resolution will require these refiners to reveal their supply lists, shedding further light on aspects of the market currently operating without full transparency.

The RSPO members that have refining capacity and engage in primary procurement but do not yet publish their list of suppliers include:

RSPO members that have already made their supplier lists public include: