In April 2016, Mr. Zakaria Bin Arshad became Felda Global Ventures (FGV:MK) CEO and Group President. During his tenure, FGV’s shares have risen by approximately 50% and the company’s Q2 2016 net profit rose 35% compared to the same period year before. The company has also recently released a new sourcing policy, which emphasizes creating value for shareholders by disclosing and mitigating environmental and social risks.

FGV is one of the largest palm oil producers globally and a leading Malaysian grower with access to a 784,000 hectare land bank. The company is 75% owned by Malaysian government related-entities and is an important supplier to Wilmar (22% owned by ADM), Musim Mas, and IOI Corporation. FGV’s move toward greater transparency and attempts to mitigate environmental and social risks may also indicate changes at the Malaysian Palm Oil Council.

Context: Why this Matters to Shareholders and Stakeholders

In April 2016 Chain Reaction Research profiled FGV’s sustainability risks to its new leadership including a potential $6 to $12 million 2016 cash flow risk-at-risk should FGV be suspended by RSPO or lose buyers due to non-compliance with their NDPE sourcing policies.

In May 2016, FGV self-suspended or withdrew its 58 mills in Malaysia from the Roundtable on Sustainable Palm Oil (RSPO) and announced the Group might spend $8 to $10 million over a three year period to recertify its mills to RSPO.

For example, in 2013, FGV acquired PT Temila Agro Abadi (PT TAA), a company accused of draining a significant portion of its High Conservation Value (HCV) forests and peatlands (Figure 1 and Figure 2). As illustrated in the recent IOI Corporation case where IOI lost 27 corporate customers due to non-compliance with their No Deforestation, No Palm, No Exploitation (NDPE) sourcing policies, PT TAA’s forest conversion produces possible procurement policy risk that could be financially material to both FGV and its corporate buyers. 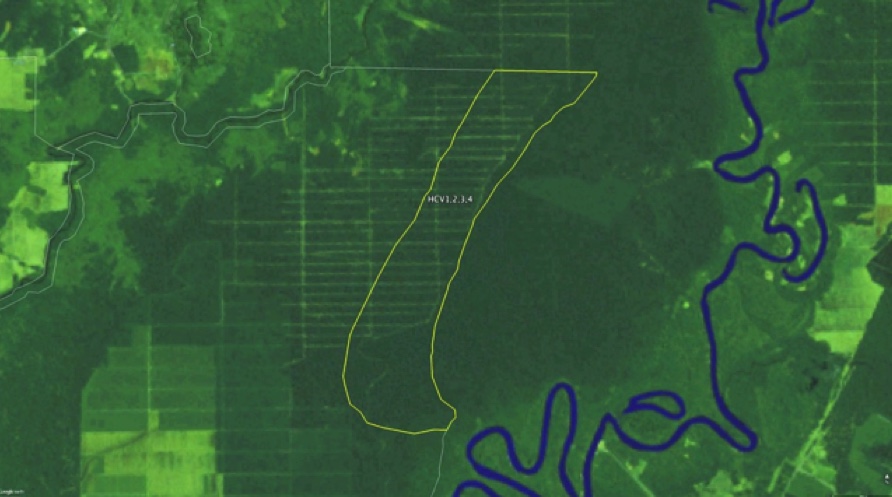 One of the April 2016 Chain Reaction Research key suggestions was that FGV’s management and Board of Directors “adopt integrated sustainability and financial risk analysis from the Board of Directors to the plantation manager to improve overall risk management”. This recommendation is reflected in FGV’s new NDPE policy, approved by the company’s Board of Directors on August 25, 2016.

FGV’s Board of Directors now directs its sustainability strategy and reports will be issued annually. The company has committed to provide accurate, factual, and balanced information on its sustainability initiatives to all its shareholders and stakeholders.

Before FGV’s $3.1 billion June 2012 IPO, FGV set a goal to become the world’s largest palm oil company with a targeted land bank of over 1 million ha. In fact, in its IPO prospectus required FGV to provide a certification plan in accordance with RSPO criteria. Despite a number of acquisitions, FGV did not reach either goal. Instead, over the same period, FGV saw its share price decrease 55% to RM2.34. Now, FGV’s leadership is working tackle the twin concerns of increasing shareholder returns while mitigating financially material environmental and social risks.