The Chain: New Research Tool May Support Banks and Investors in Assessing Their Exposure to Material Deforestation Risks in SE Asia

The United Nation’s Paris Agreement, requiring all participating countries to make GHG commitments on climate change, will enter into force on November 4th. Under the agreement, signatories provide Nationally Determined Contributions designed to reduce county level emissions and 73% of them mention reducing emissions from agriculture. It is estimated that commercial agriculture drives 71% of tropical deforestation.

Given this news, the recently launched Forests and Finance research tool may support banks and investors in assessing their exposure to material deforestation risks in SE Asia. The research tool examines 50 companies engaged in the four tropical forest-risk sectors in Southeast Asia:

While not all of these companies are necessarily involved directly in deforestation, they may be engaged in other environmental and human rights issues that heighten material risk exposure.

According to the Forests and Finance research tool, banks from Europe ($9.8 billion) Malaysia ($7.7 billion), China ($6.2 billion), Japan ($4.1 billion), Indonesia ($3.9 billion), and Singapore ($3.2 billion) are the largest financiers of the 50 companies profiled. Further, since 2010, banks have provided $38 billion in loans, credit, and underwriting.Throughout this reference period, there were fluctuations in the amount of financing each sector attracted. Nonetheless, palm oil and to a lesser extent pulp and paper received the highest levels of finance.

Countries of origin of top providers of loans and underwriting (2010-2015, $ million) 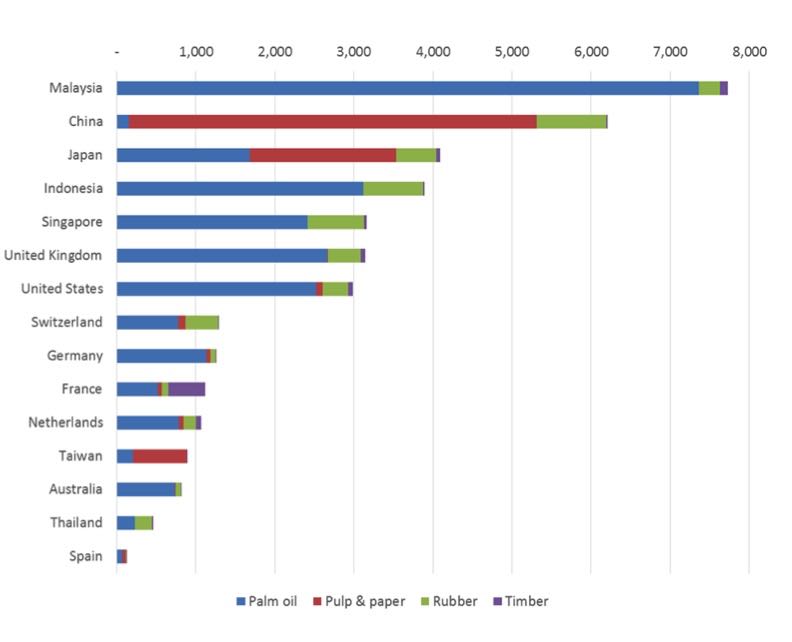 The project identified $14 billion worth of bond and shareholdings in forest-risk companies as at the beginning of 2016. 84% of these investments were attributable to palm oil and a further 11% to rubber. Malaysian financiers had the highest value investments, followed by investors from the U.S., the UK, and Singapore. Of the top 15 investors, only five were signatory to the UN Principles of Responsible Investment (UN PRI). 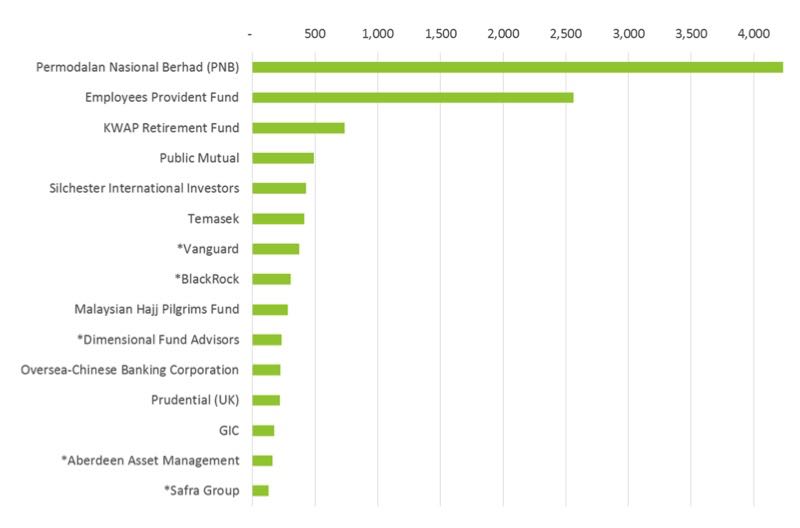 The tool also assesses the policies that the top 25 financiers have in place for addressing common environmental and social risks connected to forest sector financing. The analysis considered three categories: scope of commitments, environmental standards, and social standards, each composed of a set of five minimum criteria. According to the project coalition, the financial institutions were contacted to verify and discuss the findings.

The Forests and Finance research tool is a coalition effort of campaign and research organisations, including Rainforest Action Network, TuK, and Chain Reaction Research partner Profundo.