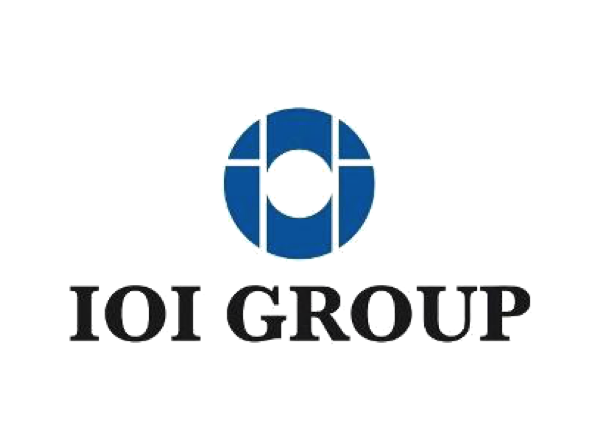 “Compliance with RSPO principles and criteria is an important differentiating factor for palm-oil producers, providing a competitive advantage and profitability enhancement in the industry. RSPO-compliant palm oil producers are well positioned for growth, particularly in Europe and North America, because certified crude palm oil and its derivatives are increasingly required by leading global food and household product companies.”

Environmental NGOS have criticized IOI’s performance beyond its recent breach of its certification requirements. Other criticisms have focused on IOI clearing peatlands in Ketapang, Indonesia. Environmental NGOs have also protested IOI’s palm oil facilities and put pressure on its financiers due to land and labor rights violations and IOI’s shortfalls in its palm oil production policy.

On April 28th, IOI committed to implement global best-practice peatland management in the Ketapang landscape and undertake third party verification of its policy compliance. Greenpeace responded to these additional commitments by announcing it was suspending its campaign against IOI. Following both announcements, IOI Corporation’s shares traded up slightly to RM4.60.

But IOI faced two RSPO complaints for deforestation, peatlands clearance and operating on lands without the consent from customary landowners.

The first complaint highlighting IOI’s failure to comply with the RSPO requirements was filed in November 2010. It has since become the longest standing unresolved complaint on an RSPO member. The complaint was filed against IOI Pelita, a Sarawak-based plantation company that IOI acquired 70 percent of in 1997, that has developed oil palm plantations without obtaining Free, Prior and Informed Consent to develop on the customary lands of the Long Teran Kanan longhouse communities.

In February 2016, Chain Reaction Research forecasted that IOI faced material financial risks, including a decrease in 2016 earnings, from a potential RSPO suspension because of these two RSPO complaints.

In March 2016, the RSPO suspended IOI. IOI’s shares subsequently fell 18 percent to a low of RM4.12 from a 2016 high of RM5.00. IOI then announced it would sue the RSPO in Zurich, Switzerland over the decision.

In May, Moody’s Investors Service stated it would review IOI’s corporate debt for downgrade.

Failure to resolve these complaints in a timely fashion, among other market factors, resulted in a USD 800 million decrease in equity valuation and suspension of oil purchases from IOI by Bunge, Cargill, Unilever, and other corporate buyers. Q2 2016 results showed a USD 14.8 million net loss, compared to the USD 30 million profit during the same quarter in the previous year.

Below is a list of 27 corporate buyers who reportedly suspended procurement contracts with IOI due to IOI’s RSPO suspension:

With suspension of RSPO certification, global CSPO supply was temporarily reduced 6 percent, from 12.5 million metric tons to 11.75 million metric tons annually. Other CSPO buyers saw their prices increase, resulting in increased global margins between CSPO and CPO. Other sellers stepped into to sell to IOI’s buyers. As reported by Kuala Lumpur Kepong Berhad (KLK), due to IOI’s temporary suspension, KLK sold its CSPO palm oil at higher prices, and they rose about 50 percent, from between USD 20 and USD 25 to between USD 35 to USD 40 per metric ton. KLK produces about 750,000 metric tons of CSPO annually.

Based on these market signals, IOI changed its approach. IOI withdrew its lawsuit against RSPO and shortly after, the IOI Group announced it would focus on improving its sustainability profile to achieve its buyers’ NDPE policies across its operations and its third-party suppliers. IOI committed to RSPO criteria but stopped short of committing to requiring its third-party suppliers to implement a NDPE commitment by using the High Carbon Stock Approach. IOI’s equity price recovered slightly, reaching RM4.31.

In July 2016, Aidenvironment and IOI issued their first joint statement, expressing confidence that parties would ultimately be able to settle the second complaint.

After RSPO lifted its suspension of IOI in August its share price rose to RM4.45—but never returned to its 2016 high of RM5.00. This move by the RSPO was criticized by NGOs given IOI’s failure to resolve the longstanding complaint with the Long Teran Kenan communities and outstanding labor rights violations.

Early December 2016, Aidenvironment and IOI jointly declared to have resolved the second complaint case in Ketapang. The company acknowledged the occupation of forestland and committed to abandon the planted area. Furthermore, IOI agreed to not market the palm oil produced from PT BNS and the affected areas of PT SKS with the RSPO certification claims for the duration of one planting cycle. This implies that consumers will not be purchasing certified sustainable products that ultimately originate from land that was deforested in non-compliance with Indonesian laws and regulations, as well RSPO rules.

On April 28, 2017, IOI committed to funding an independent verification of its Sustainable Palm Oil Policy in Q2 2018 that included peatland management and supply chain communication. A coalition of NGOs have outlined a set of performance milestones that IOI must meet to demonstrate the translation of its new corporate commitment into real improvements of its Supply Chain Risk Management.