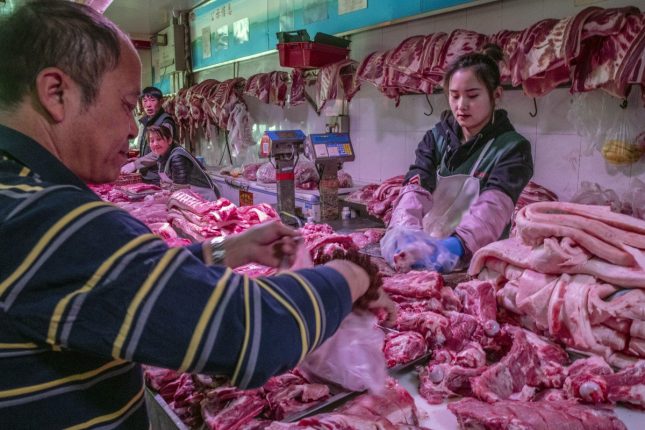 China’s meat industry is now facing major challenges with African swine fever poised to cut the country’s pig population by a third. The impact of this sharp decline will likely have widespread ramifications, including higher global meat prices and stronger Chinese imports from Latin American countries, particularly Brazil, where rising deforestation is being fueled by agriculture expansion. China’s stronger demand for pork from Brazil may indirectly lead to higher deforestation by paving the way for a parallel surge in imports of Brazilian beef.

Pork does not have the same direct connection to deforestation that beef does. Cattle ranching is the largest contributor to deforestation in Amazon countries, while pork production does not typically require large amounts of land use. However, the one-third decline in hogs is so drastic that China’s increased dependency on meat from Latin American countries, particularly Brazil, will only likely further tighten trade relations between Beijing and Brasilia. The increase in Brazilian pork and beef in China has gone hand in hand – China’s imports of pork from Brazil tripled in 2018, while beef imports soared by 44 percent. Moreover, extra pork production and exports through Brazil could also translate into higher soy production to use as animal feed, which could also further increase deforestation.

Brazil is “well positioned for rapid growth” in sending volumes of pork to China, the largest consumer of pork in the world, while also increasing exports of beef and chicken, Morgan Stanley told the FT. JBS, the largest meat processor in the world and a main beneficiary of exports to China, said: “It is noticeable that China is moving to import more, and this new demand encompasses all types of protein and not just pigs.” According to Bloomberg, JBS is considering increasing production, possibly starting as early as the first half of 2019. The stock price for JBS has increased by 70 percent so far this year. Its peers have also seen sharp stock increases. Marfrig’s stock has risen by 30 percent since the beginning of 2019, with most of the gains coming in April, while Minerva’s has increased by approximately 60 percent.

Despite favorable market conditions in the near term for Brazil’s meat suppliers, higher exports of meat, and particularly beef, to China, present challenges to investors. Meat producers JBS, Marfrig, and Minerva, all active in both pork and beef markets, may face reputational, financial, and business risks from deforestation-linked supply. At the same time, as Chain Reaction Research (CRR) recently noted, China’s growing reliance on Brazilian beef opens up Chinese downstream companies to risks associated with deforestation. The country’s rising population and growing demand for meat magnify risks as these companies have yet to adopt zero-deforestation policies.

One Response to The Chain: China’s Pork Crisis May Lead to Deeper Trading Ties With Brazil, Deforestation Risks