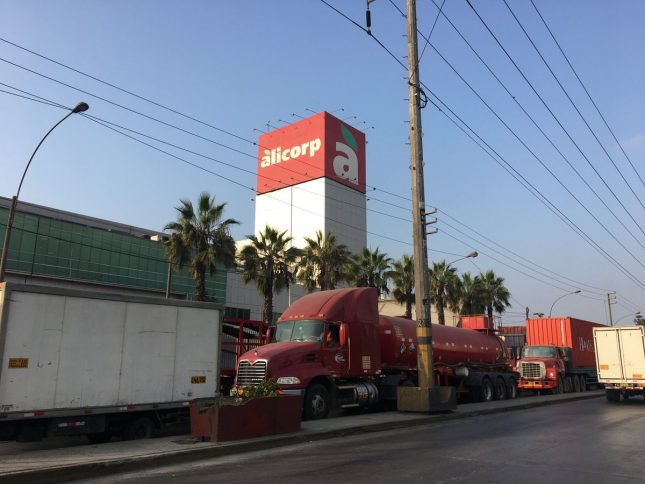 On April 17, 2019, the indigenous Shipibo Community in Peru announced that it filed complaints with the Roundtable for Sustainable Palm Oil (RSPO) against Alicorp and one of its mill suppliers.

In a press release published by Forest Peoples Programme, released together with the Shipibo community Santa Clara de Uchunya and its representative organisation, the Federation of Native Communities of the Ucayali, the community says it is seeking accountability for the two companies purchasing palm oil from mills that are linked to deforestation on community lands. New reports about deforestation on these lands surfaced late last year: Chain Reaction Research (CRR) reported on Convoca’s expose that showed Alicorp was purchasing palm oil from three mills – Olamsa, Olpesa, and Palm Oleo – whose supply has been linked to plantations that deforested their land. Olpesa is also an RSPO member and the subject of an additional complaint.

The complaint against Alicorp is the Shipibo community’s second with the RSPO. In December 2015, it filed a complaint against RSPO member Plantaciones de Pucallpa, alleging that the company deforested approximately 7,000 hectares of forests that belonged to the community. Plantaciones de Pucallpa was told to suspend operations by both the government and the RSPO, but it kept producing palm oil on the cleared land and left the RSPO to avoid penalties. The company is now known as Ocho Sur P and is the subject of a constitutional lawsuit and criminal investigations.

The complaint process is the initial stage. The RSPO is currently determining whether to admit it as a formal complaint. The latest satellite imagery and data from Amazon Conservation’s Monitoring of the Andean Amazon Project (MAAP) show deforestation in the Peruvian Central Amazon surrounding major palm oil plantations. Forest loss is occurring in areas where agriculture development is off limits, which “also corresponds to the proposed territorial title of the indigenous Shipibo community of Santa Clara de Uchunya.” 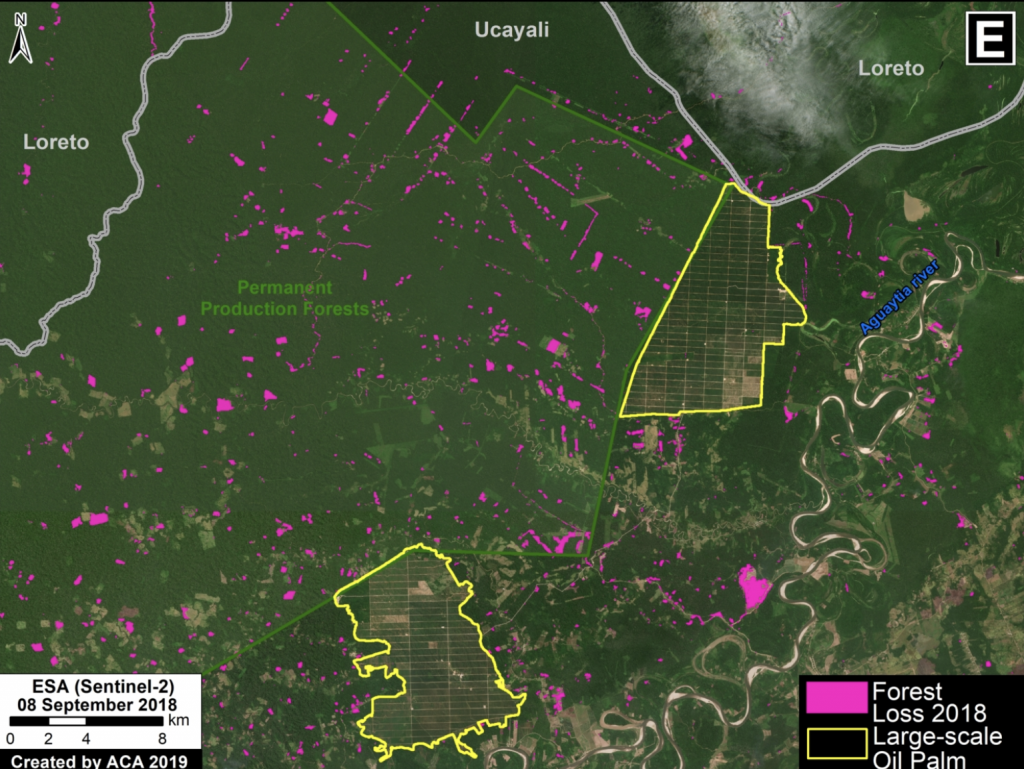 Alicorp could face reputation risks from the Shipibo community’s complaint and any fallout that may ensue. Alicorp, which is owned by Grupo Romero, is a large and well-known consumer-facing company that has a market capitalization of PEN 9 billion (USD 2.72 billion). Alicorp sells its food and personal care products throughout Latin America and could face consumer backlash from selling products linked to deforestation. CRR concluded, in a 2017 report on Alicorp, that four percent of the company’s revenue could be at risk due to increased demand for zero-deforestation products. Alicorp’s revenue is forecast to reach PEN 9 billion in 2019, according to Bloomberg, up 13 percent versus 2018 and 33 percent compared to 2017.

The RSPO complaint has the potential to cast a shadow over its Environmental, Social, and Governance efforts. Alicorp, which is looking to get its first supply certification this year, is targeting 100 percent RSPO certified palm oil by 2030. As CRR reported in December, the company lags its peers in adopting a no deforestation, no peat, no exploitation (NDPE) policy. In April 2017, Grupo Palmas, which is also owned by Grupo Romero, became the first Peruvian company to adopt an NDPE policy. In Alicorp’s shareholder base, Norges Bank (Norwegian Government Pension Fund), which wants to avoid deforestation in its investment activities, owns PEN 44.5 million (USD 13.4 million) in common shares. Finally, in 2019 Alicorp has increased its exposure to international capital markets through an international bond offering in order to finance the acquisition of Intradevco, a manufacturer of cleaning and personal care products. With a net debt/EBITDA close to 3X, financing risk is still mitigated but not absent, and international bondholders might have leverage to engage.