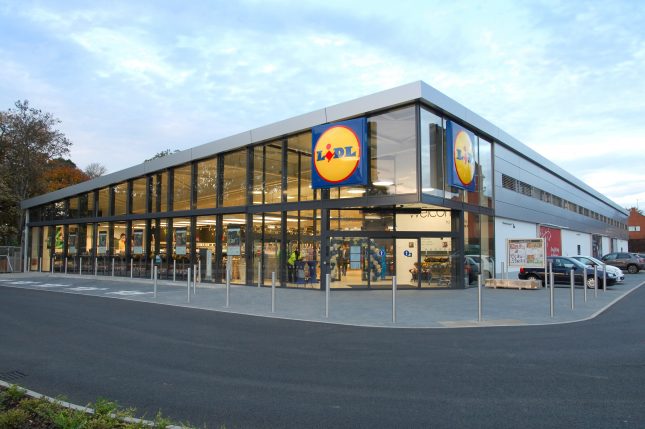 Major supermarket retailer Lidl has committed to sourcing sustainable soy for its UK stores starting this month, the company said on October 12, 2018, in an effort to help slow deforestation and other negative environmental impacts. The company’s action marks the first time a UK retailer has pledged to purchase 100 percent sustainably sourced soy.

Older, more established supermarket chains in the UK are losing share to discounters such as Lidl. Now that sustainability has become a larger issue with Lidl UK’s move, the older chains may need to react quickly, likely a positive for policies to limit deforestation.

The Germany-based company, which operates 10,000 stores in 28 countries, says that its policy on soy is as follows: “As a retailer, we strive for greater sustainability across our business through sourcing of our products. We believe in a responsible soy production that does not harm nature or people. We support soy from sustainable, certified sources.” Lidl UK’s commitment comes after Lidl stores in some other markets decided on similar actions. The inconsistency in Lidl’s various national policies shows that there is upside for further sustainability efforts.

Lidl UK’s announcement is in line with the trend of retailers shifting toward sustainable soy. As CRR highlighted in July, Tesco is targeting to transition by 2025 to using soy from only suppliers that do not engage in deforestation for production.

In Lidl UK’s report on its soy policy, the company noted that in 2017-18 it used 130,000 tons of soy as feed for producing chicken, pork, cheese, beef, egg and milk-based products. After the first phase of Lidl UK’s transition (the part that involves buying RTRS certificates), it will collaborate with others in the industry through the UK Roundtable on Sustainable Soya to “develop a range of mechanisms” to contribute to a changing market that ultimately produces “sustainable, zero-deforestation soy.” Lidl is a founding member of the UK Roundtable on Sustainable Soya, which held its first meeting on March 19, 2018. The World Wildlife Fund (WWF), in a 2017 study, found that most UK soy is sourced from Brazil, Argentina and Paraguay.

Lidl UK’s strategy comes a year after Lidl UK signed the Cerrado Manifesto, which calls on companies and investors to adapt policies to protect the biome and halt deforestation in the region. The global rise in demand for soy as a feedstock has increased deforestation in parts of South America, especially Brazil.

Lidl UK has chosen to source soy from three farms located in the Brazilian states of Piaui and Maranhao. These include Fazenda Progresso, Fazenda Serra Vermelha and Fazenda Sol Nascente.

In addition to the efforts of Lidl UK, Lidl’s branches in Germany and Austria launched the Lidl Soy Initiative in January 2018. With this this initiative, Lidl Germany set a goal of using only certified sustainable and non-GMO soy as feed for its pork and beef products. The company will source the soy from two farms in Maranhao, operated by SLC Agrícola. However, an upcoming CRR report shows that deforestation is planned at one of these farms. SLC Agrícola restructured this farm in August 2018 and claims it now falls outside of the scope of Lidl’s initiative.

« The Chain: Deforestation in the Amazon Hits an 11-Year High as Demand for Brazilian Soy Increases Bolsonaro’s Presidency to Increase Deforestation Risk in Brazil »