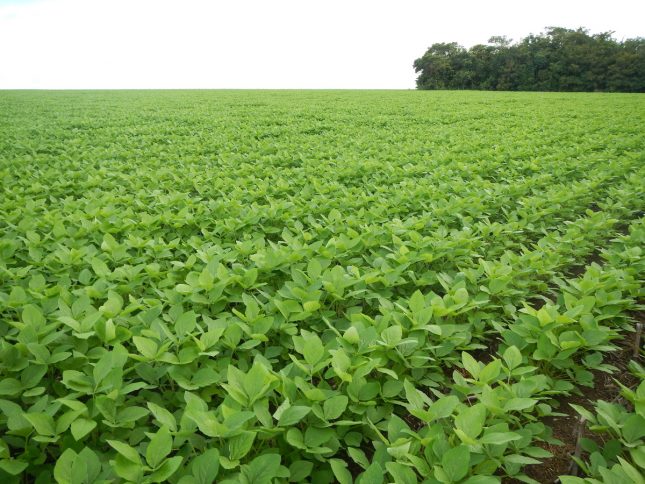 The Chain: Deforestation in the Amazon Hits an 11-Year High as Demand for Brazilian Soy Increases

Higher Chinese soy imports from Brazil could lead to increased levels of deforestation in the Amazon and the Cerrado. The U.S. trade war with China, which includes tariffs on Chinese soy imports from the U.S., continues to alter global trade flows, increasing the demand for soy from Brazil, where deforestation is on the rise. Amid growing demand from China and a sharp decline in the real versus the dollar, soy producers in Brazil are poised to boost production and profitability through increasing their acreage.

As trade flows have shifted, U.S. soy prices on the Chicago Board of Trade (CBOT) declined by more than 20 percent since June and fell to $8.14 per bushel on September 18, 2018, the lowest level in almost ten years, before rebounding. The Chinese market has made up approximately 60 percent of U.S. exports in recent years, but that has fallen since China imposed a 25 percent tariff on soy imports from the U.S. on July 6, 2018. Meanwhile, prices denominated in the Brazilian real have neared their all-time high because of the currency’s weakness and higher demand. Brazilian premiums last month reached as much as $2 above prices in Chicago. For the 2018/19 season, China is expected to import just 700,000 tonnes from the United States, but over 71 million tonnes from Brazil, which would account from some 84 percent of China’s total imports. That is up from imports of 51 million tonnes in 2017, an enormous 39 percent increase.

For this year, Brazil’s total crop is expected to hit 117 million tonnes, reaching an all-time high and surpassing the United States as the top producer. At the same time, as China shifts away from the U.S, growers in Argentina have also seen stronger demand and higher prices for their soy. With U.S.-China trade tensions unlikely to lessen anytime soon and the U.S. now shipping more soy to Mexico, Brazil appears likely to remain the top exporter to China for the foreseeable future.

The increased demand for Brazilian soy is occurring against the backdrop of deforestation reaching an 11-year high. New data from Brazil-based Imazon says that 4,656 square kilometers were deforested in the Brazilian Amazon over a 12-month period to August 31, 2018. That is the highest level since 2007. Mongabay reported that the rise in deforestation “is not unexpected” amid deteriorating U.S.-China trade relations, the weaker real and the political climate in the country. The current Brazilian government, under President Michel Temer, has not prioritized protections for the environment and indigenous peoples, cutting the budget for the Environment Ministry along with funding for enforcing laws to protect rainforests. In the recent presidential election on October 7, farmers in Brazil reportedly supported the conservative candidate Jair Bolsonaro in high numbers because of his stances on land ownership and increasing security for their supply chains. Bolsonaro, who dominated the vote in the first round of the election and is favored to win the runoff on October 28, has said that he would withdraw Brazil from the Paris Agreement.

Due to the impact of the U.S.-China trade war, the outcome of the Brazilian election, and the effects of increased soy acreage growth on deforestation, investments in the soy supply chain might be affected going forward: Although profitability in the Brazilian soy supply chain will likely rise, investors may also have to confront growing ESG risks.

3 Responses to The Chain: Deforestation in the Amazon Hits an 11-Year High as Demand for Brazilian Soy Increases