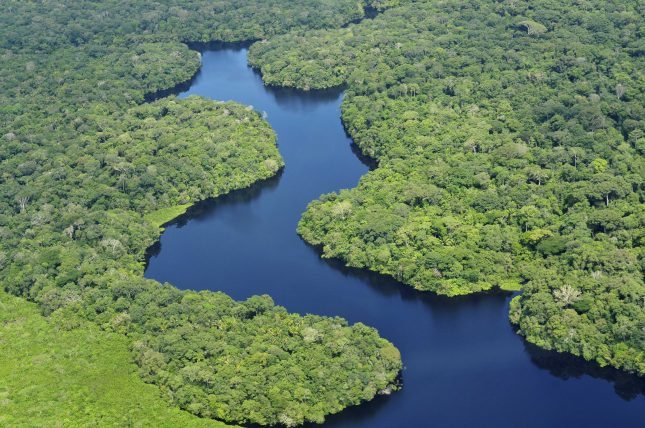 From 2000 through 2011, 68 percent of all foreign capital, or USD 18.4 billion, flowing through nine of the top companies in the beef and soy markets in the Amazon was transferred through tax havens, according to a new paper published on August 13, 2018 in Nature Ecology and Evolution. The research highlights how companies may be using secretive tax havens to hide deforestation activities and illegal fishing. Tax shelters have cultivated a culture of limited transparency in critical sectors, such as soy and beef. These practices possibly allowed companies to hide any deforestation activity and obfuscate who was responsible and who should be held accountable.

The authors hope their research will facilitate more investigations on the matter. Investigative journalists exposed ties between tax havens and deforestation in different commodity sectors in Indonesia. The International Consortium of Investigative Journalist (ICIJ) published a report on November 8, 2017, based on the Paradise Papers, showing that Asia Pacific Resources International (APRIL) used its offshore tax havens to facilitate deforestation.

The report published in Nature Ecology and Evolution analyzes the transactions of nine companies in Brazil using data from the Central Bank of Brazil and shows that the Cayman Islands was the largest transfer jurisdiction for companies in the Amazon. The authors – led by Victor Galaz of Stockholm Resilience Centre at Stockholm University – are looking to spur changes in accountability and to foster regulatory changes, such as country-by-country reporting by these companies. “The well-known tax haven provides three benefits to investors: legal efficiency, tax-minimization and secrecy,” they say. The report does not mention the companies by name. The researchers aimed to highlight systemic flaws and bring attention to the sectors in which using tax havens is a problem rather than point the finger at specific companies.

The main reason for companies taking this route is likely tax optimization. The paper does not definitely say that tax havens are used for deforestation. Still, despite no causal link, the findings raise the question of the intersection between the financial sector and environmental degradation, and they highlight one more risk, alongside corruption, slave labor, and contamination, for Brazilian soy and beef companies. The report says: “As the extractive activities of companies are reliant on access to various forms of external capital (such as loans and equity capital) to start or expand their operations, increasing attention has been directed towards understanding the financial flows and fiscal incentives underpinning environmental changes in the Amazon region.”

Analysis from Chain Reaction Research, published in August 2016, entitled Economic Drivers of Deforestation: Sectors Exposed to Sustainability and Financial Risks, estimated that more than 70 percent of deforestation is linked to the cattle industry in Brazil.

“It boils down to a lack of accountability,” Beatrice Crona of Stockholm Resilience Centre at Stockholm University, one of the authors, told CRR coalition partner Climate Advisers. “We don’t know where the flows are going. This report is to highlight what we don’t know and what should be done.”

Some companies doing business along the supply chain in Latin America, such as retailer Carrefour and trader Cargill, have incorporated risks linked to climate change into their operations and sourcing strategies. However, even with changes from some major corporations, there is still the possibility of deforestation, increasing reputation and market access risks.