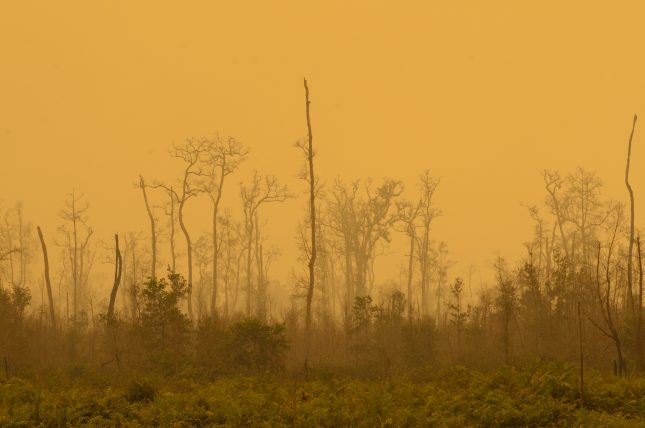 The Financing of Leakage Refiners

A segment of the palm oil industry continues to produce or purchase palm oil from recently deforested plantations and cleared peatlands. Actors in this segment contribute to the ‘leakage’ of unsustainable palm oil into the overall palm oil market. Leakage creates an unlevel playing field as the industry transforms into an accountable and sustainable business. One of the contributing factors is that palm oil refiners continue to source Crude Palm Oil (CPO) without placing meaningful sustainability criteria on the suppliers they source from. A November 2017 analysis by Chain Reaction Research (CRR) found that 26 percent of the palm oil refining capacity in Indonesia and Malaysia is not covered by No Deforestation, No Peat, No Exploitation (NDPE) sourcing commitments. In total, 52 company groups operate as ‘leakage’ refiners. Based on this list of non-NDPE palm oil refiners – or leakage refiners – the financiers of 16 companies servicing leakage markets are analyzed in this paper.

Since 2013, key actors in the palm oil industry have taken increasing steps to address prevalent issues in this supply chain, such as deforestation, fires, peatland development and breaches of human rights. As reported by CRR in November 2017, this includes the adoption of NDPE sourcing policies by 74 percent of Indonesian and Malaysian refiners and 65 percent of the refinery market in the rest of the world. While many issues still persist on the ground, such commitments constitute an important step towards a more accountable and sustainable palm oil supply chain.

Meanwhile, a segment of the market continues to produce or purchase palm oil from recently deforested plantations and cleared peatlands. Actors in this segment contribute to the ‘leakage’ of unsustainable palm oil into the market. In this context, CRR defines leakage as ‘any activity in the palm oil industry, production, trade and/or consumption that is not subject to any NDPE policy requirements.’

The different factors that contribute to the leakage market include:

Data availability enables the analysis of the financial relationships for these 16 leakage refiners. These 16 leakager refiners were selected from a list of 52 leakage refiners previously identified by CRR (see Annex). Financial relationships regarding loans and underwriting services were analyzed over the five years from 2013 to 2017. Equity and bondholders identified refer to the most recent filing dates. The financiers of these 16 refiners are enabling the continuation of unsustainable production practices.

Most Equity and Debt in Leakage Refiners Held by International Investors

For the 16 companies analyzed, USD 17 billion in shares and USD 6 billion in total debt (2017) were identified in this research.

A few scored one to two points, among them Commonwealth Bank of Australia (USD 582 million), the largest shareholder. The bank’s two points in the Forest 500 can be attributed to its environmental policy and climate change policy. However, no specific commitment to reducing deforestation is made by the bank. BNP Paribas, as the third largest shareholder (USD 418 million) scored four points and Royal Bank of Canada (USD 70 million) also scored three points. BNP Paribas scored well as it has a comprehensive palm oil policy covering both upstream and downstream palm oil companies and it applies to all of the bank’s offerings and entities. However, given the bank’s exposure to the identified companies in this report, it appears that it has not been effectively implemented by the bank. Royal Bank of Canada has neither any sector-specific policy nor does it commit to reduce deforestation, which raises a question on its three-point Forest 500 ranking.

Bondholders: US, Japanese and Other International Lenders Dominate

Figure 3 (below) shows the financial institutions holding bonds of the selected 16 companies at the most recent filing date. The reported value of the bonds found is less than the value of shareholdings (Figure 1 above) as there are restrictions on the data availability, such as less transparency in bond fillings than share filings.

From the bondholders identified, only Prudential Financial (US), Manulife Financial (Canada) and Sumitomo Mitsui Trust (Japan) are scored on the Forest 500 (Figure 4), all scoring low.

From 2013 to 2017, USD 4.1 billion were found in loans and underwriting services of bond and share issuances provided to the selected 16 companies. Of this total, currently USD 2.4 billion are outstanding, from which USD 1.5 billion are loans and USD 837 million are in bonds.

From 2013 to 2017, the annual volume of loans provided decreased by 92 percent, from USD 1.1 billion to USD 90 million. This drop is correlated to the decrease in the total outstanding debt: for the same period, the total debt of the 16 companies decreased by 29 percent to USD 5.6 billion (Figure 5). Bond and share issuances do not present a clear trend. The strong decline of total debt might be related to positive free cash flow and/or a decline in necessary financing of activities of these leakage refiners.

Figure 6 (below) provides a breakdown between loans and underwriting services the individual companies attracted during the period from 2013 to 2017. For several of the examined companies, no loans and underwriting services could be identified. This could either be due to the fact they did not attract such financing during the analyzed period, or due to a lack of data availability.

Figure 6: Loans and underwriting provided, between 2013-17

Due to the different sizes of the companies analyzed, Figure 7 (below) shows the new financing each company attracted as a percentage of their total assets, cumulative at the end of each year. When viewing from a relative perspective instead of an absolute perspective, it can be seen that, in fact, Tunas Baru Lampung and Green Ocean attracted more financing than Uni-President Enterprises.

Figure 7: Percentage of loans and underwriting to total assets, 2013-17

After looking at the total amount of financing provided to the selected 16 companies from 2013 to 2017, the following analysis is focused on the currently outstanding loans and the underwriting of bonds that were issued during the same period.

Figure 8 (below) shows the top-20 financial institutions providing those loans and the underwriting of bonds. These top-20 account for 83 percent of this type of financing analyzed in this section.

The analyzed leakage refiners are mainly being financed by local banks from their own country. The top-3 financiers (all from Taiwan) – Taiwan Financial Holding, The Capital Group and Mega Financial – together provided 36 percent of the total loans and bond underwritings obtained by all 16 companies. As can be seen from Figure 9 (above) and Figure 11 (below), financing provided by those top-3 financiers includes loans and underwriting of bonds provided to Uni-President Enterprises which, like its bankers, is also from Taiwan. Financing of Nisshin Oil (Japan) comes mainly from the Japanese financial institutions Mitsubishi UFJ Financial and Nomura (together providing 59 percent of Nisshin Oil’s loans and underwriting of bonds). State Bank of India is the main financier of Ruchi Soya Industries (India), providing 52 percent of its financing. Bank Rakyat Indonesia provides 51 percent of Indonesian-based Tunas Baru Lampung’s financing. From the top-20 creditors identified, eight are scored on the Forest 500. Most of them are scoring low, achieving zero to two points.

An exception is Standard Chartered, scoring four points as it has in place a specific commodity policy regarding palm oil that clearly states its expectations from producers, refiners, and traders of palm oil. However, it is important to note that the policy is applicable to new clients but does not take any outright action against existing clients that do not comply with the policy. Instead, the bank states that it will work closely with the noncompliant existing clients to improve their palm oil practices. Standard Chartered currently has outstanding financing to Ruchi Soya Industries (USD 60 million), Tunas Baru Lampung (USD 6 million) and Uni-President Enterprises (USD 5 million).

Financial institutions providing loans and underwriting services were grouped based on their region of origin (Figure 10 below).

East Asian financiers dominated throughout the years, ranging between 25 percent at the lowest point (2015), and 93 percent at the highest point (2017). In 2015, financiers from South East Asia took over as the most important group, accounting for 64 percent of the total financing. From 2015 to 2017, financing from South East Asia declined as East Asian financiers took over again. South Asia played a smaller role overall, peaking in 2016 with 16 percent. European, North American and Oceanian financiers all played a much less important role than those from Asia. More specifically, Oceanian and North American financiers disappeared after 2015. Financiers from Europe contributed comparatively small shares between 2013 and 2016.

The high percentage of the East Asian financiers is due to the contribution of Japanese and Taiwanese financial institutions. Of the new loans and underwriting services provided to the selected 16 companies from 2013 to 2017, an annual average of 36 percent and 29 percent came from Japan and Taiwan, respectively.

As part of the research for the Chain Reaction Research November 2017 report on refiners that are not compliant with NDPE requirements, CRR identified a total of 52 leakage refiners. These are listed in Figure 12 (below). For 16 of these refiners, financial relationships could be analyzed in more detail.

Shown in Figure 13 (below) are the Top 20 shareholders investing in the 16 companies analyzed in this research. Detailed breakdown per company is below.

* During the process of this report production, Kwantas has published an NDPE policy.