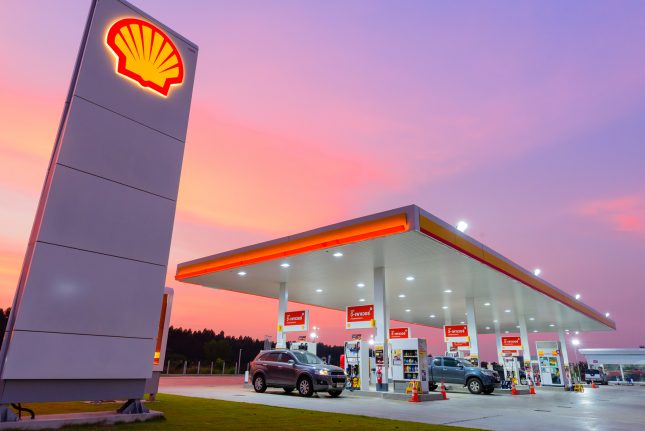 In the aftermath of the COP26 summit in Glasgow in November, energy markets will become even further focused on substitutes for fossil fuels. There will be growing attention to solar and wind power, batteries, electric vehicles, as well as replacing and/or mixing fossil fuels with biofuels. The use of palm oil as biofuel feedstock in Southeast Asia and soy oil and sugarcane in Latin America has led to questions about the Environmental, Social and Governance (ESG) implications of these products. While an increasing number of Fast-Moving Consumer Goods (FMCG) companies have palm oil milling and sourcing lists that are publicly available for consultation and verification by civil society and other actors, most fossil fuel companies have not been transparent about the origin of palm oil and other products for their biofuel-mix brands. This constitutes a major leakage risk as fossil fuel and energy companies source palm oil from deforested land.

In 2020, 23 percent of palm oil production, or 17.6 million metric tons (MT) was used in palm-based biodiesel. Southeast Asia (Indonesia, Malaysia, Singapore and Thailand) is the largest producer of biodiesel, and the remainder is produced in China, India, and the EU. Also, in Latin America, there is growing use of palm oil for biofuel production.

Within Southeast Asia, the Indonesian state-owned company Pertamina is a fossil fuel and biofuel giant. While in Indonesia energy policies support further growth of blending palm into fossil fuels, the EU plans to phase out palm-based biofuel in 2030.  Within the EU, the Finnish company Neste will continue to process palm oil until 2030. Pertamina and Neste have publicly available palm oil mill lists.

However, a growing number of companies active in biofuels, including Big Oil (the large oil & gas conglomerates), do not publish palm oil mill lists. This lack of transparency will obscure that the feedstock supply might be linked to deforestation. One example is Shell. It reports to have sold 9.5 billion litres of low-carbon biofuel in 2020 under the Shell brand. The company does not break down feedstock types for their biofuels. Shell’s plan to construct a new 0.82 million MT (0.8 billion litres) biofuel plant in Rotterdam points to further large expansion (nearly 10 percent) of its biofuel capacity. Shell says it will not use “virgin palm oil,” but that does not appear to exclude the use of residues like palm-based PFAD. In reaction to a Chain Reaction Research question for clarification, Shell said: “Until such a time that sufficient sustainable waste feedstocks are available, Shell will need to utilise some sustainable vegetable oils in the feedstock mix. That will not include any palm oil, PFAD, or non-regulatory approved feedstocks such as soy should that become the subject of a ban.”

In Latin America, Brasil BioFuels (BBF) is active in producing biofuels, and, in 2020, the company acquired Biopalma da Amazônia, the palm oil arm of mining company Vale, making it the largest producer of palm oil in Latin America. The company is active in all stages of the process: cultivation and management of raw materials including palm oil, oil processing, biodiesel production, and electricity generation.

Some segments like the Sustainable Aviation Fuel (SAF) have attracted growing interest in new entrants in biofuel production, given that in the coming decades the aviation sector will have no other choice but to make its operations sustainable. On top of the names already mentioned, companies like Gevo, Eni, Fulcrum BioEnergy, Aemetis Inc., World Energy, SkyNRG, Velocys, SG Preston Company, Sundrop Fuels Inc., ZeroAvia Inc., Red Rock Biofuels, Hypoint Inc., Swedish Biofuels Inc., Virent Inc., Total SA, Terravia Holdings, Sasol, Preem AB, Petrixo Oil & Gas, Lanzatech, Hydrogenics, Exxon Mobil Corporation, Ballard Power Systems, and Honeywell International Inc. are already active in biofuels or are weighing their options. Not all of these companies are active in palm oil; some focus on liquid hydrogen. However, this list of companies, and the growth and size of palm oil-based biofuels, means that transparency through palm oil mill lists (as well as for other feedstocks) is under pressure. At the same time, NGOs applaud increasing transparency by FMCGs, but this segment’s activity in palm oil is in relative decline.

The lack of executing public palm oil mill lists and zero-deforestation policies can be evaluated in the context of earnings on embedded palm oil. Globally, gross profits on embedded palm oil in biofuels were estimated at USD 2.4 billion and operating profit at USD 1.4 billion for 2020. The implementation of zero-deforestation policies plus a best-in-class monitoring/verification system would cost key players only a fraction of these profits.

While FMCGs are spending on improve zero-deforestation execution and are supporting their reputation value with a positive impact on their equity value, Big Oil and other energy companies are potentially creating a large leakage market for palm oil from deforested land. Although scope 1, 2, and 3 emissions from their fossil fuel activities are still much larger and therefore the reporting on palm oil sourcing has no materiality for Big Oil, the lack of action on palm oil may further hurt their reputation value. Banks and investors that are financing the expansion of biofuels through plantations and refineries, or through financing Big Oil and other palm oil-using energy companies, should be aware of this new investment risk, including the potential for “material” reputation risk.