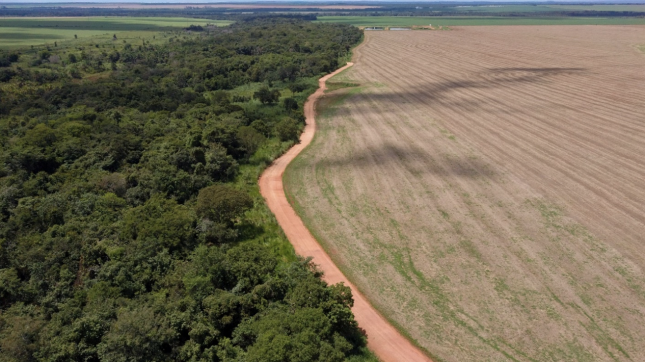 The recently released PRODES data for 2021 shows deforestation of 13,235 km2 (1,323,500 hectares) in the Legal Amazon, the highest number since 2008 and an increase of 22 percent when compared to the previous year (the annual rates cover a timeframe from August of the previous year to July of the current year). Since the beginning of 2019, when the current president, Jair Bolsonaro, took office, data shows an accumulated increase of 56.9 percent for the yearly deforestation rate in Amazon biome. For Cerrado biome, the numbers have not yet been released.

PRODES annual deforestation rates for the Legal Amazon are normally released each year in early November. In previous years, the PRODES numbers were released before or during the COP climate conference to provide transparency on Brazil’s carbon emissions from deforestation. According to INPE’s labor union, the PRODES analysis for this year was completed on time, by mid-October. However, the Brazilian press says that the government intentionally delayed the release to avoid Brazil from seeing criticism during COP26, which ended on November 12. During COP26, the DETER monthly deforestation tracking system reported 87,700 ha cleared during October 2021 in the Amazon biome. This number represents an increase of 5 percent over October 2020, reaching the highest level of deforestation for any October dating back to 2016. October usually has lower rates compared to other months as the deforestation period in Amazon is mainly concentrated between March and July. 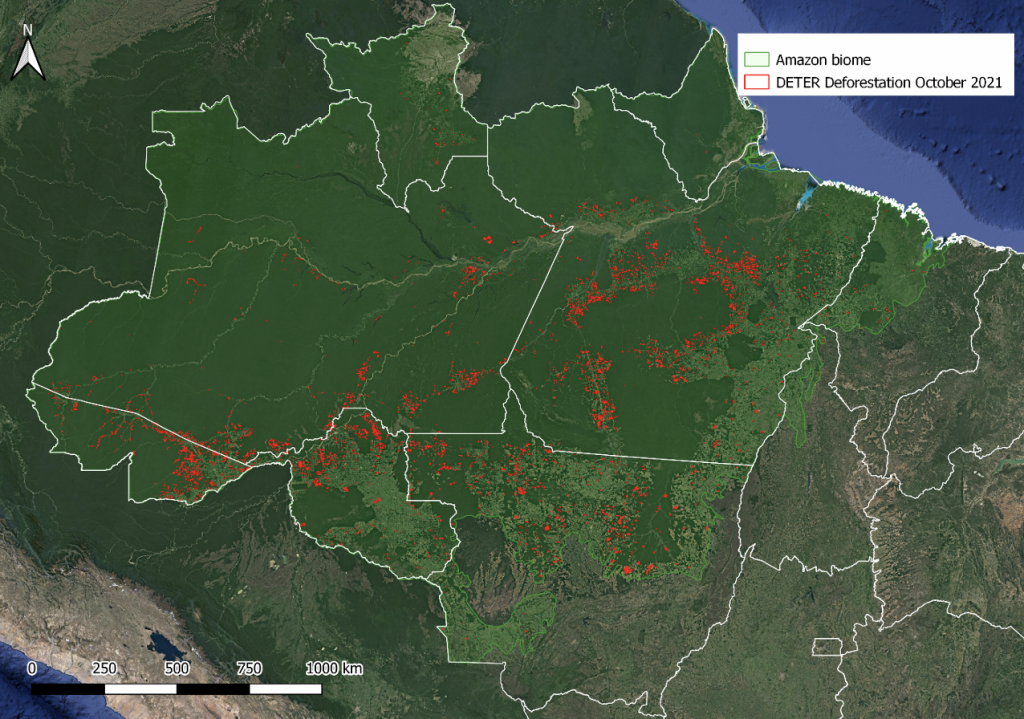 The significant increase of deforestation in the Brazilian Amazon reflects the weakening of the legal framework and the weak monitoring and control efforts promoted by the current government in the recent years. Even with high rates of deforestation, the environmental fines in the Amazon have decreased by 93 percent since the beginning of 2019, when the current government took office. The high deforestation detected by PRODES also casts doubt the two recent pledges signed by Brazil during COP26: the Global Methane Pledge, which aims to reduce the global emissions from methane by 30 percent by 2030, and the Glasgow Leader’s Declaration on Forest and Land Use, which aims to “halt and reverse forest loss and land degradation by 2030.”

Unless there is a radical change from the current trend, the recent global agreement to halt and reverse forest loss by 2030 signed by 141 countries may see the same fate as other agreements regarding deforestation in the Brazilian Legal Amazon:

On November 17, 2021, the EU parliament published a draft of the EU zero-deforestation due-diligence regulation. Companies that purchase soy, beef, coffee, cocoa, timber, and palm oil and derived products such as leather, chocolate, and furniture will need to prove that the products do not come from areas deforested after December 2020. Implementation of such regulation would challenge the lack of traceability and transparency in commodities supply chains and increase pressure, especially on Brazil, to take concrete actions to tackle deforestation. Commodity production in Brazil has recently increased deforestation in the Amazon and Cerrado biomes after a period of decline between 2005-2012. Currently, there are at least five bills under discussion in the Brazilian Deputy Chamber that could weaken the legal framework even more by including amnesty for illegal occupiers of public land (land grabbing) and weakening the environmental license system and regulation of economic activities (including mining) in Indigenous Territories.

Companies and financiers may face financial risks from not aligning with the regulatory environment outside Brazil or when they continue to “benefit” and accommodate Brazil’s erosion of regulation and supervision of the Amazon and Cerrado. The EU supply chain due diligence plans also include the global activities of EU-based activities, such as Carrefour’s local Brazilian beef supplies. Non-compliance by companies could result in court cases, fines, market access risk, stranded asset risk, financing risk, and reputation risk. Financiers (banks and investors) linked to these companies may lose significant value on their shareholdings and may face problems in repayments of loans and bonds.