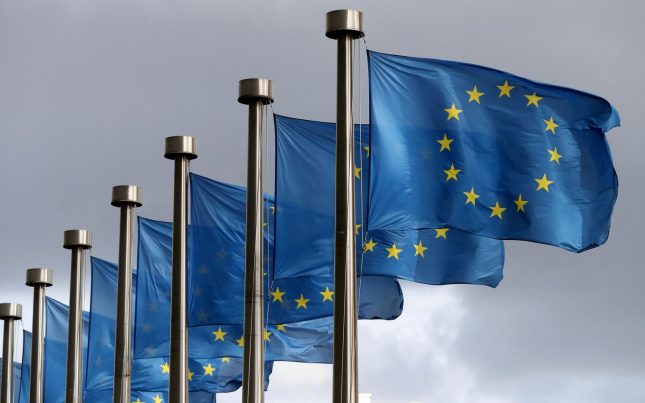 Just two weeks after a watershed announcement by more than 100 countries at COP26 on eliminating deforestation, the EU released a draft law on November 17 that would require companies to show that their products are not tied to forest clearing. Essentially, the legislation would ban commodities that are linked to deforestation, whether legal or illegal, and are imported from countries that have vast amounts of tropical forests. These commodities include beef, palm oil, soy, cocoa, timber, and coffee. Some derived products such as leather, chocolate, and soybean cake have been included in the initial scope. This law would mark the first time the EU has looked to ban products that are produced on legally deforested areas, and it comes at a time that producer countries such as Brazil and Indonesia have rolled back environmental regulations and oversight. “Deforestation and forest degradation are occurring at an alarming rate, aggravating climate change and the loss of biodiversity,” the proposal says. “The main driver of deforestation and forest degradation is the expansion of agricultural land to produce commodities such as cattle, wood, palm oil, soy, cocoa or coffee.”

The EU first announced the proposal in the 2019, and the commitment has been included in the European Green Deal, the 2030 EU Biodiversity Strategy, and the Farm to Fork Strategy. Companies that purchase soy, palm oil, beef, coffee, cacao, and timber would need to show that their sourcing does not contribute to deforestation. As a result, they would have to invest in improved execution and 100 percent monitoring and verification of zero-deforestation policies. The EC Commissioner says that the costs paid by companies are much lower than overall benefits, which is in line Chain Reaction Research analysis that shows benefits are 9-45x higher than costs.

Imports for agricultural commodities in the EU have soared over the past two decades. From 2002-2020, the EU’s agricultural trade doubled, and now makes up 9 percent of EU’s total international trade. The moves toward zero deforestation are altering agricultural commodity trade and further reflect how deforestation is a material risk for actors in these supply chains. Producers, traders, and retailers all face risks such as market access risk, reputation risk, legal risk, and reputation risk. These risks are also extended to their financiers. In the Brazilian soy market, traders such as Cargill, Bunge, and LDC will likely see increasing pressure because their zero-deforestation commitments have not eliminated their links to land clearing. However, the focus of the current proposal on forests means that an ecosystem like the Cerrado or the Pantanal would not fall under the “deforestation-free” definition, an important shortcoming. Brazilian meatpackers such as JBS could come under more scrutiny through their exports to the EU, as will their buyers. In the palm oil market, exporters from Southeast Asia, Africa, and Latin America will face pressure to curb links to deforestation in order to continue to sell to Europe. Fast-moving consumer goods (FMCGs) companies in Europe and their financiers, meanwhile, could face reputation risks from being tied to supply chains that have not eliminated deforestation.

With this proposal, the EU continues to be global leader in taking action to address deforestation as part of its broad agenda to combat global warming. In 2008, the EC’s Communication on Deforestation endorsed policies for the EU to stop forest loss, and the EU has raised awareness over the years about the issue with consumers, encouraging them to alter their consumption habits to reduce the demand for deforestation-free products. Despite these efforts, deforestation has remained at high levels in key countries, which has prompted the major announcement at COP26 and the new proposal from the EU.