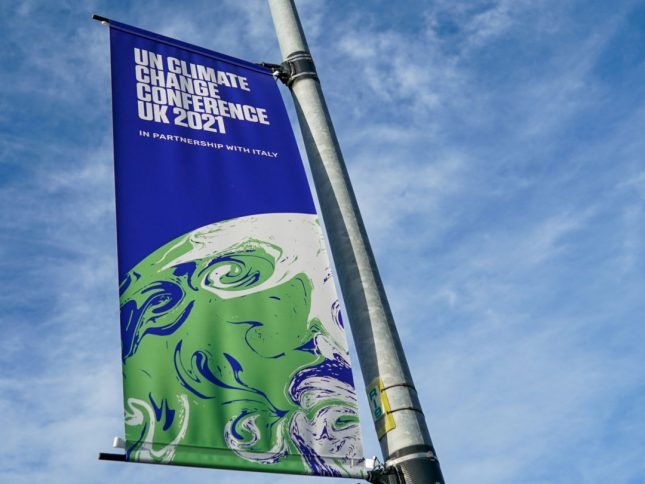 Commitments coming out of COP26 could represent a structural shift in efforts to conserve forests and tackle commodity-driven deforestation. The announcement that more than 100 countries, including those with vast amounts of tropical forests such as Brazil and Indonesia, pledged to eliminate deforestation by 2030 is a crucial breakthrough. Fossil fuels typically get most of the attention among world leaders when they convene for climate talks. But there is a growing recognition that the world cannot reach the goals of the Paris Agreement and remain below 1.5 degrees of warming without protecting the world’s forests, which are under threat from illegal activity and the increased demand for agricultural commodities.

Complementing the announcement from world leaders, investment firms with $8.7 trillion in assets under management committed to get rid of agricultural commodity investments in their portfolios that drive deforestation by 2025. Chain Reaction Research (CRR) analysis over the years has documented growing risks from deforestation to companies in soft commodities, as well as their financiers. The acknowledgement of this material risk is continuing to become apparent throughout the investor and banking world. Reputation risk, legal risk, stranded asset risk, financial risk, among other threats, all loom large over financial institutions that are connected to soft commodities, particularly beef, soy, and palm oil. Institutional investors, asset managers, and other financial actors have in recent years been in the forefront, along with environmental NGOs and other civil society organizations, in urging governments and corporations to take stronger efforts to curb deforestation, which accounts for approximately 15 percent of annual greenhouse gas emissions.

While the COP26 pledges are no doubt important in bringing about the changes necessary to reduce forest clearing for agricultural commodities, implementation and enforcement will determine how successful all stakeholders are ultimately in protecting forests. In recent days, commentary around the announcements at COP26 notes that despite the pledges made in 2014 with the New York Declaration on Forests (NYDF), deforestation has continued at even higher levels, particularly in Brazil, where increased global demand for soy and beef have contributed to widespread fires and land clearing. Corporations, banks, and asset managers have also made their own zero-deforestation commitments since the NYDF, but have come up short on transparency and implementation, and in some cases, they have even shifted back the target date. Financial institutions can engage with companies to see relatively low extra costs to execute zero-deforestation policies, which could lead to large shareholders’ benefits. And countries will need to put in place moratoria on clearing forests and enforcement of tighter regulations, such as the upcoming EU supply chain regulation. In a recent setback, Indonesia’s moratorium expired in September 2021, and Brazilian President Jair Bolsonaro may not implement and enforce his country’s pledge, considering his actions of moving aggressively to open up the Amazon rainforest to commercial development.

Deforestation is an all-encompassing Environmental (climate and biodiversity), Social (land grab), Governance (supply chain management) (ESG) risk that will continue to pose a challenge to governments, companies, and investors until it is virtually eliminated. For the financial community, which has had a large presence at COP26, taking steps to curb deforestation with robust implementation measures can address multiple climate and financial challenges, as exposure to various deforestation risks will continue to lead to worsening material risks. Even though what comes next is unclear, developments at COP26 could be seen as a major part of the shift that brought greater urgency to combatting deforestation.