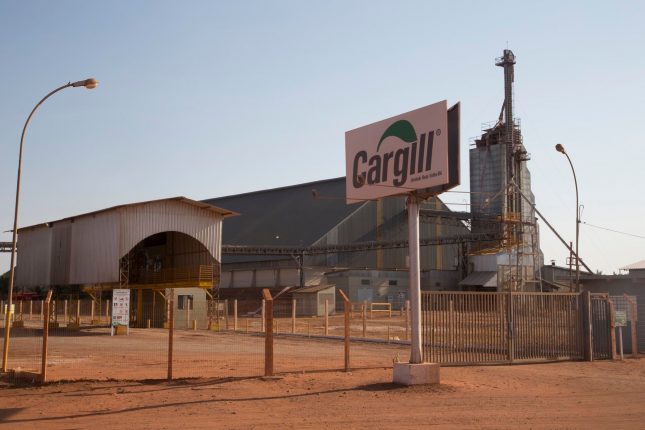 An investigation by the Bureau of Investigative Journalism, Greenpeace Unearthed, ITV News, and the Daily Mirror has found links between deforestation in Brazil’s Amazon and Cerrado biomes and British dairy products. Soy trader Cargill, leading European animal nutrition company ForFarmers, and multiple consumer goods companies are connected to the supply chain of Grupo Scheffer, a Brazilian agribusiness with 224,000 hectares (ha) of arable land. Grupo Scheffer has been repeatedly linked to incidents of environmental damage on farms, including the clearing of swaths of Cerrado vegetation and the use of fire for land clearing.

Cargill has been connected to deforestation and fire events in its Brazilian supply chain for some time. In March 2021, Chain Reaction Research reported that Cargill had the second highest deforestation risk exposure in the Cerrado in 2020 (after Bunge), totalling 44,644 ha. Earlier CRR research found Cargill to have a high risk of experiencing fires within its potential buying zones. As a member of the Soft Commodities Forum (SCF), Cargill and other traders committed to a common framework for reporting and monitoring progress on the transparency and traceability of their soy supply chains in the Cerrado. However, it remains unclear how the SCF pledges relate to their commitments to exclude conversion of all native Cerrado vegetation and implementation of effective non-compliance mechanisms, including in relation to legal conversion. None of the traders included in the CRR analysis support the Cerrado Manifesto, which calls for a halt to deforestation and native vegetation loss in the biome. The traders’ deforestation policies may be insufficient in mitigating deforestation risk in their supply chains.

Arla and Saputo point to their purchases of certification credits to support responsible soy production. However, credits purchased under Roundtable for Responsible Soy (RTRS) certification or Cargill’s own Triple S scheme are not linked to physical supplies. They also allow the mixing of soy with product from non-certified sources, which may be linked to deforestation.

Arla admitted that it does “not monitor the suppliers chosen by our farmer owners for their businesses.” Therefore, it does not know from where soya in its supply chain is sourced. Arla, Saputo, and Mondelez International are fast-moving consumer goods companies (FMCGs). This sector is one of the main beneficiaries of profits generated in the soy supply chain. This pattern is very similar to the profit chain in palm oil. In the palm oil chain, the FMCG and retail sectors (including supermarkets, foodservice, and fast-food restaurants) earn 66 percent of the gross profits and 52 percent of the operating profits on embedded palm oil. These companies and their financiers face high financial risks from not implementing and executing deforestation policies. In particular, financing and reputation risk might cost them up to 30 percent of their enterprise or market value. Setting up a best-in-class zero-deforestation policy and execution, including monitoring/verification, would require these companies to raise consumer prices by less than two percent.

Cargill is a non-listed private company, but many financial institutions are involved in debt financing and bond issuance for its Latin American soy activities. Top creditors in its soy financing are BNP Paribas, Itaú Unibanco, JP Morgan Chase, Bank of America, and Deutsche Bank. Top investors in bonds are Prudential Financial (US), Metlife, AIG, Nationwide Mutual Insurance, and Wellington Management. Several of them adopted zero-deforestation policies and have ample reasons to engage with Cargill. Of identified and adjusted debt products, 27 percent came from financial institutions in the European Union (EU). EU institutions are increasingly exposed to sustainable finance regulations (like the SFDR), and they will also have to confront upcoming EU regulation on supply chain due diligence (2022).