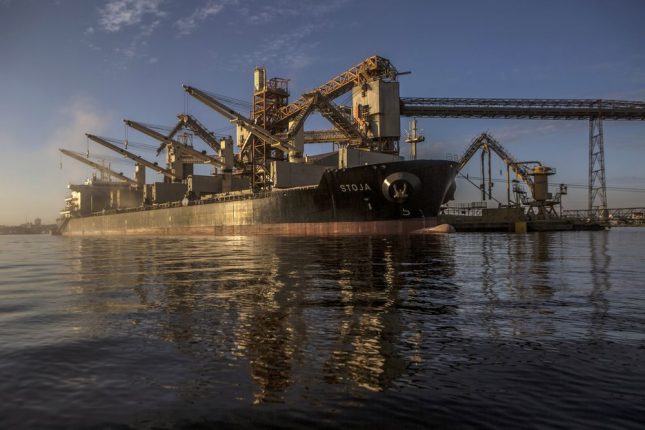 The Chain: EU Proposals for Deforestation-Free Supply Chains Another Step in the Transformation of Agricultural Commodity Trade

The European Commission (EC) this week released proposals to step up action to reduce deforestation globally and cut the EU’s exposure to deforestation-linked commodities. The EC laid out plans to stimulate the use of deforestation-free products through both “regulatory and non-regulatory measures.” Recognizing that relying on voluntary approaches and non-binding guidance is not enough, the EC says, “Despite all efforts so far, conservation and sustainable use of forests cannot be ensured by current policies.” EU actions to promote deforestation-free supply chains could pose business risks to companies along agricultural supply chains that operate in or purchase from high-risk areas.

This EC proposal is the latest contribution to the growing momentum to address deforestation in agricultural commodity chains. Stakeholders, including companies, investors, civil society and governments, have all taken steps to address deforestation risks in recent years. In the palm oil supply chain, market actors have made zero-deforestation a near universal market access criteria, while the Indonesian government has issued moratoria on palm oil expansion and forest and peatland clearing. These actions have resulted in a significant drop in annual deforestation rates. In the soy supply chains, consumer goods companies and investors are negotiating with commodity traders to extent the Soy Moratorium to the Cerrado, the savannah biome covering nearly 20 percent of Brazil. Despite these efforts, deforestation rates in Brazil are rapidly increasing. These are but a few examples of how the drive toward zero-deforestation is changing the agricultural commodity trade, and how deforestation is becoming a material business risk for actors throughout these supply chains.

One proposal is for a new “multi-stakeholder platform” to study what actions would work to curb deforestation. The EC is seeking greater international cooperation to impact both supply and consumption of agriculture products, working with FAO, the UN, the G7, the G20, the WTO, and the OECD. The communication urges more robust certification schemes in order to shore up transparency throughout supply chains and for companies to develop “measurable sustainability targets.” In order to monitor transparency, a new body called EU Observatory on Deforestation and Forest Degradation would track changes in forest cover and provide public institutions, consumers, and businesses access to supply chain data. Another main focus is to “redirect” public and private finance to conserve forests and build deforestation-free supply chains.

In the lead-up to the EC’s communication, NGOs commented on what principals the EU should adopt. For instance, in February, Greenpeace called on the EC to develop a “formal action plan” that includes legislation. Fern and CRR partner Aidenvironment held an event in early May, recommending best practices for the EU in helping agricultural, trading, and finance companies achieve zero-deforestation goals in markets where deforestation is at high levels, particularly Brazil.

Through multi-stakeholder discussions, the EC would look at ways to curb EU imports of products connected to deforestation. Europe is the second largest importer of major agricultural commodities such as soy and palm oil, trailing only Asia. A 2013 study said that from 1990-2008, the EU imported almost 36 percent of “all deforestation embodied in crop and livestock products traded between regions.” The EC seeks to “promote trade agreements that include provisions on the conservation and sustainable management of forests and further encourage trade of agricultural and forest-based products not causing deforestation or forest degradation.” This communication could pressure the EU to abandon its EU-Mercosur free trade agreement because of its lack of protections against deforestation.

The EC proposal comes at a time deforestation is rising in major markets such as Brazil and its contribution to climate change is gaining more attention. A recently leaked Intergovernmental Panel on Climate Change (IPCC) report highlighted the urgency of shifting to sustainable farming to keep warming below 1.5 degrees. Approximately 70 percent of deforestation is connected to agricultural commodity production, and deforestation alone accounts for approximately 15 percent of global emissions. If stricter sustainability measures become a requirement to access the European market, some companies could face business risks. The EU is the second largest buyer of Brazilian soy, with imports accounting for more than 20 percent of the EU’s total. The EU is also a buyer of Brazilian beef, with volumes likely to increase with the Mercosur trade agreement, and it imports approximately 7 million tons of palm oil per year. Major commodity traders with links to deforestation in Brazil’s Cerrado and their financiers could come under greater scrutiny should they continue to operate as before, as their zero-deforestation commitments have not adequately addressed land clearing in markets in which they operate. Fast-moving consumer goods (FMCGs) companies and their investors, meanwhile, could face reputation risks from not meeting their 2020 zero-deforestation commitments.

The EU has been the global leader in articulating a vision on addressing deforestation. The EC’s Communication on Deforestation in 2008 recommended policies for the EU to adopt to curb forest loss, the EU’s Sustainable Development Goal commitment sought to stop deforestation by 2020, and the EU has raised awareness about the issue with consumers, encouraging them to adopt lifestyles that allow for consumption of deforestation-free products. Despite these efforts, it is falling behind in its goals, prompting the new wide-ranging proposals from the EC.

3 Responses to The Chain: EU Proposals for Deforestation-Free Supply Chains Another Step in the Transformation of Agricultural Commodity Trade