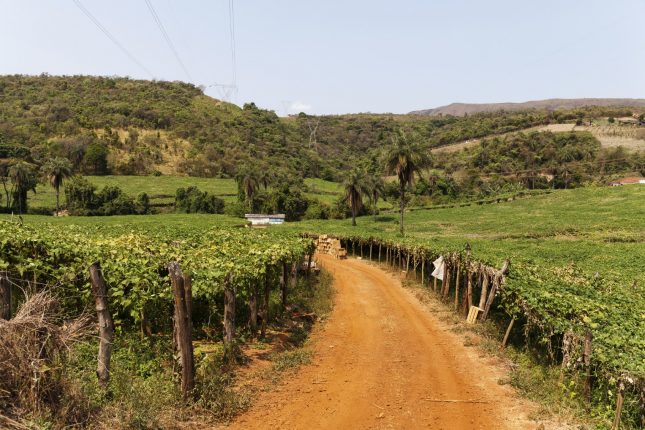 An investigation by several NGOs including Friends of the Earth and GRAIN shows that recent fires in Brazil have taken place on farms owned by Harvard University’s endowment fund and the Teachers Insurance and Annuity Association (TIAA). In addition to the Amazon fires that have received the bulk of media attention, fires have also taken place in the Cerrado, a biodiverse savanna ecosystem covering over 2 million hectares across 11 states in the North, Central, and Western part of the country. The Matopiba region in the Cerrado has been a focus for recent farmland investment in Brazil. However, the investments have taken a toll: As CRR reported last year, forest farmland investors have been linked to more than 423,000 hectares of deforestation. Any connections to deforestation open investors to both reputational and financial risks.

Graphic 1: Farms owned by TIAA and fires burning in Brazil’s Cerrado in September 2019 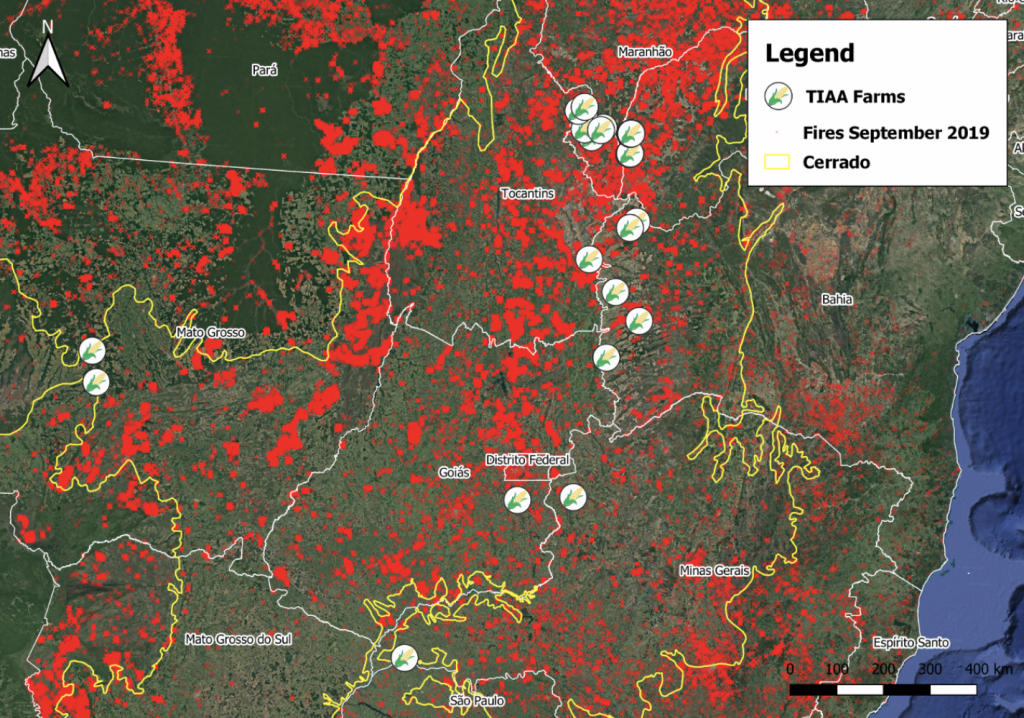 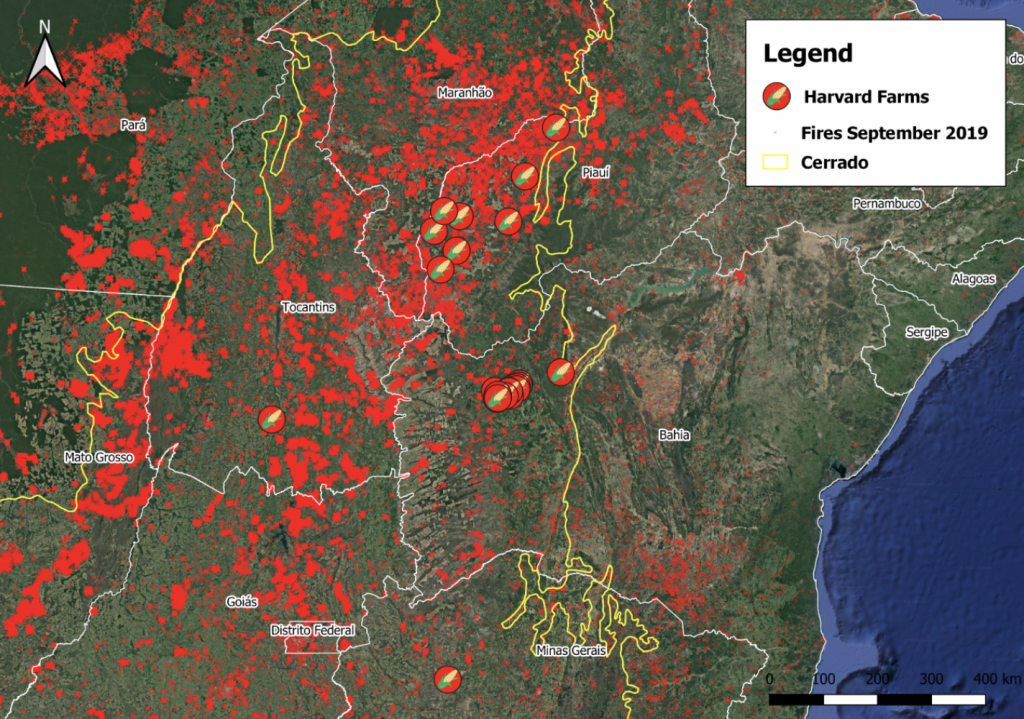 Farmland investments picked up after the 2008 financial crisis. Institutional investors, seeking to diversify their portfolios to better insulate themselves from market volatility and also invest in the trends of increasing population and rising food demand, acquired farmland and other natural resource assets. They believed these holdings would help to balance out the more conventional aspects of their portfolios in the event of another economic downturn. Since then, however, both Harvard and TIAA have encountered numerous difficulties with their natural resource holdings in Brazil, including environmental and social controversies and major financial losses. CRR has linked both Harvard and TIAA to thousands of hectares of deforestation in Brazil. In particular, farms held by the Harvard Endowment Fund have deforested 53,117 hectares (ha), and farms held by TIAA’s subsidiary Nuveen have deforested another 72,753 ha. Bloomberg recently reported that one of Harvard’s asset managers was “freaking out” as he struggled to unload a “disastrous” USD 270 million investment in Brazil.

In Brazil, companies with links to Harvard’s endowment have been subject to multiple accusations of land-grabbing. One set of accusations concerns Fazenda Ipê, a 58,000-hectare farm in Piauí. Fazenda Ipê is owned by the Insolo Group, in which the Harvard Endowment Fund has a majority stake. As CRR previously reported, the Agrarian Court Judge of Piauí ruled in May 2018 that nearly half of the farm was illegally acquired through the process of grilagem, which involves the use of falsified land titles. That same month, the Harvard Crimson reported, Brazilian prosecutors announced: “They were reviewing Harvard’s USD 44 million investment in the 140,000-hectare Caracol Agropecuária agriculture complex, controlled by Caracol’s subsidiary Gaura LLC, for 24 property rights violations caused by contested land.”

TIAA’s natural resource investments have also seen similar hurdles. TIAA’s farmland investment unit, TIAA-CREF Global Agriculture (TCGA), bought at least 13 farms in Brazil’s Matopiba region. At least four of these were purchased from companies associated with the late Euclides de Carli, who was known in the region for illegal land-grabbing. In 2016, the Agrarian Prosecutor blocked his attempt to illegally acquire 100,000 hectares of land in the state of Piauí. His company, Grupo de Carli, a real estate agency, is still active in the farmland market. TIAA also holds shares in multiple energy and mining companies that have been accused of land grabbing and other improprieties in other markets such as Guinea and India.

In Piauí, even more underdeveloped land is at risk of being developed by investors, which could negatively impact the area’s water supply and the livelihood of indigenous people.

Both Harvard’s and TIAA’s responses to these concerns have previously been criticized as inadequate. Now, with fires on their Cerrado properties, their deforestation exposure appears to be growing. Given the amount of media attention received by the Amazon fires, these revelations are likely to bring further criticism. Consequently, reputational risks for these institutions may mount, particularly if NGO campaigns pick up. In addition, retirees, students, and faculty that rely on Harvard’s and TIAA’s funds will likely continue to face financial risks from Brazilian holdings. Harvard has already had to write down the value of its land portfolio once.

« The Chain: After NGO and Investor Engagement, Carrefour Reaches out to Suppliers in an Effort to Reduce Deforestation Exposure The Chain: JBS’ Corporate Ownership to Change as BNDES Looks to Sell 50 Percent of Its Stake in Company »