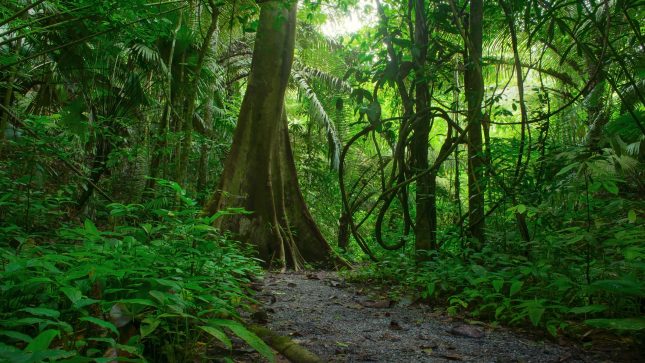 In a landmark 2019 report, the Intergovernmental Science-Policy Platform on Biodiversity and Ecosystem Services studied changes in biodiversity over five decades and found that “around 1 million animal and plant species are now threatened with extinction, many within decades, more than ever before in human history.” Amid a doubling population and quadrupling economic growth, the past 50 years have seen the world’s ecological footprint rise by 190 percent. An estimated 75 percent of land has already been altered by human activity, primarily due to land use change, natural resource exploitation, climate change, pollution, and invasive species.

International coordination on mitigation strategies for biodiversity loss has been pursued through initiatives like the United Nations Convention on Biological Diversity, ratified by 196 countries, and the European Green Deal. As biodiversity loss gains prominence on the international stage, financial regulators and businesses are increasingly incorporating biodiversity risk assessments into business operations to prevent financial losses. Credit and investment risk, market risk, transition and regulation risk, and reputation risk are in the spotlight as companies and financiers evaluate and quantify their reliance and impact on biodiversity around the world.

The COVID-19 pandemic has highlighted the financial materiality of ecosystem services related to disease prevention as deforestation and ecosystem disruption heighten the risk of future zoonotic diseases through increasing contact between humans and animals. Notably, a reduction in regulatory oversight and enforcement during COVID-19 has contributed to an uptick in deforestation. In Brazil, for example, deforestation rates increased by 55 percent during the first four months of 2020 compared to the same period in 2019.

A joint study by De Nederlandsche Bank (DNB) and PBL Netherlands Environmental Assessment Agency quantifies material financial exposures of the Dutch financial sector related to biodiversity loss. An estimated 36 percent, or EUR 510 billion, of the portfolio studied in the report is dependent on ecosystem services. Sectors with business models that rely on continued natural resource availability without internalizing economic externalities are especially susceptible to biodiversity risk. “Ecosystem services are not yet properly priced since they are considered public goods, thereby presenting little to no economic incentive to preserve them.” Despite short-term cost relief, depleting natural resources faster than ecosystems can regenerate threatens the long-term sustainability of company operations and supply chains. Industries ranging from food production to healthcare, consumer goods, energy, and tourism all derive significant financial benefits from the use of natural resources.

The report identified a number of key biodiversity risk exposures for the Dutch financial sector. Approximately EUR 96 billion in investments and loans are directly linked to companies with a negative impact on biodiversity, with an additional EUR 97 billion exposure to reputational risk through products and activities with likely deforestation links. Dutch financiers are also exposed to material transition risks related to changes in regulation and consumer preferences. Planetary boundaries for nitrogen, phosphorus, and genetic diversity are already nearing an inflection point, thus threatening ecosystem resilience and increasing the likelihood of expanded nature conservation zones and a growing regulatory emphasis on less nitrogen-intensive business models. The report identified EUR 81 billion in loans to high nitrogen-emitting sectors and a EUR 28 billion exposure to companies that operate in protected or high conservation value regions and face potential stranded assets risks. Figure 1 outlines the macroeconomic feedback loops generated by such exposures. 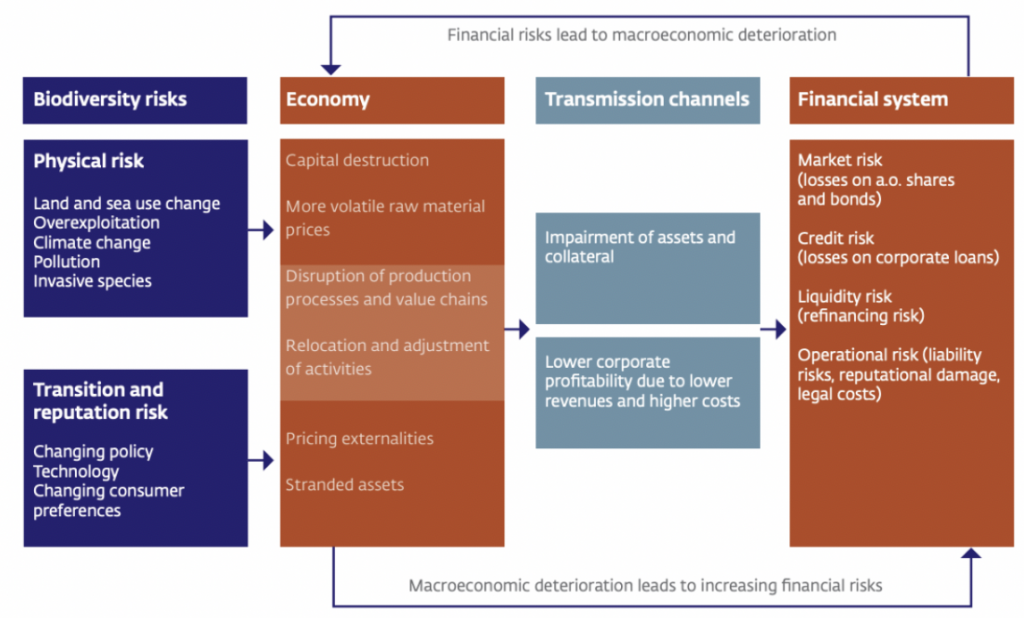 As the financial implications of biodiversity loss come into focus, such reports add to the growing pressure on companies and financial institutions to incorporate material biodiversity risks into enterprise risk management processes and disclosures. Efforts to quantify and mitigate biodiversity risk are likely to increase further with over 7,000 signatories to the UN Principles of Responsible Investment in 135 countries and regulators across five continents in the Network of Central Banks and Supervisors for Greening the Financial System.