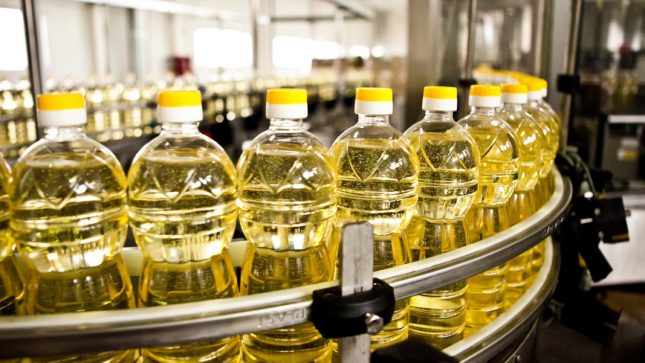 Industry analysts have identified the attractiveness of the biodiesel sector as one reason for the scarcity of cooking oil. Selling CPO to biodiesel markets allows companies to achieve higher sale prices compared to selling to the cooking oil sector where they have to obey domestic price regulations.

In February 2022, the government of Indonesia intended to strengthen the domestic price obligation policy through the Domestic Market Obligation (DMO), which requires companies that wish to export their products to allocate 20 percent of their palm oil for the domestic market. By March 2022, the DMO policy had been increased to 30 percent, but the policy was revoked by the middle of March amid business pushback and limited effectiveness.

The cooking oil crisis revealed how palm oil companies tried to ensure the highest possible price for their products. Half of the domestic cooking oil supply is supplied by four major palm oil companies (Wilmar, IndoAgri, Musim Mas, and Royal Golden Eagle), all of which also supply the biofuel market. Funds acquired from exports levies are managed by Indonesia’s Palm Oil Plantation Fund Management Agency (Badan Pengelola Dana Perkebunan Kelapa Sawit/BPDPKS). BPDPKS, formed in 2015, was developed to help companies facing plummeting CPO prices due to an oversupply globally. Export levies collected by BPDPKS were used to subsidize biodiesel producer with the aim of creating a viable market and a “trickle-down” effect that would benefit smallholder producers. Initially, BPDPKS intended to help smallholders rejuvenate mature plantations. However, a representative of the Oil Palm Farmers Union (Serikat Petani Kelapa Sawit/SPKS) claimed that the subsidy mostly benefitted biofuel companies rather than smallholders, since biofuel companies were able to get fresh fruit bunch from their own plantations. By the time the CPO price increased, these companies chose the more lucrative biofuel sector over the more restrictive cooking oil sector.

In April 2022, a trade ministry official and three palm oil executives were charged by Indonesia’s attorney general in relation to underhand tactics during efforts to resolve the cooking crisis. The companies implicated were Permata Hijau Group, Wilmar, and Musim Mas. The government official was found to have given permits for exports when DMO and DPO policies were in place. Unnamed executives from the three palm oil companies have been accused of continuing to sell CPO on the international market while also selling CPO to the domestic market at prices higher than those set by the government.

In May 2022, a prominent economist was also detained over his involvement in helping palm oil companies wishing to export CPO to circumnavigate the domestic obligation. Despite not having an official position in the ministry, the economist was said to be involved in the ministerial decision-making process. He was among the policy analysts that helped form BPDPKS in 2015.

Seeking a way out of the crisis amid public anger, political pressure, and allegations of corruption, the government issued a ban on the exporting of palm oil products in April. One month after the ban was announced, there were apparent implications. Smallholder farmers reported that palm oil companies stopped purchasing fresh fruit bunches from them, and the price of fruit from smallholders saw a 70 percent drop. The government set the minimum price of fresh fruit bunches at IDR 3,000/kilogram (or ~USD 0.2/kg), but reports from the field say that many companies have been buying fruit bunches from smallholders for as low as IDR 1,000/kg (or ~USD 0.06/kg).

Indonesia’s movement to ban palm oil exports also allowed Malaysia to increase its exports, although the total volume exported by Malaysia is still not enough to make up shortfalls from Indonesia. Indonesia has been heavily criticized by stakeholders in the global palm oil market. Critics say the ban caused CPO prices to increase globally, which could have wide ramifications since palm oil is a staple ingredient in many products. Global markets quickly experienced price increases, driven also in part by droughts in India and the war in Ukraine. Economists have also warned that Indonesia could have lost national income of more than 400 million USD per month if the ban had continued.

On May 19, 2022, the President of Indonesia announced that he would lift the export ban, with exports starting again on May 23. The decision to lift the ban was made because cooking oil is now more available in the domestic market, and the price for non-brand cooking oil has fallen to around IDR 17,000/liter (~USD 1.16/liter). Pre-packaged cooking oil is still seeing high prices, at around IDR 25,000/liter (~1.6 USD/liter).

The cooking oil crisis has dominated political and media discourse in Indonesia during the last few months, with accusations of corruption and quick shifts in government policies. It has demonstrated the precariousness of global commodity markets in the face of conflict and climate change. Global CPO demand has grown over the past few months due to Russia’s invasion of Ukraine and the blocking of export routes, increased export levies on soybean oils in Argentina, and drought in Canada. Ukraine is among the most important sunflower producers, while drought in Canada contributed to reduced supply of canola oil for 2022. China has been looking into alternatives for soybean oil, and palm oil is one of the preferred replacements. With CPO prices high and the lifting of the export ban by the government of Indonesia, it remains to be seen what the impact will be on plantation expansion and deforestation in Indonesia.