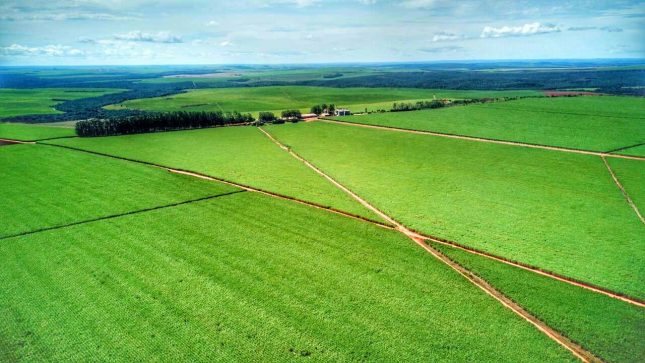 The Chain: BrasilAgro to Convert Over 10,000 Hectares of Cerrado Forest

BrasilAgro, a Brazilian rural real estate firm and soy producer, has plans to convert at least 10,000 hectares (ha) of Cerrado native vegetation for livestock and grain production, which include the drilling of several large-capacity wells. Chain Reaction Research has previously flagged the company’s clearing operations in Brazil and its associated business risks.

BrasilAgro has been focusing on acquiring “underutilized and non-productive land.” The company, which produces soy, sugarcane, corn, and livestock, generates revenues by clearing and developing land and subsequently selling these rural properties. BrasilAgro has 10 properties in its portfolio, and the majority of its farms are in the Brazilian Cerrado, a wooded grassland savanna and an environmentally sensitive area that has seen high rates of deforestation since 2000. Most of its soy expansion has occurred amid clearing of native vegetation in the Cerrado biome, which is rich in biodiversity with 12,070 native plant species. Also, many traditional communities reside in the biome, which is an important source of water for all regions in Brazil. BrasilAgro’s activities in the Cerrado expose the company to deforestation-related business risks.

The 10,000 ha at risk are in Fazenda Novo Buriti, located in the Bonito de Minas municipality in the northern part of Minas Gerais. The total area of the farm is 24,212 ha. The company is planning to remove approximately 10,000 ha and leave 14,000 ha as a reserve, which is more than the legally requested area, according to the company. 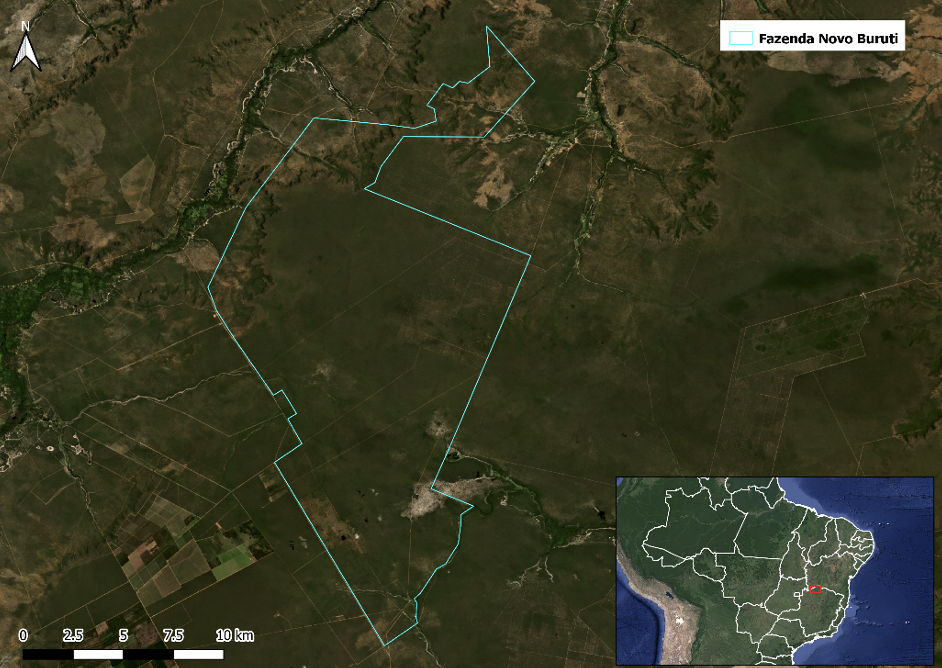 The plans to clear have triggered disagreements between the State Council for Environmental Policies, the Regional Superintendence for the Environment, the State Institute of Forests of Minas Gerais on the one hand and the company BrasilAgro on the other. A representative lawyer with a seat on the Council questioned the impact study and environmental impact report presented by BrasilAgro, asking for more information before opening a vote to approve or veto the land clearing.

The planned deforestation has triggered concerns about biodiversity loss, mainly from species like jaguars and bush dogs that biologists previously identified and are not mentioned in the environmental report. There are also concerns about access to water for local communities.

BrasilAgro may risk losing access to clients and seeing an overvaluation of its land portfolio due to sustainability impacts linked to the planned clearing as the soy market moves toward zero deforestation. In October 2017, a group of consumer companies stated their support for the Cerrado Manifesto, and soy from recently deforested land may soon be barred from these companies’ supply chains. Also, recently deforested farms could see less buyer interest, especially in the light of upcoming EU regulation that forbids EU imports of commodities linked to the clearing of forests after the cut-off date of December 2020.

Companies buying agricultural products from BrasilAgro face financial and reputation risk. Key customers of BrasilAgro for soy and corn include ADM do Brasil, Bunge, Louis Dreyfus, Amaggi, and Cargill. On top of this, European financiers may face reputation risk. In the company’s financial publication for the quarter ending December 2021, Rabobank, Cargill, and Santander were on a list of mainly Brazilian banks/affiliates/companies providing financial services to BrasilAgro. An update on all financiers, investors, and banks can be provided by CRR upon request.

« The Chain: Investors Back Proposed Laws in the United States That Aim to Reduce Deforestation in Commodity Supply Chains