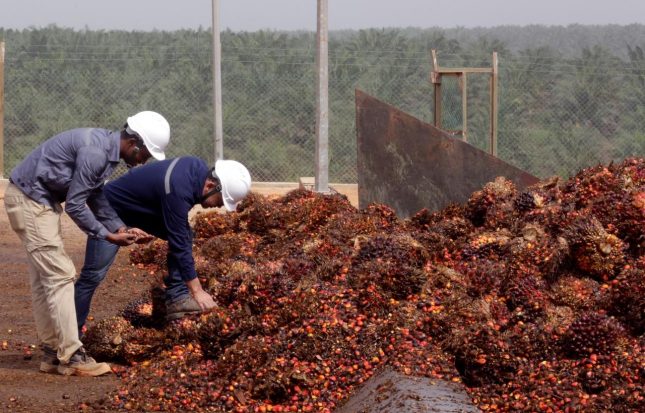 The Chain: India’s Boycott of Malaysian Palm Oil May Lead to Higher Imports from non-NDPE Sellers in Indonesia

This month India began boycotting Malaysian palm oil, a move that could increase the country’s reliance on volumes from Indonesia. This development could lead to greater leakage risks, as India may purchase more volumes from non-NDPE sellers in Indonesia. Deforestation rates for oil palm are higher in Indonesia than in Malaysia. With a majority of India’s refineries not NDPE compliant, Indonesian plantation companies excluded by the NDPE market have turned to India.

The boycott is not official, and India’s government has denied that it is taking any action against Malaysia. However, Reuters reported that the Indian government has asked traders not to purchase from Malaysia. This development comes in the wake of remarks by Malaysian Prime Minister Mahathir Mohamad, who said in October that India had “invaded and occupied” majority-Muslim Kashmir and, in December, criticized the country’s new citizenship law.

Amid government warnings, Indian traders and refiners have sourced larger quantities of palm oil from Indonesia (see graphic below from Reuters), even though CPO from Indonesia is selling for about $10 per ton more than CPO from Malaysia. 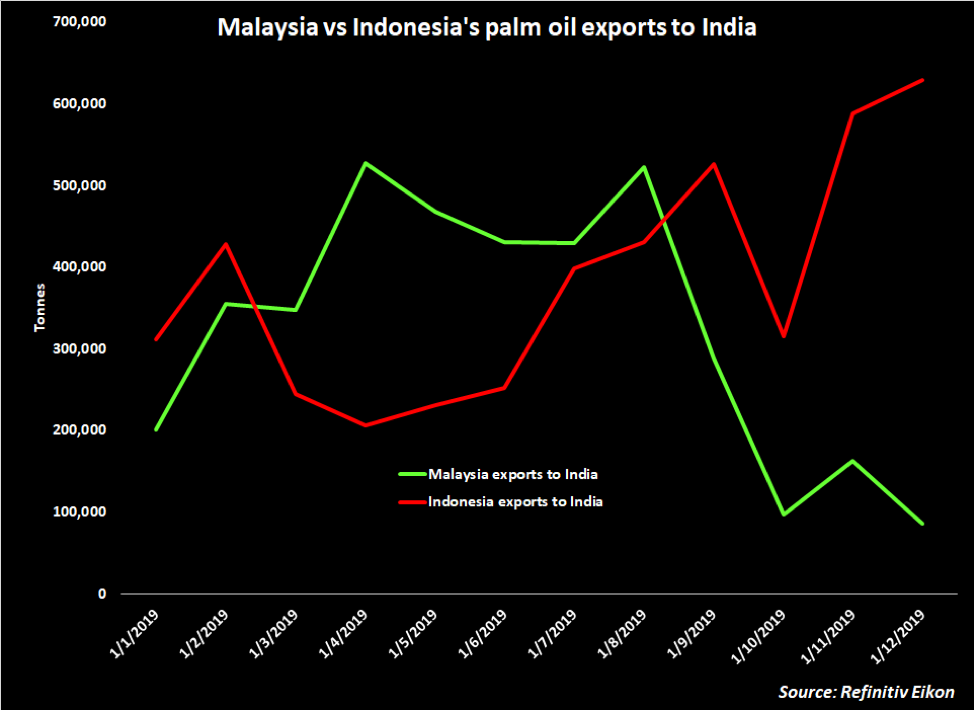 According an analysis by Chain Reaction Research, refiners without NDPE commitments account for 58 percent of Indian crude palm oil (CPO) imports. CRR’s study found that Indonesian plantation companies shunned by the NDPE market have found new buyers in India. Examples of suspended companies finding new markets in India include Sumbermas Sawit Sarana and Austindo Nusantara Jaya, both of which have seen major declines in equity value because of their non-compliance, based on a CRR study.

India is the world’s largest palm oil importer, purchasing volumes worth USD 5.5 billion in 2018. Indonesia is its top supplier, followed by Malaysia. The recent drop in palm oil imports from Malaysia is a continuation of a long-term decline: India imported USD 1.3 billion worth of palm oil from Malaysia in 2018, down 46 percent in four years.

The increase in demand for Indonesian palm oil amid India’s boycott of Malaysian CPO is likely to expand the market for non-NDPE Indonesian palm oil, which could increase deforestation risks in Indonesia. Whether or not that development occurs depends, in part, on how long the Indian boycott lasts.

This situation increases risks for investors in Indonesia’s palm oil industry and companies that source Indonesian palm oil. New opportunities in India for Indonesian companies may bring about active engagement from investors and banks as their Indonesian financial investments could see exposure to the leakage market grow.