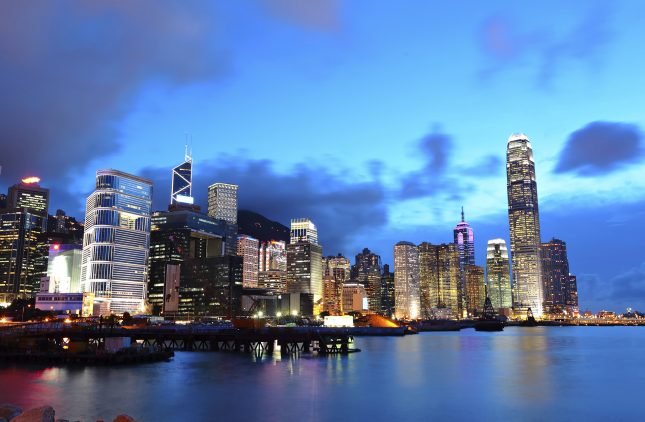 JBS has canceled a USD 500 million IPO of processed food subsidiary JBS Foods International BV (JBSFI) planned for 2018. The IPO was initially scheduled to occur in H1 2017 before JBS experienced scandals regarding alleged insider trading, political bribery and meat safety corruption, deforestation and human rights concerns. Past reporting by Chain Reaction Research has suggested that to reduce net debt/EBITDA ratio to 2 times, the JBSFI IPO would have needed to exceed USD 6 billion and include a valuation discount, with equity dilution between 30 and 63 percent for existing JBS shareholders.

Brazilian Federal Courts confirmed October 16 that JBS controlling shareholders Joesley and Wesley Batista will face trial for insider trading in violation of a plea deal agreed to in May that would have kept them from prison. The brothers allegedly made USD 43 million via JBS equity and foreign exchange transactions based on insider knowledge of their own plea deal before it was announced. The testimony provided in their plea deal led to corruption charges against Brazilian President Michel Temer. The Batista brothers were arrested in September 2017.

The Securities and Exchange Commission of Brazil (CVM) is investigating JBS head of investor relations Jeremiah O’Callaghan. CVM alleges that O’Callaghan violated his duty to inform market participants regarding the Batista corruption plea deal announced in May and that O’Callaghan when he disclosed the plea deal, he did so not according to Brazilian securities regulations. He is now facing financial penalties and suspension of duties.

As of 2016, JBS was recognized by CDP as a regional leader with an A- Score in mitigating deforestation risk from its cattle, timber and soy supply chains. CDP cited JBS’ cattle sourcing system, its legal Supplier Program am its Novo Campo program as tools the company uses to mitigate its deforestation risks from its supply chain.

As shown in Figure 1 (below), JBS’s stock has fallen 25 percent this year. Attempts by JBS to reduce debt have recently supported the share price. However, the continued involvement of the two brothers Batista in JBS management and the lack of progress in solving the ESG issues through increased transparency, improved governance, and zero deforestation and human rights breaches in supply chains continue to place downward pressure on share price and reduce confidence in a sound financial solution. 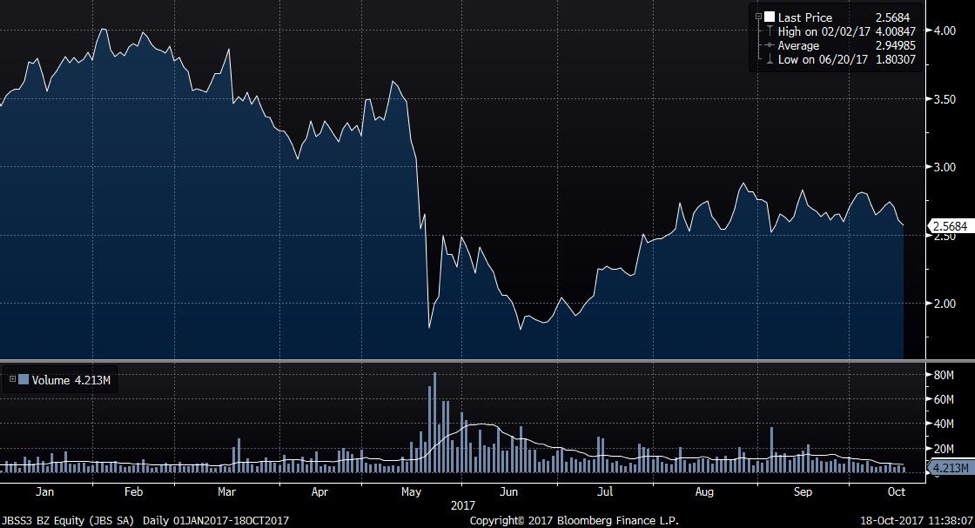