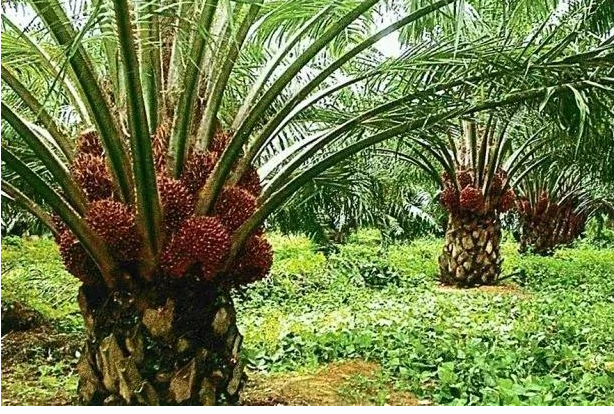 In 1985, 57 percent of the Indonesian island of Sumatra, or 25 million hectares (ha), was covered by natural forest. By 2016, that number decreased to 11 million ha, equaling to a 56 percent loss of the island’s forest cover.

Tesso Nilo National Park (TNNP), located in the Sumatran province of Riau, has lost 77 percent of its forest cover since being inaugurated in 2004. In 2016, Forbes reported that the lack of traceability remains a problem for corporations that have made a zero-deforestation commitment. In 2017, WWF Indonesia reported that a total of 40,000 ha of TNNP had been deforested for palm oil production. In 2018, CIFOR reported that the lack of traceability in palm oil production continues to be the root cause of the deforestation problem.

Then, in June 2018, Eyes on the Forest published an investigative report on palm oil trading originating from plantations in and near TNNP. As a backdrop for its investigations, Eyes on the Forest used the May 2016 multi-stakeholder task force set up by the Indonesian Ministry of Environment and Forestry to restore TNNP. Two of the objectives of the task force include removing the illegal palm oil plantations on this federally-protected land and to ensure that crude palm oil mills in the surrounding vicinity of TNNP do not source palm oil fruit – fresh fruit bunches – from allegedly illegal plantations.

Eyes on the Forest analysis suggests that four major Southeast Asian palm oil companies Wilmar, Musim Mas, Golden Agri-Resources, and Royal Golden Eagle have purchased fresh fruit bunches from uncertain third-party sources. It was discovered that an inadequate supply of fresh fruit bunches (when compared to their refining resources) from their own palm oil plantations supports the need for such a practice, thereby increasing the risk of sourcing tainted palm oil fruit from third-parties. This is irrespective of whether these companies have internal zero-deforestation commitments when developing plantations of their own. Eyes on the Forest maintains that these four companies were made aware of the risks of continuing to purchase fresh fruit bunches from uncertain sources in and around TNNP.

During its investigation, Eyes on the Forest traced fresh fruit bunches from these alleged illegal plantations in and near TNNP to 22 local crude palm oil mills owned by these four palm oil companies. It was found that, in fact, the majority of mills and refineries surrounding TNNP do not trace the origins of their fresh fruit bunches they purchase from third-party plantations.

Eyes on the Forest suggests that these four companies have lax due diligence policies when it came to sourcing third-party fresh fruit bunches from in and around TNNP. The report states that agents are masking their products’ origins claiming the product was from a legal plantation, mixing fresh fruit bunches from different sources, or changing the license plates on their delivery trucks to hide sourcing. Additionally, the analysis suggests that there was little motivation on the part of these four companies to investigate further. This continued tolerance of tainted third-party palm oil fruit is contributing to the world wide contamination, or leakage, into the global palm oil supply chain.

Palm oil refiners increase their own reputation risk when accepting tainted palm oil fruit. It should also be noted that producing unsustainable palm oil will inflate the earnings of refiners, and investors thus face financial risk should such palm oil be removed from these refiners’ income statements.

Eyes on the Forest reported that it shared the publication with these four major companies and the other corporations mentioned in the report before the report’s publication.