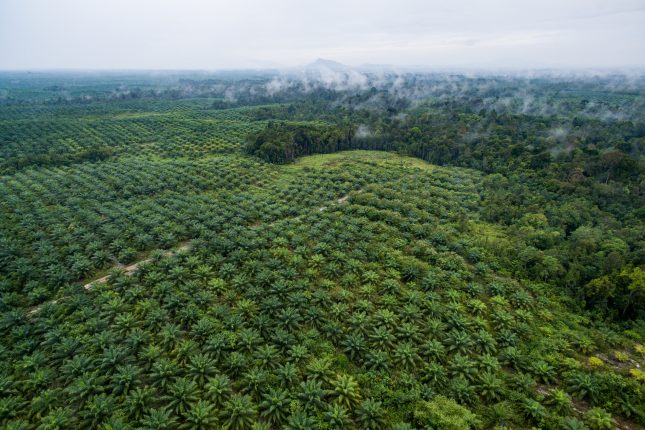 Wilmar and GAMA Group appear to be connected via familial and business links, argue Greenpeace International in its June 25 report. Greenpeace claims the links between the two companies make Wilmar complicit in ongoing forest clearance on GAMA-owned plantations in West Papua and West Kalimantan, Indonesia.

Wilmar was established in 1991 by Kuok Khoon Hong (known as William) and Martua Sitorus. Kuok is Wilmar’s Chairman and CEO, while Martua Sitorus was Executive Director/ CEO until June 2013, and Executive Deputy Chairman in charge of Wilmar’s operations in Indonesia until stepping down in March 2017. He remains on Wilmar’s board of directors as a non-independent non-executive director. Forbes stated in 2013 that he was 736th richest person in the world. According to Bloomberg (paywall), Sitorus total Wilmar-based compensation, from 2013 to 2017, was USD 21,029,358.

Martua Sitorus and his brother Ganda Sitorus also established GAMA Group, which, like Wilmar, is a mix of the owners’ names, in 2011. Wilmar’s website describes Martua Sitorus as ‘the CEO of the Gama Corp group of companies’, and GAMA Group’s Indonesia operations are largely owned by members of the Sitorus family.

Unlike the publicly-listed Wilmar, which adopted the first palm oil industry No Deforestation, No Peat, No Exploitation (NDPE) policy in 2013, GAMA Group does not have a single parent entity. Actually, GAMA Group is a collection of subsidiaries owned by the Sitorus family. These subsidiaries have cleared over 21,500 hectares (ha) of forest since the adoption of Wilmar’s NDPE policy, in PT Graha Agro Nusantara in West Kalimantan, and PT Agriprima Cipta Persada and PT Agrinusa Persada Mulia in West Papua. The Greenpeace report raises the following key issues about the link between the two companies:

Greenpeace is calling on the RSPO to suspend Wilmar until the cleared-out forest on GAMA Group’s concession is restored, and for consumer goods companies to suspend purchasing from Wilmar. Indonesia’s Environment and Forestry Minister recently imposed  11 sanctions on GAMA Group’s PT Graha Agro Nusantara, including a stop work order on peat development and a timeframe for peat restoration on the plantation. Although the exact requirements of the orders are not yet clear, pressure on GAMA Group and Wilmar will likely remain. The issue presents severe market access risks for Wilmar.

In response to the Greenpeace report, Wilmar said it stopped sourcing crude palm oil from the GAMA Group concessions highlighted on June 20th, 2018, but claims it has no control or management influence over GAMA Group. The Greenpeace and Chain Reaction Research reports, however, highlight the need for traders to extend their NDPE policies to all suppliers and their related entities, and not undermine NDPE policies by separating themselves from entities that should fall under policy compliance.

One Response to The Chain: Wilmar and GAMA Group’s Zero-Deforestation Policies Threatened by Shadow Companies

« The Chain: Lack of Palm Oil Traceability Contributing to Deforestation in Sumatran National Parks The Chain: Martua Sitorus Resigns from Wilmar Board »