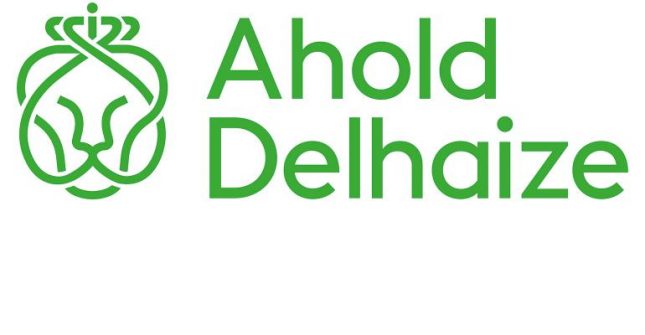 In June, Ferrero won an EU lawsuit in the Belgian National Court against Ahold Delhaize. Delhaize, before its merger with Ahold in 2015, had run an advertising campaign stating that Nutella and other Ferrero products contained palm oil, regardless of Ferrero’s sustainable palm oil and Roundtable on Sustainable Palm Oil (RSPO) commitments. Since 2014, Ferrero has purchased only ‘segregated’ RSPO-certified palm oil. The term ‘segregated’ means that Ferrero’s palm oil supply chain is kept separate throughout the supply chain from any other palm oil. The court ruled that Delhaize’s campaign ran afoul EU law against misleading advertising.

Palm oil is a staple of many consumer goods, biofuels, and plastic substitutes. It is found in about half of all packaged products purchased by Western consumers. Demand for palm oil has tripled over the past fifteen years. In 2016, global palm oil production was 58.3 million metric tons. Malaysia and Indonesia produced 85 percent of global supply. In 2016, palm oil production was a USD 65 billion market.

At the same time, palm oil production is a key driver of both deforestation and peatlands clearance in Indonesia and Malaysia. These activities have major negative impacts including greenhouse gas emissions, public health risks, human rights violations, land grabbing, and result in irreversible biodiversity loss. Chain Reaction Research estimates suggest that at least ten percent of Indonesia’s land is under concession to palm oil estates which has resulted in about 3 percent of Indonesia’s oil palm estate to be potentially a stranded asset due supply and demand constraints associated with deforestation regulations by governments and voluntary commitments by corporations.

Companies have responded by working towards sustainable palm oil supply chains. Currently, according to Forest Trends, 277 companies globally have some type of public zero-deforestation commitment. In fact, the member companies of the The Consumer Goods Forum has made a voluntary commitment to achieve zero net deforestation by 2020.

Another example is the 2014 New York Declaration on Forests. In this declaration,  53 companies committed to “at least halve the rate of loss of natural forests globally by 2020 and strive to end natural forest loss by 2030” and “eliminat[e] deforestation from the production of agricultural commodities such as palm oil, soy, paper and beef products by no later than 2020”.

The Roundtable on Sustainable Palm Oil (RSPO) was established in 2004 with the objective of promoting the growth and use of sustainable oil palm products through credible global standards and engagement of stakeholders. 21 percent of global production of palm oil is RSPO-certified.

The key is RSPO-certified palm oil trades over-the-counter (OTC) with the term sheet used for the contract between corporate buyer and seller referencing the specific sustainability criteria of the underlying transacted palm oil asset.

The commitments that are written into conditions for term sheets place corporations at risk for not achieving their sustainability goals. For example, in June, Unilever suspended purchasing crude palm oil from Sawit Sumbermas Sarana (SSMS) because this supplier violated Unilever’s supply chain commitments. In Q1 2017, trade receivables to Unilever Oleochemicals Indonesia amounted to IDR 57.6 billion (USD 4.3 million) – a 41x increase over Q4 2016 trade receivables. With the suspension of this contract, SSMS lost a buyer that was equivalent to 8.4 percent of their 2016 revenue.

In summary, SSMS actions could have put Unilever at legal risk of their products subject claims of violating misleading advertising laws in the EU. This is because SSMS sold palm oil to Unilever whose origin may have violated Unilever’s Sustainable Palm Oil Sourcing Policy – 2016.

The EU has laws in place to prevent misleading advertisement by businesses. Companies making claims about their products’ main characteristics while supplying these products to consumers or traders in the EU should be aware that there is a legal risk if they do not comply with these claims. This could include environmental and sustainability claims.

ClientEarth’s April 2017 legal policy brief explains that, depending on the specific circumstances of the case, such companies could be held accountable under EU laws on misleading commercial practices.

The UCPD prohibits misleading commercial practices that deceive or are likely to deceive the average consumer in relation to, among other things, the geographical origin of a product and are likely to influence consumers’ purchasing decisions. According to the UCPD, a company could violate the directive if its provides false information, presents information about a product that is deceptive, omits material information about a product, and/or fails to comply with a code of conduct by which the company has undertaken to be bound.

For example, in 2011, the Market Court of Helsinki upheld a claim by a Consumer Ombudsman that a trader took advantage of the retail public when it “advertised the sale of bags of sweets by stating that for each bag sold, it would plant one tree. However, the trader had already agreed to plant a certain number of trees, independently from the number of candy bags sold.”

According to a brief by ClientEarth:

“(UCPD) guidance provided by the European Commission specifies that clarity and accuracy of an environmental claim is key:

This means that if a trader that has described their product as being compliant with a self-regulatory code, it is important that the product actually is compliant with the self-regulatory code – such as the RSPO. Non-compliance with a code of conduct could constitute a breach of the UCPD where the related claims are not merely aspirational, but are firm and capable of being verified.

Recourse in the above situations, in order of seriousness, include:

Even though a company makes a voluntary commitment on the company’s website or in the media, these commitments may impact the commercial decision by a corporation or individual. So therefore, voluntary commitments, when not upheld, place the corporate seller at risk of violating misleading advertising laws.

When environmental claims communicated in commercial practices do not comply with these principles, there is a legal risk that a company may be in breach of the above-mentioned laws.

The precise assessment of the risk and consequences must be carried out under the national laws transposing EU law. Companies using environmental claims in commercial practices should therefore regularly monitor and verify their supply chains to check if environmental claims are up-to-date and accurate. Where this is not the case, adequate steps should be taken to remedy the situation, including by suspending trade with problematic suppliers and withdrawing or updating claims.

Likewise, the RSPO states in its RSPO Guidelines on Communications & Claims p. 2 that:

“Members that use the logo but do not comply with these rules can be found in breach of article 2.1 of the RSPO Code of Conduct, which bans misleading or unsubstantiated claims about the production, procurement or use of sustainable palm oil. Any unauthorized use of the logo will be treated as an infringement of copyright laws.”

On June 12, the Belgian National Court ordered Delhaize to stop its “misleading communication” campaign against Ferrero. Previously, Delhaize launched an advertising campaign stating that its Choco spread was better for the planet and consumer health because it contained no palm oil. Delhaize made this argument despite Ferrero’s sustainable palm oil and RSPO commitments. In 2016, Ferrero ranked as top scorer in the WWF International Palm Oil Scorecard 2016.

“The Court of Appeal evaluated the argument brought forward by Ferrero and confirmed that Delhaize’s advertising for its sweet spread is incorrect and illegitimate. The Courts sustains Ferrero’s arguments that it is illegal to claim that a product without palm oil is de facto better for environment and has better nutritional qualities than one containing palm oil.”

Earlier, Ferrero lost a separate court case against Delhaize arguing that Delhaize should not be allowed to sell its hazelnut spread under the name “Choco” even though it does not contain any chocolate.

The legal standards contained in the UCPD and Misleading Advertising Directive should guide how environmental claims, such as zero deforestation commitments, are used, so that commercial partners are not mislead. Companies need to ensure that they implement strong supply chain monitoring to avoid being caught in breaching their own commitments. Similar laws are also in place in Canada where earlier this year, the Canadian Competitive Bureau cautioned business to back up environmental claims, or they will face legal recourse.

In June, INTERPOL – the International Police Organization, an intergovernmental organization facilitating international police cooperation – announced that “Multi-billion dollar forestry crime [will] be treated as white collar crime.” With more and more companies making voluntary commitments that impact corporate buyers’ decisions, this underscores the need for companies to be honest about their commitments – and the consequences if they aren’t.

INTERPOL estimates the annual global cost of corruption in the forestry sector to be in the order of USD 29 billion. In 2014, Forest Trends estimated agriculture commodities – such palm oil, beef, soy, cocoa, and timber – sourced from illegal conversion of land are valued at USD 61 billion annually.