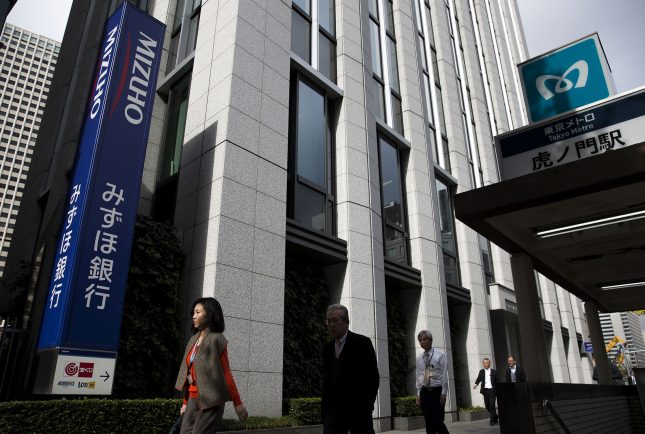 Mizuho has adopted stricter forest policy financing standards, paving the way for stronger ESG actions in the Japanese banking sector. Mizuho is now the standard by which to evaluate the policies of other Japanese megabanks, which is prompting a shake-up in the industry. Sumitomo Mitsui Banking Corporation (SMBC) has already followed Mizuho’s lead in strengthening Environmental, Social, and Governance (ESG) policies, though with less rigor on mitigating deforestation risk. Meanwhile, Mitsubishi UFJ Financial Group (MUFG), the largest bank in Japan with what were previously the strongest climate policies of the Japanese megabanks, is expected to announce changes that match or exceed Mizuho’s policy in the coming months.

Major Japanese banks have been in the spotlight for financial connections to palm oil-driven deforestation and illegal activities in Southeast Asia. Despite the sector’s expanding policies to incorporate No Deforestation, No Peatland, and No Exploitation (NDPE) criteria, questions loom over its continued lending to companies with connections to deforestation, human rights abuses, and labour rights violations, such as Indofood.

MUFG, Mizuho, and SMBC all released first iterations of their deforestation policies in the past two years, but they were seen as falling short in a variety of critical areas. Mizuho’s updated policy enhances its ESG standards by:

Mizuho’s updated policy notably creates the foundation for stronger sustainability governance mechanisms and sends a message to clients that new investments will involve expanded due diligence and progress on remedial actions. However, gaps in coverage may reduce the effectiveness of the new policy in mitigating risk. Without mandating client adoption of NDPE policies and Roundtable for Sustainable Palm Oil (RSPO) certifications, Mizuho’s level of stringency in implementation may be called into question. Furthermore, despite an expanded environmental policy that requires due diligence regardless of sector, the lack of explicit references to forest-risk exposures in soy, rubber, and beef may highlight additional sector and geographical risk. Nevertheless, the recent policy update could partially mitigate ESG risks for Mizuho investors related to market access, stranded assets, and legal action.

External Pressure as the Primary Catalyst for Policy Updates

The primary catalyst for Mizuho’s policy updates was pressure campaigns by shareholders, NGOs, and other stakeholder groups. Notably, the Kiko Network filed a shareholder resolution in March, calling on Mizuho to align investments with the goals of the Paris Agreement and to disclose climate-related risks. This came soon after a January 2020 Rainforest Action Network (RAN) report detailing the role that Japanese megabanks have played in financing activities with evident links to deforestation, peatland destruction, corruption, illegality, poor financial management, and labor violations in Indonesia. The Southeast Asian conglomerates highlighted in the report were Sinar Mas Group (loans of USD 365 million), Jardine Matheson Group (loans of USD 369 million), and Salim Group (loans of USD 605 million). Mizuho issued USD 600 million of credit facilities to these conglomerates, while MUFG and SMBC issued USD 501 million and USD 238 million respectively. The combined Japanese megabank loans offered to these three groups totaled USD 1.3 billion.

Japanese megabank investments have been long tied to scandals and controversial companies. In the first half of 2019, Indofood Sukses Makmur (Indofood) was forced to reevaluate its financing structure after a subsidiary violated both RSPO standards for sustainable production and Indonesian labor laws. Without RSPO membership, Indofood was no longer in compliance with Citigroup, Standard Chartered, and Rabobank financing policies, which caused the three banks to cut USD 118 million in loans. Meanwhile, MUFG, Mizuho, and SMBC still offered a combined USD 1.1 billion of credit facilities. Mizuho even extended an additional USD 48 million in loans during that period. As banks, palm oil traders, refineries, investors, and major brands worked to distance themselves from Indofood to mitigate financial and reputational risk, Japanese megabanks did not have the forest-risk sector policies in place to make lending contingent on sustainable and legal practices. It is unclear whether Mizuho, and others with new policies, will continue financing Indofood and other controversial actors in the palm oil sector. Indofood represents a test case for understanding Mizuho’s planned engagement on remedial actions and preparedness to suspend loans of clients that violate the new policy. “After all, a policy is only as good as its implementation,” said Hana Heineken, Senior Responsible Finance Campaigner with RAN, in a statement.

A 2019 call by 56 Principles for Responsible Investment (PRI) signatories for public NDPE policies across the palm oil value chain was likely another driving force for change, especially considering the investors’ combined USD 7.9 trillion in assets under management. Since MUFG, Mizuho, and SMBC are all top ten financiers to forest-risk sector companies and Principles for Responsible Banking (PRB) members, they have been under significant pressure to reduce their exposure to deforestation.

Figure 1: Top Ten Lenders and Underwriters for Palm Oil, Pulp and Paper, Timber, and Rubber from 2014 to 2019

Mizuho’s policy changes can be further contextualized in the growing ESG landscape in Japan. The government has proactively promoted the SDGs and the Paris Agreement. The Ministry of the Environment coined the 2019 “ESG Finance Awards Japan” to reward private sector leadership in solving environmental and social issues. The Ministry of Economy, Trade, and Industry and the Financial Services Authority (FSA) have similarly taken actions to advance transparency, ESG investing, and sustainable finance. Notably, the FSA announced a change in the code of conduct to integrate ESG in investment decisions. While this guidance is nonbinding, it is widely believed that many institutional investors will comply.

Set up in 2006 to supplement Japan’s pension payments for 100 years, the USD 1.6 trillion Japanese Government Pension Fund (GPIF) is an example of a long-term investor with a growing ESG focus. As the largest retirement savings fund globally, the GPIF is a key pillar of the financial sector both in Japan and around the world. The GPIF accelerated the pace of ESG integration in 2017 by incorporating three ESG indexes and setting a target allocation of 10 percent of its equity portfolio in ESG investments. The second wave of GPIF ESG integration came in 2019, when it announced that it would partner with the World Bank to invest in green, social, and sustainable development bonds. These actions are based on the principle of pairing long-term investments with long-term risk assessments and the understanding that “most of the ESG risks (such as the impact of climate change) will materialize in the five- to seven-year time frame.” As investors increasingly incorporate ESG topics into discussions and decision-making, banks will likely be incentivized to further clarify and improve ESG policies.

One Response to The Chain: Mizuho Leads Japanese Banking Sector in Forest Financing Policies, Questions Loom Over Financing of Indofood