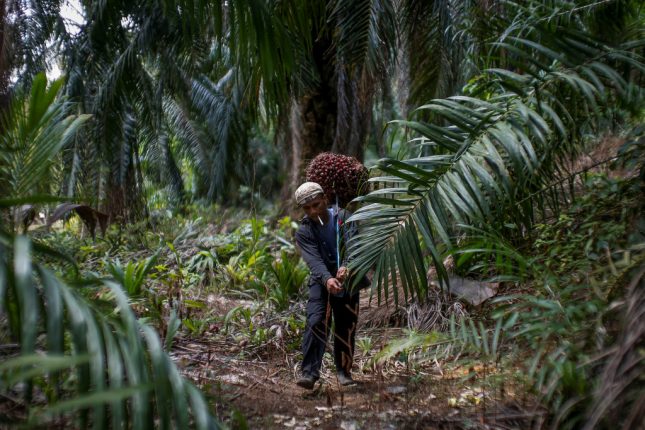 The Rainforest Action Network (RAN) has sent letters to the heads of major financial institutions that may be involved in a USD 2 billion syndicated loan for Indofood CBP, a subsidiary of Indofood Sukses Makmur (Indofood). RAN’s letters are an effort to put a spotlight on the continued financing of Indofood and its subsidiaries despite repeated worker and environmental violations. “Your firm’s financing of Indofood or its subsidiaries coincides with ongoing complaints and investigations by workers and governmental entities over labor abuses at Lonsum’s palm oil plantations and mills,” the letters say. “Any further financing of Indofood now will no doubt exacerbate these existing problems and expose your firm to significant reputational and potential financial risk by contributing to further labor exploitation.”

Indofood CBP sources palm oil from its sister company London Sumatra (Lonsum), which has been accused of longstanding labor violations and deforestation. Lonsum was suspended from the Roundtable on Sustainable Palm Oil (RSPO) early last year, and Lonsum has been cut off by a number of large buyers. Lonsum’s mistreatment of workers has continued since leaving the RSPO, according to RAN. Indofood, which withdrew from the RSPO in early 2019, is Indonesia’s largest food company and is listed on the country’s stock exchange. Some banks, such as Citigroup, Standard Chartered, and Rabobank, have stopped financing Indofood.

The Salim Group runs First Pacific, which owns a majority stake in Indofood. IndoAgri, a vertically integrated palm oil producer, is a subsidiary of Indofood and Lonsum’s parent company. IndoAgri, which is listed in Singapore, has been repeatedly suspended by customers in the No Deforestation, No Peat, No Exploitation (NDPE) market, bringing about massive drops in equity value, according to a CRR report last year.

Worries surrounding Lonsum and its treatment of workers could deepen. For one, the recent Omnibus bill which passed in Indonesia is expected to weaken worker rights, allowing for companies like Lonsum to continue to undermine protections for employees. Secondly, palm oil workers have filed lawsuits against Indofood over arbitrary dismissal, employment terms, and severance pay, while police have looked into allegations of illegal union busting. A number of workers at Indofood plantations lost their jobs since early this year when COVID-19 erupted, most without receiving severance pay. On November 4, a group of workers scored a victory in court when Lonsum was ordered to pay them severance, but Lonsum is appealing the decision. Meanwhile, Indonesia’s trade union alliance SERBUNDO, which has documented Indofood labor violations, has reportedly seen some of its branch officers fired, diminishing investigation capacity. Abuse of palm oil workers has been an ongoing problem in Southeast Asia, with major corporate brands and banks tied to companies that deforest.

Recent developments increase risks for both Indofood’s financiers and the company itself. Indofood represents a test for banks and investors adhering to stricter Environmental, Social, Governance (ESG) standards. Participating in a syndicated loan would likely lead to reputational risks and growing pressure from NGOs such as RAN. This possible reputational damage, along with following increasingly robust ESG principles, has led to banks severing ties with Indofood. Since Indofood was kicked out of the RSPO, the company no longer complied with the financing policies of Citigroup, Standard Chartered, and Rabobank. The three cut loans to the company by USD 118 million in 2019. This past summer, a number of Japanese banks shored up their ESG standards, but they still finance Indofood. Earlier this year, when news surfaced that Lonsum had let workers go soon after the COVID-19 outbreak, RAN urged banks to push Indofood to stop laying off workers, rehire those who have been let go, be transparent about the number of workers laid off, put forth its plans for dealing with COVID-19, and rejoin the RSPO. For the entire network of Indofood and its subsidiaries, they face further business and financial risks as they are shunned from the NDPE market and have to continually service the palm oil leakage market.