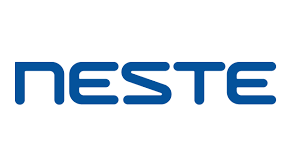 The Norwegian government’s policy changes are important to Neste Corporation as Neste is the sole supplier to the Norwegian market of palm oil-based biofuels.

“It is highly positive that Norway has now followed up on last year’s pledge to ensure deforestation-free supply chains through the government’s public procurement policy with this strong commitment. It is now incumbent on other consumer countries to follow suit. In particular, the EU should take urgent steps to reduce the consumption of commodities, such as palm oil biodiesel, that are linked to rainforest destruction and accompanying greenhouse gas emissions, biodiversity loss and human rights violations. A revision of the EU biofuel policy, to avoid biofuels that drive deforestation and are worse for the climate than fossil fuels, is urgently needed.”

Similarly, in 2016, the Norwegian government voted to ban any palm oil products purchased by its central and sub-central governments. This follows Norway’s support for the New York Declaration on Forests, launched during the 2014 Climate Week in New York City. The Declaration is the first global timeline for cutting and totally ending deforestation, and was supported by developing and developed nations, businesses and NGOs.

Importantly, on April 3, 2017, the European Parliament voted for a resolution to phase out the use of non-sustainable vegetable oils for biofuels by 2020. The resolution called for independent audit and monitoring to guarantee that deforestation and peatland conversion does not occur. The resolution also called for a single, mandatory set of certification mechanisms. It states that it:

Motorists are the top consumers of palm oil in Europe. In 2015, 46 percent of all the palm oil used in Europe ended up in the tanks of cars and trucks. By 2014, EU palm oil demand had reached 3.22 million metric tons, an increase of 2.76 million metrics tons since 2010. During the same period, EU consumption of soybean oil used for biodiesel contracted by 555,000 metric tons to 440,000 metric tons in 2014. This demonstrates growing demand for palm oil as a soybean oil substitute by refiners.

At the same time, it is clear that EU demand for palm-oil based biofuels has driven deforestation and peatland conversion in SE Asia and elsewhere.

The recent report, For Peat’s Sake, found that biofuels may be worse for the environment than diesel, using direct and indirect emissions as a comparison metric. The report states:

The latest analysis performed for the European Commission ascribes a carbon footprint to palm oil biodiesel that is almost three times higher than that of fossil diesel, due largely to its indirect land use change emissions.

Neste trades on the Nasdaq Helsinki exchange in Finland. With a market cap of close to USD 10 billion and over 5,000 employees globally, it is one of the largest buyers of palm oil products for biofuels globally. Its products include gasoline, diesel fuel, aviation fuel, marine fuel, heating oil, heavy fuel oil, base oil, biofuels and lubricants.

It is important to note that Nasdaq’s voluntary guideline contains two gaps that allow Neste to not report on the impacts from selling deforestation and peat land conversion-linked palm oil biofuels into the EU market. The gaps in Nasdaq’s guidance are:

Nasdaq’s voluntary guidelines do not provide options, as described above, for Neste’s Board of Directors to report to investors on its direct and indirect emissions from land-use change.

These listing standards gaps are important because Neste recently issued a EUR 400 million bond maturing June 7, 2024 with a fixed annual interest of 1.5 percent. BNP Paribas, ING Bank N.V., and Nordea Bank AB acted as joint lead managers for the issue of the bond.

As Neste’s prospectus for this bond issuance states on p. 48:

Neste believes that the road transport market is growing in respect of high quality biofuels. According to the estimates of Neste’s management, the EU mandates continue to drive demand towards 20 million tonnes of biofuel in the diesel pool by 2021, and the US mandates translate into an almost-doubling of current demand up to 10 million tonnes by 2021. Further, according to the estimates of Neste’s management, more stringent greenhouse gas reduction targets and blending limitations for conventional biofuels support doubling of drop-in biofuels, such as, renewable diesel demand.

It is clear in Neste’s bond prospectus that management wants to pursue supplying biofuels to the EU market, forecast to double in size by 2021 to 20 million tons. Yet, as described above, Nasdaq Helsinki does not provide ESG listing standards guidance for the embedded emissions in the production of palm oil-based biofuels.

As shown in Figure 1 (below), Neste publishes its palm oil dashboard online showing traceability of its palm oil supply chain including companies, mills, and estates. As of June 20, 2017, Neste’s dashboard shows that 100 percent of its palm oil was traceable to a source and certified. The dashboard states “100% of suppliers committed to no-deforestation.” But it is unknown if Neste’s dashboard covers BNP Paribas’ criteria for “no burning”, “no peat land development”, “respecting land tenure rights”, and “child / forced / other labor policies”.

With a Q1 2017 operating profit of EUR 204 million compared with Q1 2016 EUR 175 million, Neste’s Q1 2017 topline numbers were strong despite the expiration of the U.S. Blender’s Tax Credit (BTC). Their Renewable Products division reported EUR 80 million operating profit in Q1 2017, which is equal to their Q1 2016 numbers.

Given that 82 percent of their Q1 2017 sales volumes were allocated to Europe and that their renewable diesel production facilities operated at a 99 percent utilization rate, Neste may experience revenue contraction only in the Norwegian market given the June 2017 Norwegian government announcement, while the rest of its business lines continue to grow.