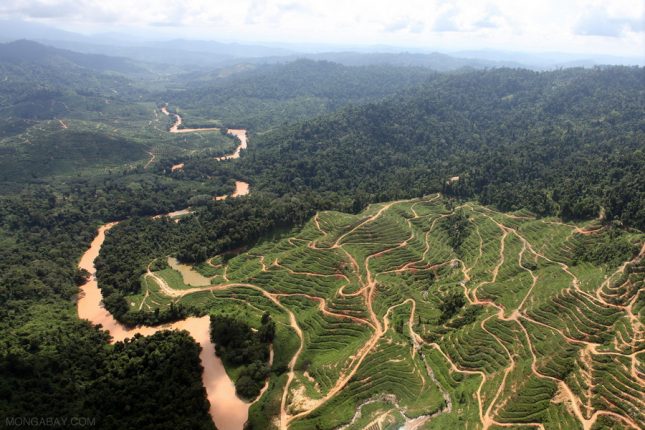 The Roundtable on Sustainable Palm Oil (RSPO) has sanctioned Jakarta-based PT PP London Sumatra Indonesia Tbk (Lonsom), a subsidiary of Indofood Agri Resources (IndoAgri), for labour rights violations by revoking its sustainability certificate for selling palm oil and calling for audits at four of the company’s sites. This action comes a little over two years after the Rainforest Action Network (RAN), the Indonesian Labour Rights Association (OPPUK), and the International Labour Rights Forum (ILRF) filed a complaint in October 2016 with the RSPO on the grounds that Indofood and PepsiCo, one of its customers, violated labour laws on palm oil plantations.

While examining IndoAgri facilities, which included one palm oil mill and three palm oil estates, the RSPO found more than 20 violations of its standards and ten violations of Indonesian labor laws, including gender discrimination, low pay and poor safety conditions. Despite these findings, units of Lonsom not subject to the complaint are still certified to sell RSPO-certified palm oil, and they will be audited within the next three months.

Since the initial complaint, RAN, OPPUK and ILRF further exposed IndoAgri’s violations in subsequent reports. In February 2017, Chain Reaction Research (CRR) showed that 42 percent of IndoAgri’s landbank may be contested due to environmental abuses, community conflicts, land tenure risks, or a lack of transparent boundaries. In April 2018, CRR partner Aidenvironment updated its report of ongoing deforestation at plantation companies linked to the Salim Group despite the Indonesian government implementing new regulations, finding that 9,534 hectares had been cleared in five years.

Indofood and its subsidiaries have experienced negative effects from these controversies. PepsiCo suspended both direct and indirect purchases of palm oil from IndoAgri this year, and Nestlé ended it joint venture with Indofood in October 2018. Other buyers such as Hershey’s, Kellogg’s, General Mills, Unilever, Mars and Cargill have also cut ties with the company. The Norwegian Government Pension Global Fund, the largest sovereign wealth fund in the world, divested from Indofood in 2016 because of worries about sustainability surrounding palm oil production.

Moving forward, the company faces increasing material, financial and reputational risks from its labor practices being exposed. Customer market power through NDPE policies and a more active Indonesian government will likely increase pressure on Indofood and its subsidiaries. Financial risks will likely persist despite the fact that Indofood, which is vertically integrated, uses its palm oil for its own food production and it has a heavy presence in Indonesia. Salim Group companies still have joint ventures with PepsiCo, Wilmar and Yum!Brands. Despite halting purchases from IndoAgri, PepsiCo is continuing its JV with Indofood, the only producer of PepsiCo products in Indonesia.

Banks lending to Indofood will also likely play a major role in influencing the company’s actions moving forward. RAN has called on banks to cancel all financing to Indofood immediately. Major financiers of Indofood and the wider Salim Group include Japan’s three largest banks: Mizuho Financial Group, Mitsubishi UFJ Financial Group (MUFG), and SMBC Group, as well as Indonesia’s Bank Central Asia and Bank Mandiri. Some banks have already reduced their exposure to Indofood. Citigroup, earlier this year, said it is no longer lending to IndoAgri and also cancelled an existing loan, while BNP Paribas now only maintains a relationship with Indofood’s parent company First Pacific. Deutsche Bank has stopped lending to Indofood and the wider Salim Group. With more banks using RSPO membership as a benchmark to measure companies’ sustainability policies, their decisions will be critical in determining whether Indofood sees increasing financial risks from its violations.

One Response to The Chain: RSPO Sanctions Indofood Agri Subsidiary for Labour Violations