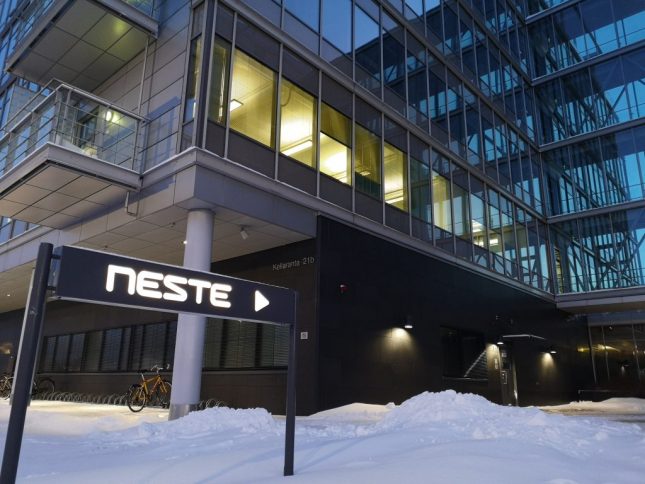 In May 2020, the Finnish consumer good manufacturer Neste Oyj (known as Neste) updated its traceability dashboard. The dashboard provides data on both Neste’s palm fatty acid distillate (PFAD) suppliers and its Tier 2 suppliers (mills that supply crude palm oil to the PFAD suppliers – see Graphic 1). Despite the company committing to NDPE compliance and ensuring that all suppliers comply with its sustainability policy, Neste’s updated dashboard shows that several deforestation-linked companies are still entering its supply chain.

Neste, listed on Helsinki’s stock exchange, is involved in biofuel production and uses palm oil as raw material, especially PFAD. Neste has been a member of the RSPO since 2006 and handles over 1 million metric tonnes (MT) of palm oil and derivatives per year (445,000 MT of crude and refined palm oil, 716,500 MT of other palm-based derivatives). Neste’s palm oil is purchased and processed at its refinery in Singapore, which has a total capacity of 1.3 million MT/year. Capacity will increase to 4.5 million MT/year in 2022. In terms of traceability, Neste sources PFAD from 29 refineries and crude palm oil from 29 palm oil mills. 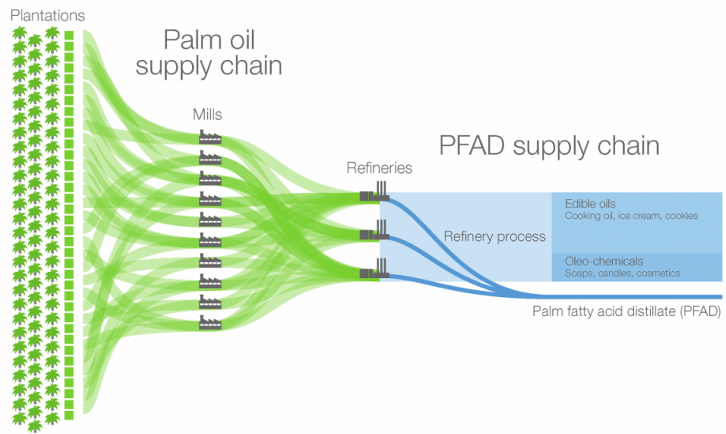 Neste’s recently published January-December 2019 supplier list shows it buys from PT Bina Karya Prima. Through PT Bina Karya Prima, Neste is receiving palm oil from both Indofood and Sawit Sumbermas Sarana. CRR has extensively covered both Indofood and Sawit Sumbermas Sarana due to persistent violations of NDPE policies. Violations include deforestation on their plantations, accusations of side businesses and shadow companies to obscure links to deforestation, human rights abuses, and Indofood’s withdrawal from the RSPO. Both companies have been banned from most NDPE supply chains amid repeated breaches of their buyers’ purchasing policies.

Gagah Putria Satria cleared some 1,215 hectares (ha) of peatland in 2019 and has cleared around 2,575 ha since 2016. A recent CRR report also identified 978 fire alerts on the concession in 2019. Gagah Putria Satria’s concession area is located on the border of Tanjung Puting National Park in Central Kalimantan. Tanjung Puting contains one of the largest populations of Bornean orangutans.

Palma Serasih cleared 3,135 ha of forest from 2016-2019 and has cleared an additional 130 hectares so far in 2020. Neste’s supplier list shows it receives supplies from Palma Serasih via Louis Dreyfus Company, which is Palma Serasih’s largest buyer, accounting for 46 percent of revenue.

NGOs have previously highlighted Neste’s links with deforestation in Indonesia and orangutan habitat destruction.  Accordingly, Neste has a grievance list on its website, although some companies in Neste’s supply chain with known sustainability issues are not listed (Prosper, for example). Grievance updates appear to be copy and pastes from its suppliers’ own grievance lists (in the case of Union Sampoerna Triputra Persada for example).

Neste is one of several mid and downstream companies with NDPE policies that still buy palm oil from deforestation-linked companies. These companies are under renewed focus because of commitments made in the New York Declaration on Forests to reduce natural forest loss and by the Consumer Goods Forum to achieve zero net deforestation by 2020. As one of the world’s largest biofuel producers, Neste has been a supporter of the European Union Renewable Energy Directive (EU-RED) and was the first company to receive a RSPO-RED certificate in 2013. However, the palm oil industry’s continued links to deforestation have prompted the EU to announce plans to phase out the use of palm oil as a renewable biofuel by 2030.

One Response to The Chain: Neste Oyj’s Updated Dashboard Reveals the Company Remains Linked to Deforestation