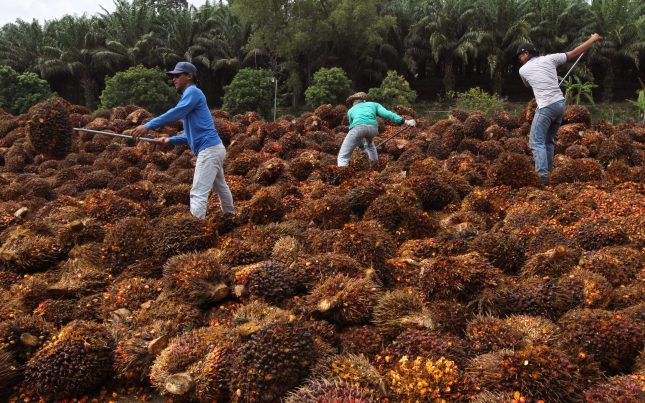 In the fourth quarter of 2020, the U.S. Customs and Border Protection (CBP), a federal law enforcement agency, issued Withhold Release Orders (WRO) on two Malaysian palm oil companies – Sime Darby Plantations and Felda Global Ventures (FGV). These actions banned palm oil from the two companies from entering the United States. Since then, both companies have taken financial, business access, and reputation hits from these WROs, and another major palm oil company, IOI Corporation, has also come under scrutiny in recent months after an activist petitioned the CBP to investigate alleged forced labor in IOI’s activities, negatively impacting the company’s stock price when the news broke. These developments reflect the dangers that palm oil firms face from having ties to forced labor, human rights abuses, and environmental damages, including deforestation.

The WRO against Sime Darby came in late December 2020, and the company has had to contend with a string of negative developments that have increased risks, such as reputational and business access risks, and could lead to even greater concerns in the future. For instance, a number of palm oil buyers – including General Mills – cut off Sime Darby as a result of allegations of forced labor, Reuters reported. Others, such as Heinz Kraft, Nestle, and Unilever, engaged with Sime Darby over human rights issues. Sime Darby also filed a lawsuit against activist group Liberty Shared, which had asked the CBP to investigate the company. Sime Darby eventually dropped the lawsuit, but one human rights group, Shift, left Sime Darby’s human rights commission in March, which was established after the WRO, because of the action it took against Liberty Shared. A few months later, two experts exited the company’s human rights panels due to a lack of transparency. Sime Darby expects to finalize its assessment of the WRO by early next year.

Similarly, FGV faced backlash after its palm oil was banned from entering the United States. Like Sime Darby, some buyers have cut off or reduced exposure to FGV in the United States and other markets, such as Europe, Australia, and Japan. This development came after FGV had already been cut off by a number of buyers – such as Nestle and Unilever – as a result of a number of ESG violations in recent years. In 2018, for instance, the Roundtable on Sustainable Palm Oil (RSPO) suspended one of its mills and four of its plantations. Throughout 2018, the stock price fell by more than two-thirds and has not fully recovered to previous levels. Earlier this year, in March 2021, NGO Rainforest Action Network (RAN) highlighted a Fair Labor Association (FLA) report that showed FGV was slow in implementing reforms as of six months after the WRO. FGV has hired an independent auditor to address the WRO and help the company resolve issues so it can again sell in the United States.

The ongoing issues and subsequent backlash that FGV and Sime Darby have faced indicate that the industry will continue to see financial, business access, and reputation risks as long as it comes under scrutiny for worker, human rights, and environmental violations. Some of the accusations against the two companies include passport retention, unpaid overtime, issues with salary payments, sexual harassment, and unethical employment practices. Without adopting stricter sustainability measures and following through with robust implementation, some companies could be cut off from key markets and will have to look elsewhere for new buyers. Sime Darby has been considered an industry leader in sustainability, which indicates that the ESG issues run deep in palm oil if one of the companies near the top struggle with accusations. Sime Darby has a No Deforestation, No Peat, No Exploitation (NDPE) policy, and its products appear in the supply chains of many companies with their own NDPE policies.

« The Chain: Asian Markets’ Uptake of Certified Palm Oil Still Low Despite Positive Trends Deforestation on Oil Palm Concessions Continued to Decline in First Half of 2021 »