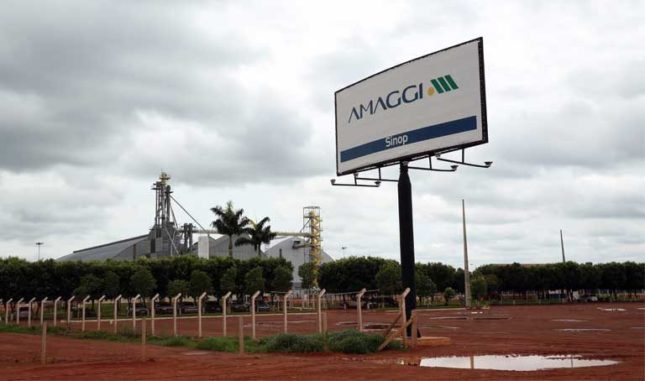 Brazilian commodity trader Grupo Amaggi recently launched a green bond to expand its presence in the country’s soy market. The company’s USD 750 million green bond will allocate two-thirds of the proceeds to new schemes such as clean energy initiatives and the rest to refinancing debt for projects that include buying and processing certified soy. Grupo Amaggi, which is privately owned, is a major exporter of soy from Brazil.

While the green bond is a sign of progress toward building policies that lead to environmental sustainability, Amaggi has yet to agree to a 2020 cut-off date for land clearing in the Cerrado. Late last year, signatories to the Cerrado Manifesto, which include 160 companies and investors that have exposure to the soy market, called on major soy traders to agree to the 2020 cut-off date for sourcing soy in the Cerrado biome. The investors and the companies also pressured the traders to implement a vigorous traceability and monitoring system, based on Accountability Framework initiative (AFI) principles, to show adherence to the cut-off date.

By not agreeing to a cut-off date, Amaggi runs the risk of seeing reduced investor interest in its newly launched green bond. Amaggi has a zero-deforestation commitment that applies to legal and illegal deforestation in any area that it operates. It was also a founding member of the Amazon Soy Moratorium. However, Amaggi, which trades on its own and as part of joint ventures such as Amaggi LD (a JV with Louis Dreyfus and Zen-Noh), is a major buyer of soy from known deforesters SLC Agrícola and BrasilAgro. During the summer of 2020, Amaggi saw 4,203 fires in its sourcing regions, a slight uptick versus the same time in 2019, according to Chain Reaction Research.

NGOs and investors are likely to question how much the company will improve its sustainability with this new green bond and whether it will commit to being fully deforestation free. Finnwatch, a Finnish NGO, released a report at the end of January warning of deforestation risk exposure for investors and companies in Scandinavia that do business with Denofa, a soy exporter owned by Amaggi, noting the overall lack of effectiveness in curbing land clearing in Brazil. Amaggi says that 100 percent of the soy that Denofa handles is certified, segregated, and deforestation-free.

Other traders have seen backlash from buyers due to deforestation concerns. Nestlé cut off purchases from Cargill in 2019, while Grieg Seafood said last year that it would not use proceeds from its green bond to purchase soy from Cargill. Brazilian soy suppliers to the salmon industry, CJ Selecta, Caramuru, and Imcopa, announced commitments to a cut-off date of August 2020 to keep deforestation from entering their supply chains, putting pressure on the main traders in Brazil – Amaggi, LDC, ADM, Bunge, Cargill, Viterra, and COFCO.

As the main soy traders’ current deforestation policies may be insufficient in fully mitigating deforestation risk, they may face revenue-at-risk, financing risk, and reputation risk. The likelihood of stricter regulations and laws in the UK and EU could bring about market access risks for traders. The possibility of the EU-Mercosur trade deal falling apart over climate concerns may exacerbate risks. Given traders’ market influence, they have been a target of NGO campaigns, activist investors, and consumer goods companies. With traders highly active in the Cerrado and their volumes of soy exports increasing, an agreement to a 2020 cut-off date could bring about large-scale changes and send strong signals to suppliers to halt deforestation. Until that happens, critics will likely look at actions like Amaggi’s green bond with suspicion.

Editor’s note: This Chain was updated from its original version on February 10, 2021.

« The Chain: A Brief Look at IPO Developments in Forest-Risk Sectors The Chain: Continued Deforestation and Ownership Confusion in Fangiono Family-Linked Groups »