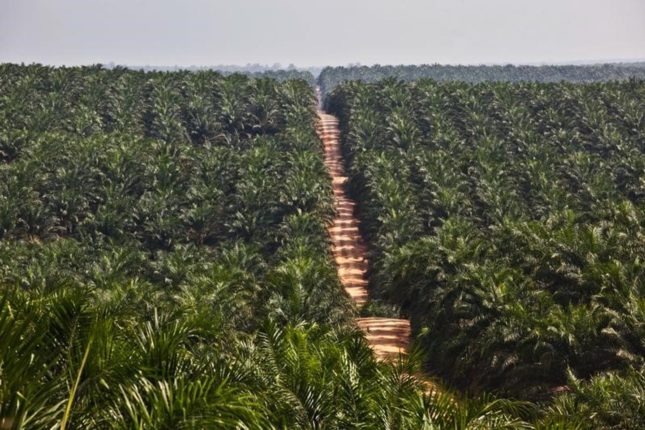 A new report by Forest Peoples Programme (FPP) sheds light on the ownership overlap between three Indonesian companies, First Resources, FAP Agri (FAP), and Ciliandry Angky Abadi (CAA). The three companies are all linked to Indonesia’s Fangiono family and have been among the largest deforesters in the last few years. They also supply several buyers that have NDPE policies.

CAA is owned by Sima Capital (95 percent), which is registered in the Cayman Islands, and the remaining 5 percent is owned by Silvia Caroline (the second wife of Martias Fangiono). CAA’s holding company, PT Ciliandry Anky Abadi, is owned by Sima Investasi Bersama, whose principal shareholders are PT FNG Kapital Investama and PT FNG Boga Nusantara – both of which are majority owned by Ciliandry and Wiras Anky Fangiono. CAA used to be owned by Martias Fangiono, Silvia Caroline, and their children Ciliandry Fangiono and Wiras Anky Fangiono.

The overlap in ownership between these three companies has previously been raised by Chain Reaction Research (CRR) in our shadow companies report, and by Greenpeace in its high-profile Final Countdown report in 2018. FPP further claims that:

First Resources has denied any ownership relationship with CAA. In 2018, it stated that CAA is not a subsidiary, an associated company, or a related party of First Resources, it does not have any financial or operational relationship with CAA, there is no management overlap, and it does not buy palm oil from CAA. In 2017, it had denied ownership links with FAP, saying it “is not a subsidiary or an associated company of First Resources. It is an external supplier to First Resources, supplying us crude palm oil for our downstream business.” These denials have been accepted in the industry, and the groups are generally treated as separate groups by palm oil buyers.

However, on January 4, 2021, FAP issued the first initial public offering (IPO) of the year on the Indonesian Stock Exchange. The IPO prospectus includes several references to First Resources concessions, referring to them as “related parties,” seemingly confirming the business relationship between the two companies.

Sustainability issues with the three groups have received substantial coverage over the years. First Resources was the subject of three high-profile RSPO complaints, which were against its subsidiaries PT Limpah Sejahtera in 2010, PT Borneo Surya Mining Jaya in 2012, and PT Swadaya Mukti Prakarsa in 2018. In 2018, Greenpeace detailed the ownership links between the groups and CAA’s deforestation in a high-profile report. Deforestation by the three groups has been included by Mighty Earth in its Rapid Response reports.

These sustainability issues continued in 2020. First Resources has a No Deforestation, No Peat, No Exploitation (NDPE) policy. However, analysis by Aidenvironment and Earth Equalizer shows around 100 ha of forest and peat have been cleared on three First Resources concessions this year. In September, a complaint to the RSPO against First Resources was accepted. It claims First Resources cleared High Conservation Value forest within one of its concessions and is implicated in the development of a road cutting through a wildlife corridor. The complaint appears to be linked to a public petition accusing First Resources’ subsidiary PT Wahana Prima Sejati of clearing “several dozen hectares of high-biodiversity secondary forest on the eastern coast of Borneo to build a palm oil refinery, a biodiesel plant and related infrastructure”

CAA has a landbank of approximately 130,000 ha. Its concessions are mainly located in Central Kalimantan, with one in East Kalimantan, one in Riau in Sumatra, and one in Papua. Between January and October 2020, CAA Group cleared approximately 3,200 ha of forest and peat on three of its concessions: PT Agrindo Green Lestari, PT Citra Agro Abadi, and PT Inti Kebun Sari. CAA was the fourth largest deforester in Southeast Asia in 2018, and the second largest in 2020. 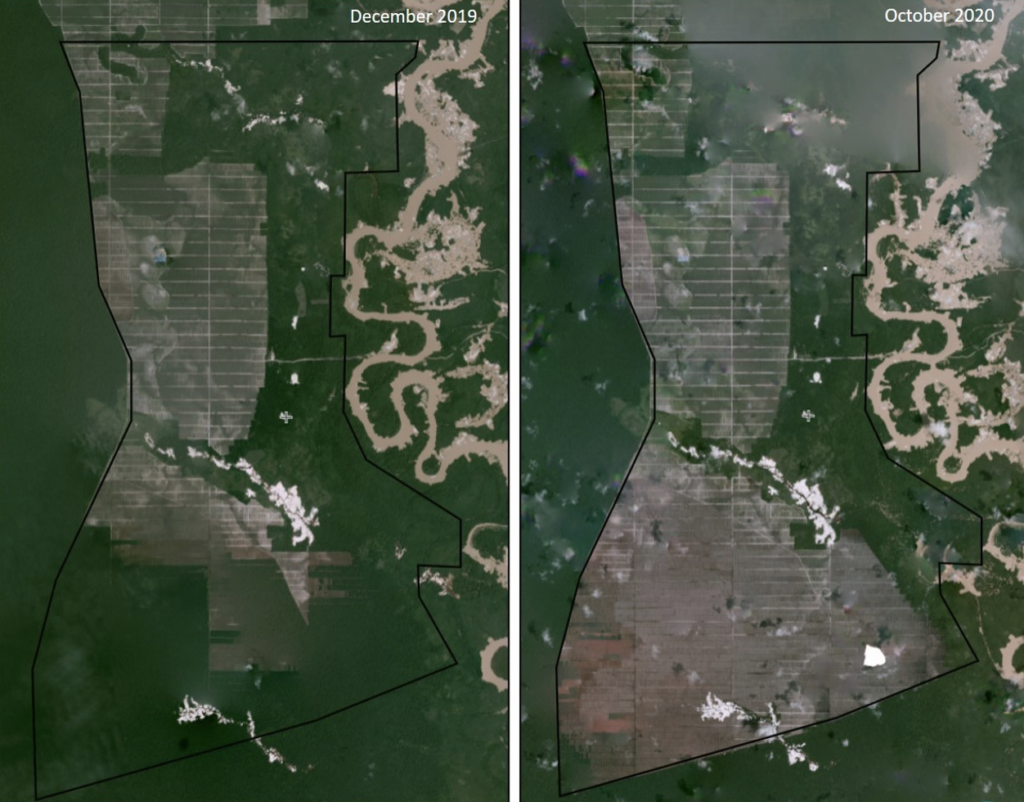 Inconsistency over what constitutes a group, the use of “shadow companies” to circumvent NDPE policy compliance, and the lack of transparency over ultimate beneficial owners are just three of the challenges impeding full NDPE compliance in the palm oil industry. FPP is calling on the RSPO to bring clarity to the issue of beneficial ownership, asking the organization to issue a formal complaint against First Resources and include a beneficial ownership transparency indicator for RSPO membership. This would include:

Action by the RSPO to tackle the issue of limited transparency in ultimate beneficial ownership could significantly contribute to the transformation of the palm oil industry. It could prevent situations where three groups are considered separate simply because the lack of transparency inhibits confirmation of their ownership links. Any action taken by the RSPO could be mirrored by action by companies with NDPE policies.

2 Responses to The Chain: Continued Deforestation and Ownership Confusion in Fangiono Family-Linked Groups