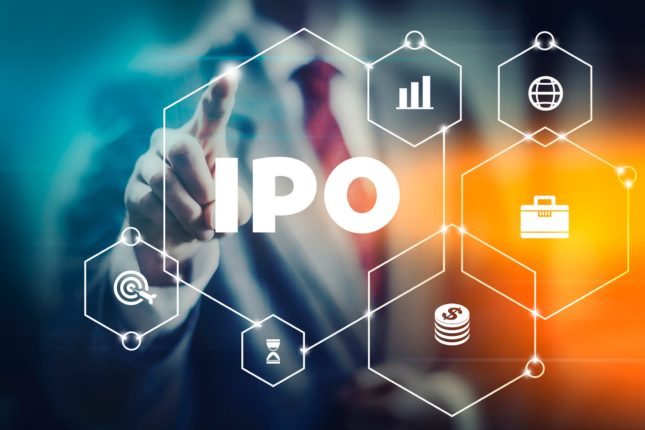 The Chain: A Brief Look at IPO Developments in Forest-Risk Sectors

So far in 2021, there appears to be capital market movement from various players in the “big four” forest-risk commodity sectors.

On January 4, 2021, PT Fangiono Agro Plantation (FAP Agri) issued the first initial public offering (IPO) of the year on the Indonesian Stock Exchange. The oil palm plantation company operates more than 100,000 hectares (ha) of oil palm plantations in North Kalimantan, East Kalimantan, and Riau in Sumatra, as well as five palm oil mills and one kernel processing plant. It operates under a No Deforestation, No Peat, No Exploitation (NDPE) policy. Despite this, internal analysis by CRR has detected approximately 4,000 ha of deforestation inside FAP Agri’s plantation between 2016 and 2019. FAP Agri’s apparent overlapping ownership with other companies belonging to the Indonesian Fangiono family and the lack of clarity over the relationships have generated sustainability concerns.

FAP Agri disclosed that the fresh money raised through the IPO, estimated at IDR 1 trillion (approximately USD 71 million), will be used to pay off bank loans. In its prospectus, the company did not mention any plans to expand its palm oil operations, although it pledged not to use fire to clear land. FAP Agri did not identify any potential sustainability issues but highlighted environmental organizations and community action as possible business risks (“Risiko permasalahan dengan organisasi lingkungan hidup, organisasi non pemerintah dan oknum masyarakat”), raising questions over its future plans and commitment to its NDPE policy.

FAP Agri is linked to the Indonesian Fangiono family, also known for its ownership of First Resources and ownership links to PT Ciliandry Anky Abadi (CAA). First Resources is a Singapore-registered NDPE plantation developer and trader, and CAA is an Indonesian plantation company that frequently appears in the CRR’s top deforester list — it was the fourth largest deforester in 2018 and ranked third in the first half 2020.

In a report published in 2018, CRR showed how the Fangiono family has been using this complex corporate structures and multiple shadow companies to hide non-compliant practices, including deforestation of forest and peat. As well as the beforementioned deforestation on CAA and FAP Agri plantations, in July 2020 a complaint was submitted to RSPO regarding First Resource’s activities in East Kalimantan. The complaint accused the company of clearing High Conservation Value (HCV) forest and cutting major wildlife corridors to develop roads.

As of May 2020, FAP Agri was selling palm oil products to Wilmar (PT Multi Nabati Sulawesi and PT Wilmar Nabati Indonesia), Musim Mas (PT Agro Makmur Raya), KLK (PT Kuala Lumpur Kepong Dumai), Low Yat Group (PT Tunas Prima Sejahtera) and PT Papua Barat Jaya Utama. The first two groups were FAP Agri’s primary buyers, as they accounted for 72 percent of the group’s sales. After the IPO, the share price of IDR 2,300 (USD 17 cents) was on January 4, then it rose to IDR 2,870 on January 5, but fell back to 2,480 by January 25.

Prima Foods SA, a major meatpacker in Brazil, reportedly has cancelled its plan to launch an IPO. Last March, the company said it was planning to go public with a share offering of BRL 1 billion (USD 222 million). The company has not given a reason for not moving forward. It operates three slaughterhouses located in Goias, Minais Gerias, and Mato Gross do Sul, and two-thirds of its sales are exports, with China the main buyer. Prima Foods had planned to use the proceeds from the IPO to grow the company, which has had to contend with a number of ESG concerns in recent years, as it is owned by the Batista family, the majority shareholder of JBS SA. As the largest meat processor globally and the main beef producer in Brazil, JBS has dealt with longstanding corruption issues along with questions over limited transparency and ties to deforestation and human rights violations. As CRR reported last year, with the cattle industry contributing to 80 percent of deforestation in Brazil, JBS’ beef operations in Brazil have outsized exposure to deforestation since it operates 20 slaughterhouses in the Legal Amazon and does not monitor its indirect supply chain.

JBS faced a number of COVID-19 outbreaks at its plants last year, in Brazil and other markets, hurting its productivity and increasing its reputation risk. Nordea Asset Management divested from JBS SA in 2020 over issues related to COVID-19 and deforestation, while shareholders sued Wesley and Joesley Batista over losses that stemmed from bribing Brazilian officials. Like Prima Foods, JBS announced plans in 2020 to launch an IPO. JBS said it would be listed in the United States for its international arm, but the plans were delayed by COVID-19. There has not been any updates from the company on its plans for the IPO, which has been discussed by JBS since 2016.

In a related development, Brazilian soy producer BrasilAgro said this week it will offer 20 million new shares. BrasilAgro, through its recent land acquisitions and expansion of soy production, is exposed to a variety of forest-based business risks. CRR reported in the second quarter of last year that remaining vegetation on its farms raised concerns of possible significant clearing, magnifying the company’s risks. SLC Agrícola, another Brazilian soy producer, purchased Terra Santa Agro SA, another big agricultural commodity producer, in early January. SLC Agrícola said in September that it would stop deforesting after 2020, but it had already aggressively cleared farmland for soy production throughout last year. Its policies and actions came under greater scrutiny last year amid CRR’s coverage of SLC Agrícola’s clearing and Global Witness’ campaign highlighting the 10 percent stake of Odey Asset Management, a high-profile hedge fund, in the company.

One Response to The Chain: A Brief Look at IPO Developments in Forest-Risk Sectors