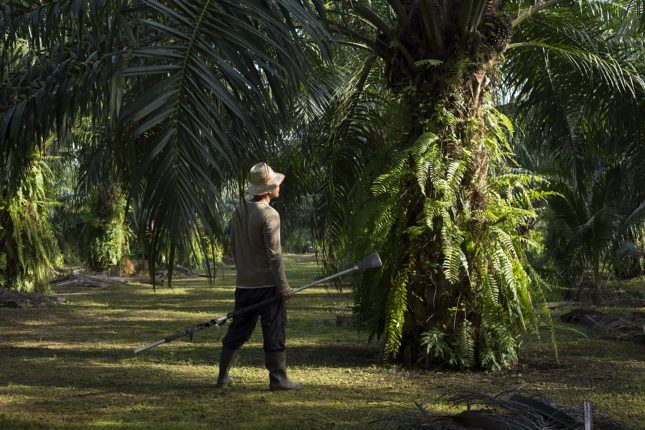 In 2011, the State Government of Sabah granted a 5,033 hectare (ha) concession to Aspirasi Kristal Sdn Bhd. The concession is within the Bonggaya Forest Reserve, an area of high biodiversity in the east of the state. The Reserve was known habitat of the Bornean orangutan (Pongo pygmaeus). However, approximately 40,000 ha of forest in the reserve have been cleared in the last few years. Who is responsible for the clearing is not known, but the area has been planted with oil palm trees, and many of the orangutans in the reserve have moved to adjacent areas.

Since January 2020, Aspirasi Kristal has cleared 70 ha of forest on its concession. This is in addition to 1,300 ha of forest clearance between 2016 and 2019. High Conservation Value (HCV) or High Carbon Stock (HCS) assessments for this concession have not been made publicly available or submitted for peer review.

It is likely the concession is now bearing fruit. There are six palm oil mills within an approximate 20-kilometre radius of Aspirasi Kristal, belonging to IJM, Boustead, Wilmar, IOI and Genting. IJM’s Sabag Mill 1 is the nearest to the deforested area, just 12 kilometres away. IOI confirms that it does not buy fruit from Aspirasi Krista, and Aspirasi Kristal is not listed as a supplier to Wilmar’s Sri Kamusan mill. Information on traceability to plantation for IJM, Boustead and Genting could not be found. As all three companies supply palm oil to IOI and other companies with No Deforestation, No Peat, No Exploitation (NDPE) policies, it is possible palm oil from Aspirasi Kristal is entering NDPE supply chains.

The often obscure corporate relationships between companies has been highlighted previously by CRR and other NGOs. Corporate links may simply be the result of family businesses being a cultural norm in Malaysia and other parts of Asia, or they could be an attempt by companies to obscure ownership links and hide problematic operations. While it is difficult to decipher corporate and financial links, it is even harder to determine how personal relationships might influence corporate decisions. For example, even though 40 percent of Ms Lee Yoke Har’s and Ms Lee Yoke Hui’s shares are ordinary, preferential shares allow the receipt of dividends and still constitute a financial stake in the company. Additionally, IOI is a significant land owner in Sabah, and Ms Lee Yoke Har and Ms Lee Yoke Hui have other concessions in the area.

IOI has an NDPE policy. It adopted the policy after years of concern over its sustainability performance, which culminated in a suspension from the RSPO. IOI states that “Aspirasi Kristal has been following the principles of sustainable forest management and conservation that are mandated and enforced by the Sabah Forestry Department.” Even so, the development is still non-compliant with industry NDPE policies. IOI is willing to be transparent about the link with Aspirasi Kristal via public statements. However, if deforestation continues, it could face pressure from buyers and investors to ensure that a company that it has links to fully complies with industry NDPE policies. IOI and other companies with NDPE sourcing policies may also face pressure to ensure fruit from Aspirasi Kristal does not enter mills supplying to NDPE refineries.