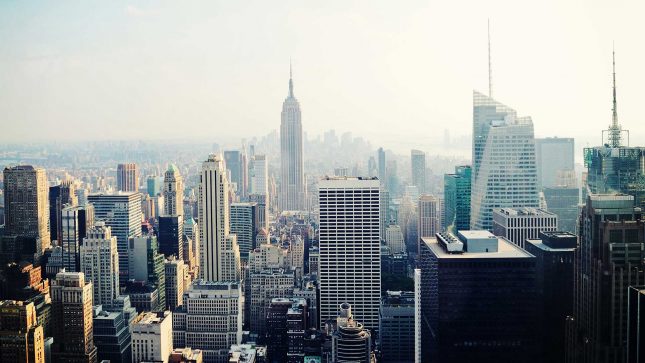 A group of lawmakers in the U.S. House of Representatives last month sent letters to major U.S.-based financial institutions calling on them to take specific actions to influence agricultural companies to reduce deforestation in Brazil. The letters, spearheaded by Rashida Tlaib (Democrat-Michigan), highlight the financial sector’s investments in firms that are exposed to deforestation risks in the Amazon, mentioning specifically traders ADM and Bunge, and meatpackers JBS, Marfrig, and Minerva. JBS and Bunge are of considerable interest since the Brazilian environmental agency IBAMA fined them in 2017 and 2018 respectively for involvement in illegal deforestation. A total of 18 Democratic representatives signed the letters, which were sent to the following firms:

Altogether, these nine financial firms own billions of U.S. dollars in equity and debt in ADM, Bunge, JBS, Marfrig, and Minerva, based on data from Bloomberg. BlackRock, Fidelity, and Vanguard are the most exposed to these companies. Broadly speaking, U.S. banks and asset managers lag their European counterparts in adopting stricter sustainability criteria.

Lawmakers are asking the group of investors, asset managers, and debt holders to pressure companies and the Brazilian government to raise ambition in reducing deforestation levels. “Please speak up and make it clear that protection of the Amazon is essential to your firm doing business in the region,” the lawmakers said. They also wrote: “You have the power to demand President Bolsonaro enforce his country’s existing environmental and indigenous rights laws and stop rolling back those laws, and you can reassess any operations, investments, or client advisory work in Brazil accordingly if no action is taken.”

The lawmakers emphasize deforestation’s role in climate change, pointing out that the Amazon rainforest is crucial to keep global temperatures from rising to dangerous levels. A number of advocacy groups, including Amazon Watch, Friends of the Earth, and Rainforest Action Network, endorsed the letters. Early last year, a group of Senators sent similar letters to U.S. financial institutions, asking them to take into account their exposure to deforestation in key commodities, particularly palm oil.

In their letters, lawmakers asked questions about the financial institutions’ deforestation policies and whether they have spoken with the Brazilian government about deforestation and the widespread Amazon fires that occurred over the summer. Moreover, they requested information on stakeholder engagement to help bring about better ESG practices, and they also asked whether the financial firms have engaged with agribusiness about their roles in Amazon deforestation and if they are still buying Brazilian government bonds. CRR reached out to Representative Tlaib’s office for comment on whether any of the financial firms responded, but did not hear back. CRR, however, has learned that none have written back to the lawmakers with answers.

The pressure from lawmakers is coming at a time when financial institutions are seeing more scrutiny about their investments in companies tied to deforestation. That is particularly the case in Brazil, where forest loss continues to accelerate in large part because of President Bolsonaro’s loosening of environmental laws and regulations. Deforestation is expected to rise again this year in part as a result of increased soy cultivation and higher beef exports. Last year, Amazon Watch released an in-depth report on top financiers and investors in Brazil’s beef and soy industries, while a recent study from Friends of the Earth centered on BlackRock’s role as the largest shareholder in soy traders and meatpackers operating in Brazil. CRR has highlighted the ongoing reputation risk financial institutions face from deforestation.

After fires during the summer decimated large areas of the Amazon and the Cerrado, a group of investors with USD 17 trillion in assets under management, through Ceres and PRI, called on companies to be more vigilant in curbing their exposure to Brazilian deforestation. This communication built off of socially responsible investors, such as Green Century, pressuring companies to develop and implement robust zero-deforestation policies for their supply chains. None of the financial institutions that Tlaib and other lawmakers reached out to were among the more than 250 signatories to the PRI and Ceres statement. Amid the Bolsonaro administration’s environmental rollbacks, investors and agricultural companies are key players that could reverse current deforestation trends.

If the lack of transparency persists in the cattle and soy sectors in Brazil, investors will likely continue to see more scrutiny from lawmakers and NGOs. Currently, however, even with growing awareness about increased deforestation in the Amazon, it is unlikely that the U.S. government, with Republicans in charge of the presidency and the Senate, will crack down in the short run against companies and financial firms tied to deforestation in Brazil. However, with a possible shift in power after the U.S. presidential election in November 2020, a scenario of Democrats controlling the presidency and both chambers of Congress beginning in 2021 could bring about stronger climate change and conservation policy, and therefore more pressure on financial institutions and agricultural firms. In the meantime, financial institutions are still facing financial risk if they do not take action, as their investments might be impacted by value loss from stranded assets, market access risk, financing risk and reputation risk. Also, financial institutions themselves will be affected in the coming years by reputation risk.