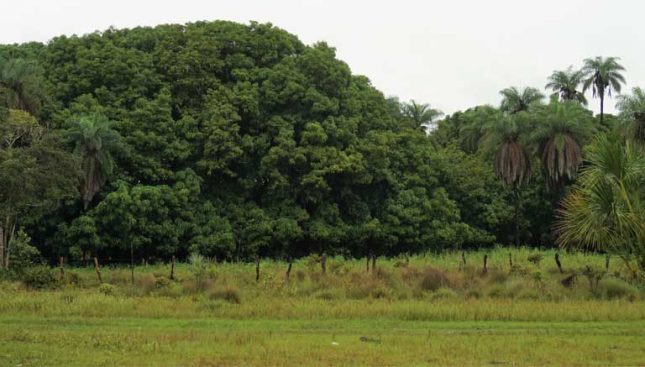 Major agricultural commodity trader Bunge updated its commitment to sustainability along its grain and oilseeds supply chains last month in an effort to further curb deforestation. While Bunge has made progress in its sustainability strategy, its update falls short of expectations that the company would address legal deforestation and provide more details about its measures to deal with non-compliance.

The company agreed to strengthen its no-deforestation policy in May 2018, prompting Green Century Capital Management and New York State Common Retirement Fund to withdraw their shareholder resolution. In December 2017, the two institutional investors – which had an almost USD 20 million investment position in Bunge – filed the resolution in response to deforestation occurring along the company’s soy supply chain in the Cerrado, a large tropical savanna biome that covers more than 20 percent of Brazil. In its latest statement, Bunge said that as of next year it will monitor supply on more than 7,000 direct sourcing farms and continue to improve traceability. Chain Reaction Research’s report on Bunge, released in December 2017, highlighted how ongoing deforestation in Bunge’s supply chain, whether legal or illegal, exposes the company to reputation and market risks. Bunge’s large presence in Brazil’s soy market increases the risk of the company’s zero-deforestation commitment being violated. SLC Agrícola and BrasilAgro, as noted in recent CRR reports, are two of Bunge’s major suppliers. SLC Agrícola is planning to deforest legally, while BrasilAgro continues to move forward with legal deforestation.

Bunge’s policy has fallen short of investor expectations. Investors had anticipated that Bunge would adopt measures dealing with legal deforestation in the Cerrado while also strengthening its non-compliance mechanism. Bunge’s commitment, however, does not provide greater clarity that the company has an explicit policy to exclude legal deforestation from its supply chain. Some notable changes in wording between the old policy, published September 18, 2015, include:

The changes in wording more clearly reflect ongoing stakeholder dialogue than provide clarification about the company’s own policies and whether they prohibit legal deforestation from entering the company’s supply chain.

The policy does not provide explicit details about how Bunge’s strategy goes beyond following Brazil’s Forest Code, which requires Cerrado landowners to keep 35 percent of their land as legal reserves. This rule makes traders’ commitments to tackling legal deforestation particularly relevant in the Cerrado, as almost two-thirds of the land can be legally deforested.

Bunge has, meanwhile, strengthened its non-compliance mechanism and said that as of October 2018 it has suspended nine farms (out of 98 that had deforested) for not engaging “adequately” enough with the company. Bunge’s actions are important developments. However, given that Bunge does not provide details on the suspensions, it is difficult for investors to assess their full implications. Investors have concerns about whether Bunge is in fact raising ambition by going beyond legal requirements in its policy. Was Bunge’s recent action an independent move on its part or the result of the Brazilian government blacklisting or fining certain farms? Are the farms located in the Cerrado or elsewhere? Moreover, Bunge did not disclose what engagement with the farms entails and what it expects suppliers to do to return to compliance. Nor did Bunge provide a timeline for how long the company will engage with farms before suspending them.

The news from Bunge comes against the backdrop of conflicting signals regarding deforestation in Brazil. In the Cerrado, deforestation declined by 11 percent to a record low in 2018, according to the Ministry of Environment. Moreover, some 70 downstream companies and 50 investors have signed the Cerrado Manifesto, which calls on soy producers and investors to commit to zero deforestation in the region. Still, some 665,700 ha were deforested in 2018.

Incoming president, Jair Bolsonaro, is expected to allow farmers to exploit resources in Brazil’s ecoregions without concerns about environmental impacts. With Bolsonaro to take office in January 2019, a greater responsibility to curb deforestation may fall more on the private sector and major traders such as Bunge. Despite the drop in deforestation in the Cerrado, traders may still face reputational risks if their supply chains are tied to supply that comes from producers that clear land, whether legally or illegally.

5 Responses to The Chain: Bunge’s Updated Sustainability Policy Does Not Address Legal Deforestation