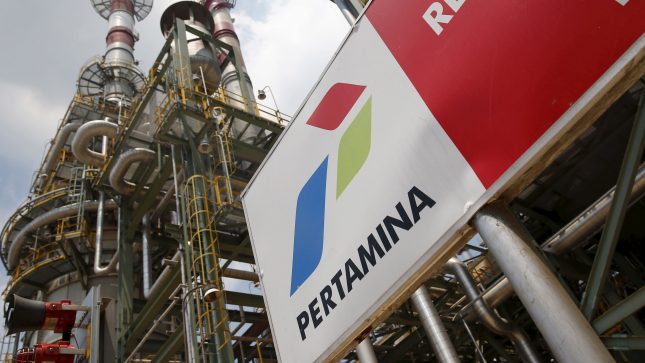 Indonesia’s state-owned energy company Pertamina has ended an agreement with Italian Eni to build a refinery to turn palm oil into biodiesel. The end of the partnership, which was agreed last year, is a consequence of Eni’s stricter sustainability standards. The standards were stronger than Pertamina was willing to accept.

Pertamina and Eni, under a joint venture, had planned to build a refinery in Indonesia to process crude palm oil (CPO) for use as a transportation fuel. However, Pertamina said that its CPO suppliers had not met the international certification standards that Eni required. Despite the end of the partnership, Pertamina will still go ahead with the refinery. It has struck a deal with UOP, a U.S.-based oil company, to build the refinery, which will open in 2024 and produce 1 million kiloliters of biodiesel per year. To produce 1 million kiloliters of biodiesel, approximately 300,000 metric tons of CPO is needed. Production of this amount of CPO would utilize about 75,000 hectares.

The partnership with UOP could increase leakage risks in Indonesia’s domestic biofuels market. While Eni will not accept non-sustainable or non-traceable CPO, this is apparently not a concern for UOP. Eni set Roundtable on Sustainable Palm Oil (RSPO) requirements for the CPO, beyond legal Indonesian requirements. That appears to have prompted Pertamina to end its partnership with Eni. The company was recently fined EUR 5 million (USD 5.4 million) by an Italian regulator for launching a fraudulent green advertising campaign.

The higher leakage risk comes at a time Indonesia is increasing its biofuel targets as a way of supporting the palm oil industry. Indonesian President Joko Widodo wants to offset the country’s trade deficit by expanding sales of biofuels mixed with palm oil. This year, the country is increasing the mandated diesel and crude palm oil blend to 30 percent (B30), up from 20 percent, increasing consumption of palm-oil based biofuels in Indonesia by 45 percent this year to as high as 9 million kiloliters. The increase of mandatory biofuel blends has stimulated demand for palm oil, supporting Indonesian producers and biodiesel refiners at a time when global demand has fallen.

Despite higher domestic demand, the government has not set sustainability requirements for biofuel production. As a result, higher end-user demand will likely increase pressure on land use for oil palm, and also create potential leakage market for growers and producers that are not compliant with No Deforestation, No Peat, No Exploitation (NDPE) policies.

Pertamina wants the government to develop a plan for the domestic palm oil market to help support its business as it moves forward with new biofuel production at its refineries. As well as the deal with UOP, Pertamina’s Cilacap refinery, a joint venture with Saudi Aramco, is expected to produce 3.7 million kiloliters of diesel mixed with palm oil by 2022.

One Response to The Chain: End of Pertamina-Eni Deal Highlights Leakage Risks in Indonesian Biofuels Market