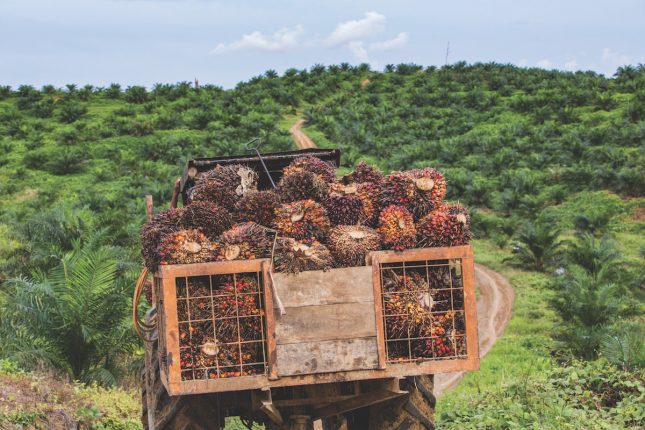 In December 2020, Indonesia’s Minister of Energy and Resources, Arifin Tasrif, announced at a parliamentary hearing that the country’s target for biofuel production would increase in order to curb the country’s current daily consumption of 1 million barrels of gasoline. To meet this target, the minister said an estimated 9 million to 15 million hectares (ha) of new oil palm plantations would be needed.

Since it first launched in 2008, Indonesia’s biodiesel policy has been implemented in gradual stages. Initially designed as a mixture of 1 percent palm oil-based biodiesel and 99 percent diesel fuel (B1 policy), the percentage of palm oil was steadily increased to 30 percent in December 2019 (B30 policy). The government has a target of 100 percent biodiesel (B100), although it has to increase capacity at existing plantations to meet that goal. It is possible that the country’s biodiesel program will reach a maximum blend of 50 percent of palm oil (B50).

An internal review by the ministry estimated the 9 million to 15 million ha figure, but some economists project that the likely amount of expansion is closer to 5 million ha. Still, if translated into policy, it would pose a significant threat to Indonesia’s remaining forests. The new target has already been met with protests. Last September, the director of WALHI Riau expressed his disagreement over the projected plantation expansion, arguing that the government should first solve the issue of low productivity on existing plantations before greenlighting further expansion.

The move would also come at a time when the global biodiesel market has taken major hits from weaker demand, a sharp drop in crude oil prices, and growing palm oil oversupply. Indonesia’s domestic biofuel market has also been the focus of concern about its role as a leakage market for unsustainable palm oil. In early 2020, Indonesia’s state-owned energy company Pertamina ended an agreement with Italian Eni to build a refinery to turn palm oil into biodiesel, a consequence of Eni’s stricter sustainability standards. The standards were stronger than Pertamina was willing to accept.

The ministry’s recently announced list of suppliers to the country’s national biofuel companies in 2021 shows it is still falling short in applying a sustainability standard to its suppliers. Through Decree no. 252K/10 of 2020, 20 palm oil companies will supply a total volume of 9.2 million kiloliter (kL) of fatty acid methyl ester (FAME), a derivative product of palm oil. According to CRR’s analysis, 14 percent of this volume, representing 1.3 million kL, will come from companies that do not have No Deforestation, No Peat, No Exploitation (NDPE) policies. These include BEST Group, Darmex Agro, and Tunas Baru Lampung.

Indonesia’s palm oil market has seen significant transformation in the last few years. Efforts to fully transform the sector have been consistently undercut by leakage markets offering an outlet to suppliers that do not comply with NDPE policy requirements. The domestic Indonesian biofuel sector is one such market, both for palm oil producers looking for buyers of non-compliant palm oil and now for plantation developers looking to develop land.

Figure 1: Distribution of Biofuel Quota by Group Companies for 2021 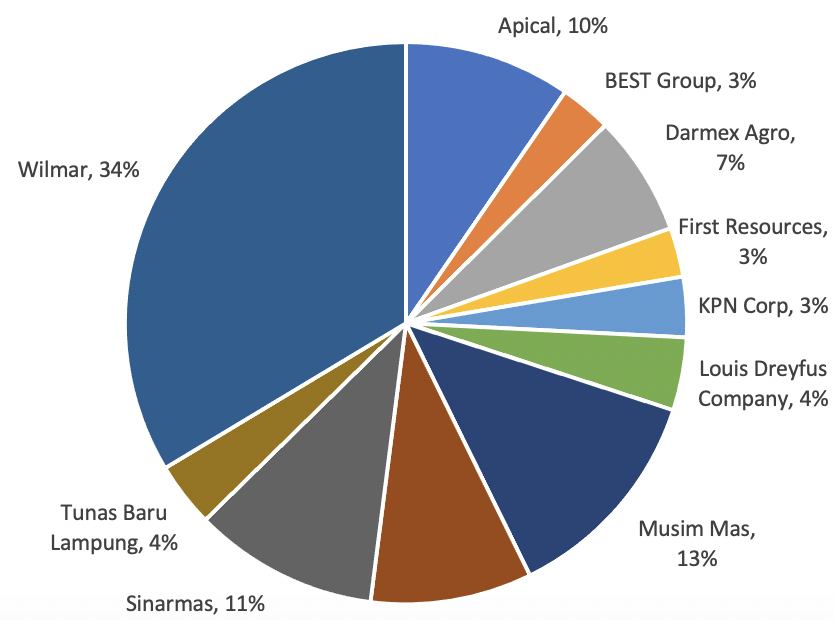