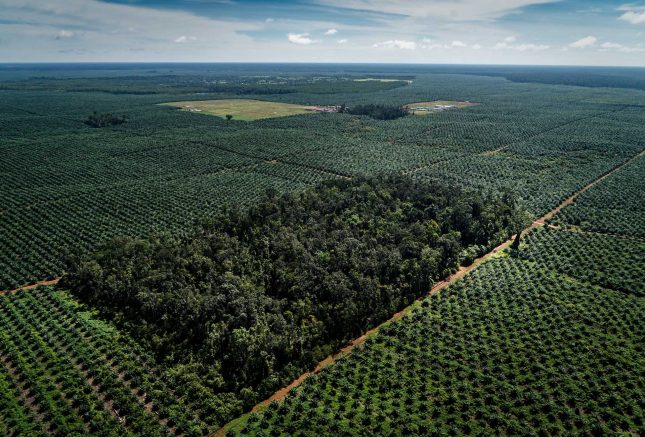 A new report by the Indonesian Consortium for Agrarian Reform (Konsorsium Pembaruan Agraria/KPA) revealed that the COVID-19 pandemic has not slowed the growing number of land conflicts in Indonesia. Instead, more than 200 new agrarian conflicts emerged throughout 2020, with 69 percent (163 cases) related to the plantation and forestry (pulpwood) sector. The development of oil palm concessions was responsible for 101 conflicts, making the sector the largest contributor to land conflicts in Indonesia in 2020.

Land conflicts are common in the Indonesian palm oil sector. CRR previously reported that palm oil is the largest contributor to agrarian conflicts in Indonesia, with 204,135 hectares (ha) affected in 2018, or 1.4 percent of the total oil palm area. Often, customary land belonging to communities is attributed to companies, which then start operating without ensuring the Free, Prior and Informed consent (FPIC) of traditional land users. Land-grabbing conflicts can involve threats of intimidation and violence toward indigenous people or local communities. The Rainforest Action Network has identified ten companies in agribusiness sectors in Indonesia that operate without FPIC. These include Best Industry Group, Genting Group, Jardine Matheson Group, Korindo Group, Rajawali Corpora, Royal Golden Eagle, Salim Group, Sinar Mas, Triputra Group, and Wilmar International.

CRR recently highlighted the reduction in deforestation in 2020 within known oil palm concessions, noting that this decline was likely driven in part by travel restrictions resulting from the COVID-19 pandemic. The KPA report says that these travel restrictions and the prohibition on gatherings imposed by the government have also had an unintended consequence: Preventing communities from voicing disagreements or objections to the expansion of oil palm plantations. Companies seized the opportunity to expand aggressively, resulting in a higher number of land conflicts. Eleven people have been killed as a result of these conflicts, 19 experienced some form of physical violence, and 134 faced criminal charges. Nearly all were indigenous people, farmers, or activists.

One Response to The Chain: New Report Reveals Social Footprint of the ‘Land-Hungry’ Palm Oil Industry