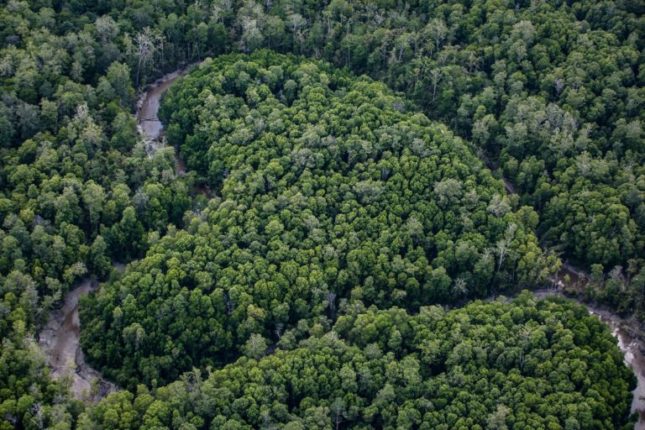 The Chain: Malaysian Company Maxim Global Loses Control of Tanah Merah Concessions in Papua, Forest in Danger of Being Cleared

A Malaysian conglomerate, Maxim Global, has lost control of its 80,000 hectares (ha) of forest in Papua. The forest forms part of the controversial Tanah Merah project, a block of seven concessions, four of which are the focus of an active RSPO complaint against the palm oil company Pacific Inter-Link/HSA Group. The loss of control is the result of a court decision in April 2021.

Maxim Global, previously known as Tadmax Resources, acquired business plantation permits for two companies from Menara Group in 2011. Menara Group initially acquired the seven subsidiaries back in the early 2000s, only to sell most of its stakes in six companies after they received a Izin Usaha Perkebunan (Plantation Business Permit) and a SK Pelepasan Hutan (Forest Release Decree). Menara Group is owned by Chairul Anhar, who at the time had no previous experience in plantation development. He is now the general secretary of the Indonesia-Malaysia Business Council (IMBC).

In 2013, two years after acquiring the concessions, a local investment agency officer found that permits belonging to Menara Group were falsified as the signature of the local investment agency was found to be a forgery. After this discovery, the local investment agency asked the seven subsidiaries to redo the entire application process to obtain legal permits. Yet, one of the seven companies, PT Megakarya Jaya Raya, began clearing the forest, which was soon followed by land development on PT Kartika Cipta Pratama. Both companies claimed their permits were genuine. In 2017, the provincial government began the process of revoking the permits belonging to the other four companies, including those owned by Maxim Group.

Maxim Group believes it still owns the rights to the area in question. However, the court ruled against the company on the basis that the permits obtained by Menara Group were falsified and indigenous groups withdrew their consent on this project. However, according to reports, the permits have been allocated to another company called Digoel Agri, owned by a New Zealand property developer. Digoel Agri has cleared around 228 ha so far, despite not having the consent of local indigenous people.

The Tanah Merah project was the subject of a joint investigation of several media organizations in 2018. The project is disguised by fake addresses, shell companies, offshore secrecy jurisdictions, and many other factors that contribute to an opaque ownership structure and general lack of transparency. The parties and actors with stakes in this project are Malaysian company Shin Yang, the Indonesian company Rimbunan Hijau, Indonesian political actors from the Democrat Party (the late Ventje Rumangkang, whose relative is the founder of Digoel Agri), and Indonesian National Mandate Party member Edi Yosfi (whose relative, Desi Noferita, is one of the shareholders).

The legal verdict and the impairment loss are the beginning of the next chapters in this ongoing saga. In earlier studies, Chain Reaction Research highlighted the risk that the Tanah Merah concessions would become stranded as the clearing of forested areas would be in violation of NDPE market standards and government moratoria. With the revocation of its permits and the financial impairment, this risk has now fully materialized for Maxim Global.

It is believed that the permits were revoked out of dissatisfaction that the plantation activities had yet to start operating, long after the location was earmarked for oil palm plantations. The decision to divert the concession allocation to another company indicates there is no intention of conserving the forest or obtaining approval of indigenous people.