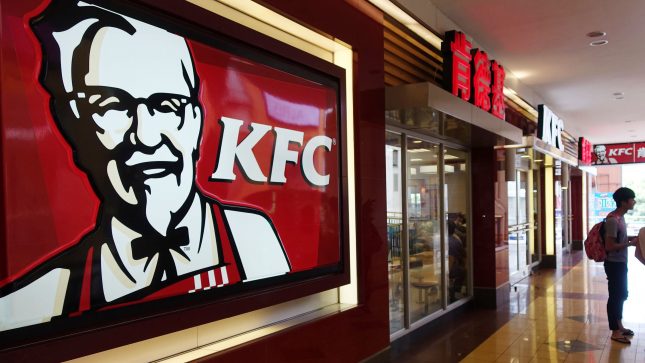 The continued increases in Chinese imports of soy and beef from Brazil have contributed to high deforestation rates in both the Amazon and the Cerrado. In recent years, the China-Brazil trade link has tightened amid volatile U.S.-China relations, the depreciation of the Brazilian Real, and the African Swine Fever outbreak. Brazilian exports of frozen beef to China in the period January to July 2020 soared by 156 percent in comparison to the same period in 2019. Brazilian soy exports reached a record in June. In a sign of expectations that China’s demand for soy and beef may continue, commodity trader Cargill recently expanded its footprint in the country by acquiring a crusher based in north China.

Against this backdrop, food companies operating in China that source soy and beef have come under scrutiny for their connections to deforestation and its associated risks, such as land-grabbing, biodiversity destruction, human rights violations, and labor abuses. One of the main companies to take advantage of the trade link includes Yum China (YUMC), which operates KFC, Pizza Hut, and Taco Bell in China and raised USD 2.22 billion through a secondary listing on the HKEX on September 10, 2020. Since the listing announcement on August 31, the share price has fallen by 14 percent from USD 58 to USD 51. Analysts suggest that the stock’s decline may reflect investors’ concerns about investing in a fast food company at a time when COVID-19 has weakened demand for dining in restaurants. YUMC’s undisclosed deforestation risks may also be heightening investor reservations.

Chain Reaction Research (CRR) found that YUMC, the largest restaurant company in China, likely has a sizeable deforestation footprint due to its massive purchases of chicken, pork, beef, and packaging materials. The estimated amount of soy needed to feed YUMC’s estimated one billion chickens each year, for instance, equals 0.9 to 1.6 percent of total soybean production in Brazil in 2018/19. Soybean production is a major driver of deforestation in Brazil’s wooden savanna biome. Similarly, YUMC’s purchases of imported beef are likely linked to deforestation of the Amazon, where cattle ranching is the primary driver.

Many investors may have not yet integrated YUMC’s deforestation exposure in their decisions, given that the company does not mention meat- and soy-related deforestation risks in its prospectus supplement, and it does not recognize supply chain deforestation risks as a material sustainability issue. While the company has not taken action to address these risks, YUMC will use 45 percent of the listing proceeds to further expand its number of restaurants. This expansion may result in a higher demand for soy and meat, yet the company has not factored in how to source these products sustainably. In fact, CRR found that YUMC vastly underperforms its peers (see p9 in link) in sustainability commitments.

YUMC’s deforestation exposure may translate into material financial risks. A host of factors, including news coverage of Brazil’s fire season, growing investor interest in mitigating ESG risk in equity portfolios, a weak and volatile perception of U.S. brands in China, COVID-19-induced pressure on restaurant companies, as well as growing preference for sustainable consumption among Chinese consumers, may exacerbate YUMC’s negative financial outlook. CRR projects that the company’s financial risks could total USD 5.7 billion, or 31 percent of equity value. Given YUMC’s weak ESG credentials, investors with USD 1 billion in YUMC may be in conflict with their own policies. YUMC shareholders such as BNP Paribas, Norges Bank, Legal & General, and JPMorgan might reconsider their positions or engage the company to support their investment value.

One Response to The Chain: Yum China’s Secondary Listing Moves Forward Despite the Company’s Exposure to Deforestation Risks