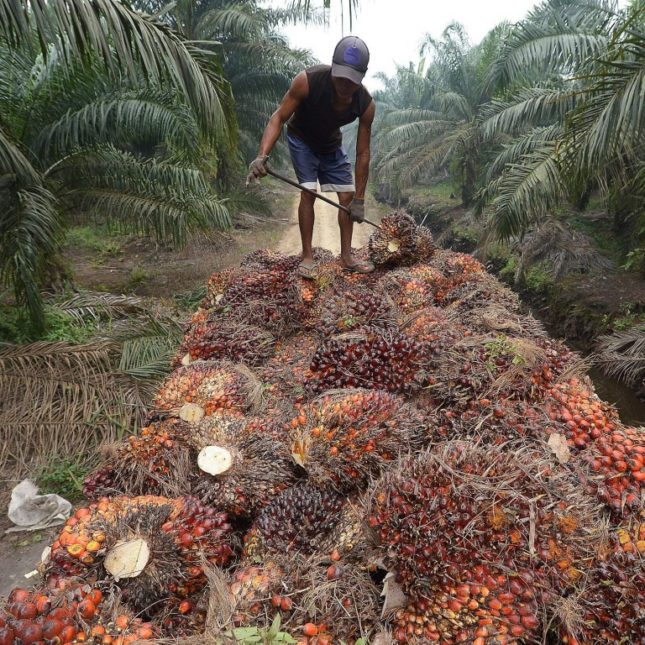 A recent article in Mongabay highlighted deforestation by Capitol Group in Indonesia and the lack of transparency and consistency in how companies with No Deforestation, No Peat, No Exploitation (NDPE) policies respond to cases of deforestation in their supply chains. The article also underlines concerns that fast-moving consumer goods (FMCG) companies and their investors face material reputation risk.

Capitol Group owns three oil palm plantations, two of which are in Manokwari, Papua and one in North Konawe, Southeast Sulawesi. One of the companies in Papua is PT Medco Papua Hijau Selaras (MPHS). PT MPHS has cleared approximately 700 hectares of forest in 2020, making the company the ninth-largest deforester for oil palm in Southeast Asia during the first six months of 2020.

The deforestation on PT MHPS was communicated to NDPE buyers by Mighty Earth in its March 2020 Rapid Response report, and Earth Equalizer began informing select buyers about the deforestation in February 2020.

Wilmar’s grievance list says it began engaging PT MPHS immediately, and PT MPHS clarified that a registered assessor conducted both High Conservation Value (HCV) and High Carbon Stock (HCS) assessments in 2019. PT MPHS was therefore using the HCV/HCS map to guide its land development activities. These assessments are neither available on the websites of the HCS Approach or the HCV Resource Network, nor are they made available by Wilmar.

Wilmar further states that desktop monitoring “identified 26 small sporadic patches of land clearing, totalling between 20 to 30 hectares, may have occurred inside HCV/HCS areas. Field verification by PT MPHS to investigate the allegations, initially scheduled for March 2020, was postponed to June 2020 following movement restrictions imposed by the authorities due to the COVID-19 situation. Further investigation revealed that the land clearance was a result of pressure from the community to develop areas for plasma smallholders programme. Several field assessments have been conducted thereafter to determine the details or the affected areas and location. The full field details were finally completed in September 2020.”

Wilmar claims PT MPHS has agreed to rehabilitate the pockets of land clearing identified in the HCV/HCS assessment reports. It has committed to submit the HCV/HCS assessment reports to be peer reviewed while observing a strict moratorium on further land clearance, which was put in place in September 2020. Moreover, the company has prepared management plans for HCV/HCS areas, protecting these areas while preventing similar incidences from recurring.

Wilmar’s explanation, however, is disputed by Mighty Earth’s campaign director Phil Aikman and David Gaveau, the manager of Papua Atlas. Both say areas cleared are primary forest. Wilmar has also been criticized for accepting the HCS assessment despite it not being peer reviewed. Wilmar has also faced criticism for not pressuring Capitol Group to enforce a stop work order while investigations were carried out, which allowed deforestation to continue until September 2020.

The Mongabay article also highlights that groups monitoring deforestation and Wilmar have differing perspectives on the engagement process. The article underscores the lack of transparency during the engagement process between NDPE buyers and suppliers, along with the willingness of buyers to accept the content of assessments despite those assessments not being publicly available or peer reviewed. This issue involves Wilmar specifically and the wider industry generally.

Wilmar says it can’t publish maps and related documents from its suppliers without their consent. The company only required its suppliers to have their HCV/HCS assessments peer reviewed under an updated policy in September 2019. However, the lack of publicly available documents means that there is no way for information obtained during engagement to be independently verified. A review of Wilmar’s grievance list shows this issue has affected several of its cases:

This issue does not only affect Wilmar. The Indonesian grower First Resources claims on its website,  “A total of 15 HCS assessments covering all 110,000 hectares of our development bank have been carried out since the introduction of our Policy on Sustainable Palm Oil in 2015.” However, only one assessment, related to First Resources’ subsidiary PT Swadaya Mukti Prakarsa, is available on the HCS Approach website. It is unclear if the 14 other assessments have been peer reviewed or are publicly accessible.

Sime Darby’s grievance list also references several documents that were shared with the company during engagement with non-compliant suppliers that are not publicly available (see Samling/ Glenealy, Double Dynasty and Rimbunan Hijau/Gilford Ltd).

The issue of supplier pushback against making information public and refusing to share concession maps is contentious. The global palm oil industry operates in  a variety of regions with vastly different policies regarding the sharing of data, and each case is assessed on an individual basis. However, the Capitol Group case shows how risks can escalate if engagement is conducted without full transparency and with evidence that is only provided in assessments that haven’t been peer reviewed or can’t be shared with external stakeholders.

The Mongabay article ends with a quote from MapHubs CEO Leo Bottrill, who said the case is “a good example of the growing democratization of deforestation monitoring. Watchdogs, downstream palm oil buyers, and investors can scrutinize deforestation cases irrespective of what companies choose to share or not share about their practices.” This surveillance will only grow stronger as technology improves and more software is made publicly available. Companies in the palm oil industry could accelerate the transformation of the industry and plug gaps by committing to increased transparency and making engagement documents publicly accessible.

FMCGs face material reputation risk. With a potential loss of 3-15 percent of their market capitalization value, this risk is 9-45X higher than these companies themselves estimate in CDP Forest applications. Pension funds and other shareholders invested in these FMCGs could experience material value reductions in their portfolio due to lack of engagement or lack of divestment action.