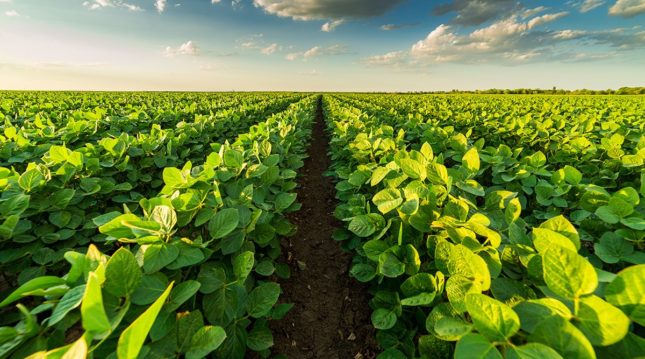 The Chain: Pressure on Soy Traders Rises as Norwegian Salmon Producer Cuts off Brazilian Market Due to Deforestation Concerns

Starting in January, Bremnes Seashore, a major Norwegian salmon producer, will stop purchasing soy from Brazil, posing a market access risk for soy traders. The company, which purchases soy through fish feed, cited that rising deforestation rates and threats to its sustainability targets as reasons to cut off Brazilian suppliers. “Soy-based feed is a major input for salmon production, and the use of soy represents an increased sustainability risk due to the soy-driven deforestation in Brazil,” said Simon Nesse Økland, Head of Development at Bremnes Seashore, in a statement. “The escalating deforestation numbers, and the lack of measures to stop deforestation, makes it impossible for us to continue to use soy from Brazil.” The company will pivot to sourcing soy from only the European market.

The Norwegian fish farming industry has been important in forcing soy traders to address deforestation risks in their supply chains. Last year, Norwegian Salmon Group stopped using Brazilian soy for its fish feed. In June 2020, Norwegian Grieg Seafood said it would not use any of its funds from its new Green Bond to buy feed supply from Cargill Aqua Nutrition, a wholly owned subsidiary of Cargill, due to the trader’s links to land clearing in the Cerrado soy market. Grieg Seafood took this action even though it did not source from Cargill’s operations in Brazil. Its main intention was to influence the entire soy supply chain in Brazil to help spark a broader dialogue on sustainability and deforestation risks. Grieg Seafood told CRR soon after the launch of its Green Bond: “Our goal is an end to soy-related deforestation of the Cerrado, and Cargill says that they share this goal so what we now need from them is action.” Also this year, Mowi, another Norwegian seafood company that sources soy from the Brazilian market, increased its ambition to curb deforestation by aiming to not purchase soy traced to newly deforested areas by the third quarter of 2021. Marks & Spencer, meanwhile, has eliminated soy from its milk production. Developments this year come after Nestle stopped purchasing from Cargill’s Brazilian operations in 2019.

Soy traders are also under pressure from investors that have policies on deforestation and NGOs tracking developments in Brazil. Investors have written letters to both the Brazilian government and companies in both the cattle and soy industries to take measures to address deforestation or possibly face divestment. Meanwhile, NGOs have also been more vocal as widespread fires in both the Cerrado and the Amazon have captured international attention. Rainforest Foundation Norway, in a statement on Bremnes Seashore, called on all buyers of Cerrado soy to urge suppliers to commit to not purchasing soy from area cleared after July 2020. If they do not take measures to reduce exposure to deforestation in their supply chains and meet the demands of buyers, more companies could follow Bremnes Seashore, exposing traders to even more market access risks at a time policymakers in the EU and the UK are considering legislation to tackle deforestation in commodity supply chains. “Unless industry leaders like Cargill and Bunge establish instruments to protect the remains of Brazil’s native forests from soy expansion, it is likely that more companies will move away from Brazilian soy due to its deforestation risk,” says Ida Breckan Claudi, senior advisor at Rainforest Foundation Norway.

4 Responses to The Chain: Pressure on Soy Traders Rises as Norwegian Salmon Producer Cuts off Brazilian Market Due to Deforestation Concerns