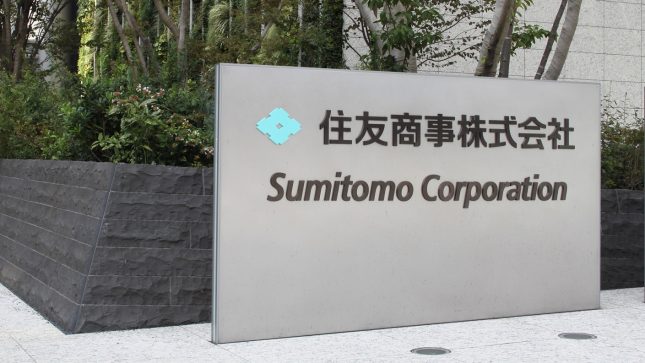 Japanese trading house Sumitomo Corporation is seeing increasing pressure from NGOs and investors over its climate policies. In particular, the company is under increased scrutiny over its plans for a new coal-fired power plant in Bangladesh and its imports of wood chips, wood pellets, and palm kernel shells, which contribute to forest loss in Southeast Asia. The company’s recently revised climate policies, which aim for carbon neutrality by 2050, include gaps that allow it to continue to operate coal plants until the late 2040s, putting its long-term plan at odds with the 2015 Paris Agreement. Moreover, its forest policies are deemed inadequate in dealing with ties to deforestation.

Mighty Earth has been campaigning since 2019 to get Sumitomo to strengthen its climate policies, which lag its competitors, are inconsistent with trends in Asia, and could lead to greater financial and reputation risks. “Sumitomo is also paying a financial cost for its refusal to shift its operations to more environmentally friendly production modes,” Mighty Earth pointed out in a new report, noting that half of its USD 1.4 billion losses in 2020 stemmed from its fossil fuel activities. In the biomass market, Sumitomo has not adequately addressed forest protection, transparency, traceability, and NDPE policies. “The company’s insufficient policy and practice pose significant financial risks to the company in a transition to a decarbonized economy,” Market Forces says in the resolution. “The proposal will allow shareholders to be informed as to how the company is managing risks of this nature.”

As CRR highlighted in a recent report, Japan is a large buyer of palm oil and timber products from Indonesia and Malaysia, making it a leakage market for unsustainable palm oil and timber. Sumitomo is one of the major trading companies that purchase and finance unsustainable palm oil and/or plywood. While some of its competitors, ITOCHU, Mitsui, and Mitsubishi, have NDPE polices (though they are not compliant to date), Sumitomo does not have one. Recently updated bank/investor policy assessments by Forests & Finance show that financiers of Sumitomo Corporation, including Nomura, Mizuho Financial, and Mitsubishi UFJ Financial, might be in conflict with their palm oil and timber policies. Sustainability in Japan’s palm and timber products has seen greater examination recently as the country has prepared to host the Olympics this summer in Tokyo. The Rainforest Action Network (RAN) has targeted Japanese companies and financiers for years over their lack of transparency and links to deforestation driven by both the timber and palm oil markets. For instance, in November 2018, RAN, WALHI, TUK Indonesia, and Profundo revealed how Korindo, as an exporter, and Sumitomo Forestry, as an importer, provided plywood for the construction of the Ariake Arena, a venue for this year’s Tokyo Olympics.

« The Chain: Less Rainfall Caused by Amazon Deforestation Could Lead to Almost $200B in Losses for Beef and Soy Sectors The Chain: What the Court Decision on Shell and the Lawsuit Against Casino Group Mean for Deforestation-linked Sectors »