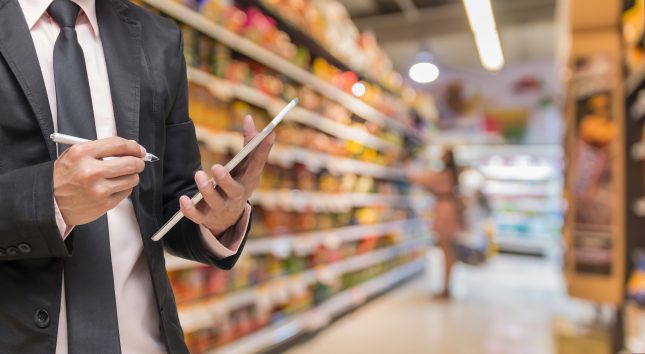 The Chain: Despite New Commitments from Tyson, Kellogg’s and PepsiCo, Industry Still Mixed on Progress in Reducing Deforestation Risks in Supply Chains

Recent pressure from investors and NGOs have facilitated downstream actors to either adopt new zero-deforestation commitments or enhance existing pledges. This year is key for major consumer-facing companies as many have targeted 2020 to completely eliminate deforestation from their supply chains. But the industry as a whole has fallen short of this goal, with some companies even backtracking or fully scrapping their policies. Failure to fulfill commitments and links to deforestation could cause reputational risks for downstream companies as climate change becomes a growing concern for consumers and investors.

U.S.-based Tyson Foods, a major distributor of meat products with sales in 125 countries, is developing a zero-deforestation policy, which prompted activist investor Green Century Capital Management to withdraw its shareholder proposal in February. Tyson Foods has limited exposure to deforestation risks in its U.S. supply chain, but its growth in Brazil, Southeast Asia, Kazakhstan, and China opens it to deforestation-related risks along its beef and soy supply chains. Its poultry operations make it a large user of soy-based animal feed. Last year, Tyson Foods’ purchase of 40 percent of poultry company Vibra Foods gave it a significant increase in exposure to the Brazilian market, where soy supply chains are major contributors to deforestation.

Tyson Foods is working with Proforest to develop its No Deforestation, No Peat, No Exploitation (NDPE) policy, along with commitments to enhance monitoring and transparency. Forest 500 ranked Tyson Foods, a member of the Consumer Goods Forum, with a score of only 16 percent in its latest report. Besides committing to developing a zero-deforestation policy, Tyson Foods also said it would “establish supplier monitoring and engagement policies.”

Kellogg’s announced in late February that it will bolster its sourcing policy, phasing out palm oil credits by 2025. The use of credits has come under pressure from activists who have found using credit schemes as ineffective in avoiding suppliers linked to deforestation. Like Tyson Foods, Kellogg’s is working with Proforest through its transition to support smallholders in improving their efficiency so they do not clear land to increase palm oil production. Kellogg’s also joined the Palm Oil Transparency Coalition (POTC) as part of an effort to require its suppliers to agree to NDPE policies.

In 2014, Kellogg’s agreed to a zero-deforestation policy after pressure from NGOs and investors such as Green Century. It is a member of the Consumer Goods Forum and a signatory of the New York Declaration of Forests. Forest 500 gives the company a relatively high score on palm oil (81 percent), but only 42 percent for soy and even lower for its reporting and implementation strategy. Chain Reaction Research found that products from four of the top 10 deforesters in Southeast Asia are in Kellogg’s palm oil supply chain.

PepsiCo has strengthened its sustainability policies to limit deforestation, peatland destruction, and human and labour rights violations. The company said late last month it will expand its policy to stop buying palm oil from all suppliers, both direct and indirect, that have had ties to deforestation in the past four years. The new policy includes suppliers being compliant at the group level, covering PepsiCo’s joint venture partner Indofood, which left the RSPO last year and is owned by the Salim Group.

With its new policy, PepsiCo, which uses about 450,000 metric tons of palm oil per year, could leverage its market power to encourage suppliers to adopt stricter standards. In 2018, slightly more than 50 percent of PepsiCo’s palm oil was RSPO certified. PepsiCo is aiming to meet its NDPE targets by the end of this year, publish its strategy for implementation also by the end of 2020, and revamp its grievance process.

PepsiCo’s more ambitious policy comes as a result of campaigns by organizations such as the Rainforest Action Network (RAN), OPPUK (Indonesian workers’ rights organization) and the International Labor Rights Forum. RAN’s campaign began in 2013 and intensified as an increasing number of links to deforestation and labour abuses were documented. The three NGOs started the engagement process in mid-2018 to update PepsiCo’s policy. “We commend PepsiCo for adopting a comprehensive policy and leading actions that, if implemented, will drive change in its palm oil supply chain as well as the broader palm oil industry,” said Robin Averbeck, Agribusiness Campaign Director with RAN.

Progress among major companies such as Tyson Foods, Kellogg’s, and PepsiCo masks the larger issue of the industry falling behind on commitments to reducing deforestation in commodity supply chains. Forest 500’s latest annual report, which assesses 350 forest-risk companies and 150 financial institutions, shows that the industry as a whole is not showing material progress on limiting deforestation risks. Its findings note that 40 percent of companies do not have deforestation pledges, and for those with commitments, about half do not report on their progress. “Rising deforestation rates in 2019, and extensive fires in both the Amazon and Indonesia highlighted the on-going failure of companies to address tropical deforestation in agricultural commodity supply chains,” the report said. It adds that the financial sector lags industry, as almost 70 percent of the top financial institutions exposed to agricultural commodities do not have commitments to reduce deforestation.

Failure to develop and implement sustainability commitments could expose companies, and the entire consumer goods sector in general, to reputational risk. CRR has shown how companies handle reputational risks can have a significant impact on their valuations. The difference between the leaders closer to their 2020 deadlines and those that lag may result in major differences in financial performance. NGO campaigns could become more intense in coming years for industry laggards as climate change becomes more of a concern for consumers and investors.